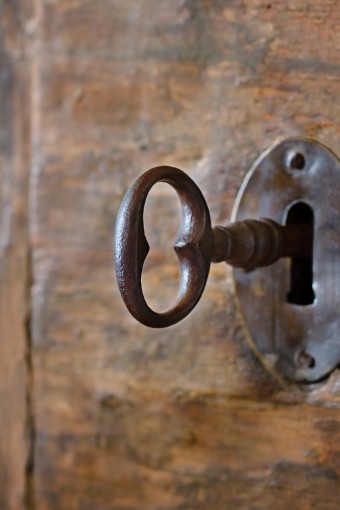 In 1980 America, the Cold War was still very much hot, Ronald Reagan was elected President, and the United States’ Olympic hockey team shockingly upset the USSR in what would be dubbed “The Miracle on Ice.” Oh, and the new president of Iraq, Saddam Hussein, was given a key to the city of Detroit. How did this come to pass?

Honoring an individual with a key to the city is actually a more tangible variation of another practice known as “Freedom of the City” or, if conferred onto the military, “Freedom of Entry.” More commonly called this in Europe, the practice traces back to ancient Rome and their honoring of the sacred boundary known as the “pomerium.”

The pomerium, Latin meaning “behind the wall,” was the open space just inside of the old city’s’ walls. This space was dedicated to the gods as gratitude for protection. Besides the religious significance, the authority of a Roman general was only valid outside the pomerium and not within the city’s walls. No military affairs were allowed beyond the pomerium. In fact, any soldier or general who crossed that line lost all military power and became simple civilians. The only exception was during victory celebrations, in which generals and soldiers entered the city in honor to celebrate their success in battle. In other words, they had the “Freedom of the City.”

It was in medieval Europe when physical keys started being used, around the sixth or seventh century. When a monarch or ruler came upon a city or town, the leaders would greet him and hold a celebration in his honor (with dancing, food, wine…lots of wine). They would, then, present him with a real key to the city’s gate, allowing this ruler unlimited access. There was also a related custom of giving such keys to certain respected merchants and tradesmen, who could enter the city without needing to pay a tax or toll.

It seems the first time such an honor was given in the United States was in New York City on June 27, 1702. Mayor Philip French (mayor of New York City for only one year) gave the Viscount Cornbury, Edward Hyde, the British governor of New York and considered the most powerful man in the colonies, “Freedom of the City.” Additionally, Mayor French declared that all those in the city who were too poor to purchase their own freedoms were given “Freedom of the City Gratis” for the day.

So that’s how the custom of giving a key to the city started and how it made its way to the United States. So why was Saddam Hussein given such an honor by the city of Detroit?

Hussein became President of Iraq on July 16, 1979. Six days later, he ordered the execution of twenty one Iraqi government officials (including five ministers) who were accused of being “traitors.”

Hussein was a Sunni Muslim, though religion was never truly a huge part of his belief system. What Hussein did value was loyalty and political support. So, when Reverend Jacob Yasso of the Chaldean Sacred Heart in Detroit, Michigan publicly congratulated Hussein on his rise to power, the compliment didn’t go unnoticed. Jacob Yasso was born in Telkaif, Iraq and after high school, was recruited to Rome where he completed his masters degree in Philosophy and Theology. In 1960, he was ordained a priest in the Chaldean Catholic Church. Chaldean Catholics are Catholics whose ethnicity stems from the ancient area of Mesopotamia, more specifically northern Iraq, southeast Turkey, Syria, and northwest Iran. In 1964, he was appointed to serve the growing Chaldean community in Detroit.

In response to Yasso’s congratulations, Saddam sent the church $250,000. This came as a surprise to Yasso considering this regime had actually criticized Yasso for questioning their nationalization of Iraqi schools. According to an interview Yasso gave in 2003 with the AP, Saddam Hussein was making donations to Chaldean churches across the world at that time, so giving money to his church wasn’t necessarily out of the ordinary for Iraq’s president. Plus, Detroit had the largest Chaldean population in the United States, who predominately supported the rise of Hussein in Iraq.

Yasso and Hussein kept in touch, and about a year later, in 1980, along with about twenty five people from the Detroit Chaldean community, he was a guest of the Iraqi government and arrived in Baghdad. Then, he was led into Saddam’s palace. In the same interview, Yasso states “We were received on the red carpet.” At some point during the celebration, Yasso presented Saddam Hussein a gift from then-mayor of Detroit, Coleman Young, a key to the city, which of course at this point in the practice of giving keys out didn’t unlock anything, but was merely a symbolic honor.

This act of honoring of a man today generally thought of as having been a ruthless tyrant, didn’t happen in a vacuum. In the late 70s, the United States employed the well-known philosophy, “an enemy of our enemy is our friend.” Saddam Hussein’s Iraq was engaged in a war against Iran. Considering the US’s own issues with Iran, the State Department very much supported Iraq in the war. In fact, there is some evidence that the State Department actually encouraged Detroit mayor Coleman Young to ask Rev. Yasso to present a key to the city of Detroit to Hussein.

In Baghdad, Saddam graciously accepted the honor and asked Yasso, “I heard there was a debt on your church. How much is it?” Yasso said yes there was, approximately for $170,000. Saddam gave him a check for $200,000 dollars, enough to pay the debt and build a new recreation hall.

In the 2003 interview, Yasso went on to say that Saddam was an American puppet and once the US government didn’t need him anymore, he was no good. However, he did admit that while Saddam Hussein may have been a “good person” at some point, “money and power changed the person.”