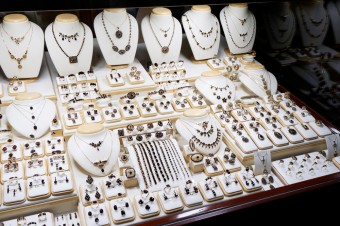 Have you ever said something that you ended up immediately regretting or wanted to take back straight away? Well, unless your words cost someone nearly a billion dollars, then you haven’t messed up quite as bad as Gerald Ratner did back in 1991. Yet.

Ratner was the CEO of the Ratners Group, jewellers that shook up the usually stiff and inflexible jewellery market by aiming some of its products at the working class through a chain of shops colloquially known as “Ratners.” Although the chain was widely ridiculed and considered “gaudy,” “tacky” and “cheap” by the press and other jewellers, many wanting to buy jewellery and not break the bank flocked to the stores, turning Ratners into a household name throughout England in the 1980s.

This unprecedented move was primarily spearheaded by Ratner himself and it turned what was once a small, family-owned chain into a billion dollar business, threatening other jewellers the world over- if everyone owns and wears jewellery, and it is sold cheaply, it loses much of its prestige and perceived value which has long made certain mostly worthless jewellery items extremely expensive.

Ratner started working for the company in 1965 when he was a fresh-faced teen. In the 19 years he worked for the company, it made almost no market headway. When he inherited the company in 1984, he expanded it from about 150 shops to over 2,000 in just six years, capturing over 50% of the UK’s jewellery market.  Ratner appeared to be a business prodigy.

In his autobiography, Gerald Ratner: The Rise and Fall… and Rise Again, Ratner claimed that his success in the 1980s was down to an experience he had when he was younger at Petticoat Lane Market. At this market, Ratner noticed that it wasn’t the vendors selling the best goods that got the most sales or interest from customers, it was the vendors who yelled the loudest and had the most garish, eye-catching displays.

Ratner eagerly applied this concept to his own business when he took over the Ratner Group in 1984, and he made sure that all of the shops in the Ratners chain had bright orange displays that loudly advertised their prices and deals.

This, combined with the rock-bottom prices the chain was offering, saw sales explode. At the peak of his company’s success, Ratner was invited to speak to the Institute of Directors, a group of high-powered businessmen and journalists, about how he’d made his company so big so fast. The speaking engagement, which Ratner himself now refers to as “the speech,” has since gone down as one of the biggest blunders in business history.

Though the speech was going well for a while, the fateful moment came when a person in attendance innocently asked Ratner how his company was able to afford to sell things so cheaply; his now infamous response was as follows:

…We also do cut-glass sherry decanters complete with six glasses on a silver-plated tray that your butler can serve you drinks on, all for £4.95. People say, ‘How can you sell this for such a low price?’ I say, because it’s total crap.

cheaper than an M&S prawn sandwich but probably wouldn’t last as long.

Though Ratner claims he intended the comments as a joke (though from the sound of it a joke at the expense of his customers) and thought because it was a private event that nothing said would be reported to the public, the journalists listening didn’t see it that way on either count, and the very next day his comments were national news. The effect on the company’s profits were practically instantaneous. Almost overnight shares in the company dropped by £500 million or around $800 million (about £936 million / $1.6 billion today) and customers began avoiding Ratners stores like the plague. The phrase “doing a Ratner” entered the English lexicon as a term for really screwing up.

Just a year after Ratner’s speech, Ratners stores began closing down by the hundreds, resulting in thousands of jobs being axed. The company claimed that the dramatic loss of profits was due to “a shift in consumer spending habits,” which is kind of true in a sense, but it’s pretty obvious from the five hundred million pound punch to the gut they received just a year prior, that it was really due to Ratner’s speech.

Ratner resigned in November of 1992 and the company, in an effort to distance itself further from Ratner, unceremoniously re-branded themselves as the “Signet Group” in 2002.

Though his speech had cost his company hundreds of millions of dollars, Ratner himself came out of the scandal relatively unscathed, as noted in this interview with him, “I sold my shares on the day I left. I didn’t make anything. The only good news was that the £1billion owed to the bank stayed with the company rather than me.”

He then managed to acquire a few million pounds by mortgaging his house and investing the money in various business ventures, such as a health club business that he sold in 2001 for £3.9 million (adjusted for inflation about £5.6 million today or about $9.4 million).

These days, he runs a jewellery business with an estimated value of about £35 million or $59 million. When he’s not doing that, Ratner occasionally earns extra money by giving speeches at business conventions.

I tell people that having a setback, whether it’s going bankrupt, being divorced or ill, doesn’t mean it is the end of you. Getting my audience to laugh puts me on a huge high and people now realise I am no longer the arrogant snob they thought I was.