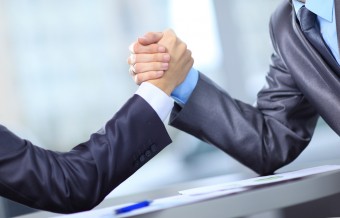 David vs. Goliath. Burr vs. Hamilton. Ali vs. Frazier. These fights have captured the public’s imagination like few others. On March 20, 1992, another battle entered this conversation. Herwald vs. Kelleher. Okay, so most likely, you probably don’t have any clue who Kurt Herwald and Herb Kelleher are and why they decided to match up against one another, but you soon will.

Prior to 1978, the airline industry was completely regulated by the government. As in, if a seat on a flight from Washington DC to New York City was a hundred dollars on United, it would be hundred dollars on Continental and American as well. Prices were the same for every airline due to federal regulations, as dictated by the Civil Aeronautics Board, because it was considered interstate commerce. That is unless the airline only flew within one state. That was the thinking behind Texas businessman Rollin King’s creation of Air Southwest.

In 1968, King saw a gap in the airline market. Texas was a big state- bigger than the UK, the Netherlands, Austria, and Italy combined- and it was rather time-consuming to drive between cities. So, why not create an airline that would fly passengers between cities? Legend has it that he conceived the idea on a cocktail napkin in San Antonio, but King later admitted this wasn’t quite true, but made for a great story.

Since the airline only would operate within one state, their prices wouldn’t be regulated. They could charge whatever they liked – including drastically lower fares. King, knowing he would need help to get this idea, literally and figuratively, off the ground, approached his lawyer, Herb Kelleher. The two Texans went into business together, creating Air Southwest.

As one would imagine, the rest of the industry did not take too kindly to a rogue airline trying to circumvent the rules, so did what most companies do in this situation, sicced their lawyers on the upstart. Texas International, Barniff, and Continental were among the airlines that fought Southwest. After three years of litigation, the Texas Supreme Court finally upheld Southwest’s right to fly in Texas. When the US Supreme Court decided to withhold comment, it was a done deal. They changed their name to Southwest Airlines and on June 18, 1971, Southwest began service to Dallas, San Antonio, and Houston.

From the beginning, Southwest Airlines, led by King and Kelleher, fostered it’s reputation as a fun and zany airline. Their lower prices helped with this. So did the (all-female) flight attendants wearing bright orange shorts and go-go boots.

With the Airline Deregulation Act of 1978, the airline industry deregulated and Southwest began flying to places outside of Texas, with New Orleans being the first in December of 1978.

Southwest Airlines had always used catchy, whimsical advertising and slogans to promote their brand. “Love is Still Our Field” was their first slogan, premiering in 1972. (Love Field in Dallas was, and still is, the location of Southwest corporate headquarters.) Then, came “Somebody Up There Loves You” and “THE Low Fare Airline.”

On October 22, 1990, Southwest introduced a new slogan in Phoenix, “Just Plane Smart.” They used that slogan for about 15 months until they got a call from Stevens Aviation in Greenville, South Carolina. Apparently, they had been using the slogan “Plane Smart” prior to Southwest.

Instead of spending hundreds of thousands of dollars on legal fees and letting the courts decide the matter, Stevens Aviation chairman Kurt Herwald came up (along with executive vice-president Stephen Townes) with an idea. They challenged the CEO of Southwest, Herb Kelleher, to an arm wrestling match for the rights to the slogan “Plane Smart.”

Herwald knew Southwest’s propensity for doing things outside of the box, plus he thought he publicity for the two companies would be far better in the long run than fighting via the courts for a slogan. Kelleher excitedly accepted.

“Malice in Dallas” was to be held on March 20, 1992 at the famed wrestling forum, the Dallas Sportatrium in downtown Dallas. This quite obviously was a home game for Kelleher and Southwest, with their headquarters mere miles away. But Herwald was fine with it- anything for publicity.

Besides losing rights to the slogan, the loser of each round (it was going to be a best of three competition) would have to donate $5,000 to the Muscular Dystrophy Association or Ronald McDonald House of Cleveland.

The days leading up to the match-up, both companies heavily promoted it. Customers and well-wishers sent items to Kelleher that they thought would help him win, including a box of Wheaties, a can of spinach, a bottle of Wild Turkey, and “anabolic steroids from Mexico.”

Both men showed up to the ring at nine am on Friday, March 20th prepared to fight. They also made a spectacle out it. Herb Kelleher arrived in a bus with cheerleaders wearing a white satin robe. Kurt Herwald, when introduced, ran from the tunnel in a red robe with boos reigning down from the pro-Southwest crowd.

After Kelleher arrived in the ring to the “Rocky” theme song and pre-match tussling between the two corners died down, the competition began.

Immediately, Kelleher called in a “replacement” due to his “injured arm” that he suffered while saving a child on his way to the arena.  That replacement was J.R. Jones, the 1986 Texas arm wrestling champion. Jones and Southwest Airlines easily won the first around.

The second round, Herwald brought in a “ringer” as well, one of his employees – “Killer” Annette Coats. She faced off with Kelleher, even though his arm still “hurt.” Coats defeated him in a manner of seconds.

Now with theatrics out of the way, the real match began. The third round was perfectly set-up with a winner-take-all between the two faces of their companies. Herwald, in a red polo shirt, and Kelleher, with a cigarette hanging out of his mouth, locked arms in a dead heat for a solid 35 seconds.

Finally, Herwald pinned Kelleher’s arm for the win. Boos erupted from the crowd in Dallas, but Herwald won fair and square, meaning Stevens Aviation got to keep the slogan. But Kurt Herwald decided to do things a bit different one more time. He allowed Southwest to use the slogan too as a show of good sportsmanship and for Southwest’s willingness to accept such a crazy proposal in the first place when so many other companies would have simply gone to court.

After the match-up, both heads of the companies agreed that determining the dispute this way was a fantastic idea for publicity, their bottom line, and a way to show the personalities of their companies. Said Herwald,

There’s too much litigation in business today and not enough leadership. We need more guys like Herb Kelleher who are willing to say we don’t need to go to court all the time.

Kelleher told the New York Times that if Stevens and Southwest went to court about this, it would have cost Southwest $500,000  and a few years to decide. He also admitted that, “Frankly, Stevens had been using ‘Plane Smart’ in their ads longer. We didn’t know about it but they had it first. So we might well have lost the case on top of all that money, effort, and time spent on it.”

Both companies believe that the “Malice in Dallas” had much to do with their rise in profits directly after. Stevens Aviation, three years later, was making nearly four times as much as it did in 1992. Ed Stewart, manager of public relations for Southwest, estimated it at least generated six million dollars in publicity, and a mere year later Southwest’s stock prices had doubled. And to top it all, $15,000 got donated to charity between the three rounds. Even the President of the United States took notice. George H.W. Bush sent a congratulatory letter to both participants calling it a “win-win.”