January 25, 2014 Daven Hiskey Leave a comment
This is a weekly wrap of our Daily Knowledge Newsletter. You can get that newsletter for free here. 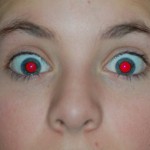 Today I Found Out what makes your eyes red in flash photographs.  Simply put, that crazy zombie look people tend to get, as if they are about to use you as a pre-lunch snack, has to do with how light from a camera flash reflects off the eye, and the specific wavelengths at which it tends to do this. It is important to note that the term “light” can refer to any electromagnetic radiation, not just the radiation in the visible spectrum. Electromagnetic radiation can be classified into seven types; Gamma, X-ray, Ultraviolet… (more) 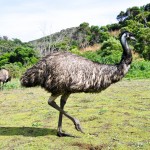 Emus are native to Australia, and as everyone knows, nearly everything in Australia seems capable of killing you. If the sun doesn’t do it, there are still redback spiders, funnel webs, and Taipans, and others to contend with. It should come as no surprise, then, that the emu—part ostrich, part velociraptor—is also an annoyance bent on making the lives of people living in Australia miserable.  Okay, so I was only joking about the velociraptor part, but in truth, velociraptors are thought to have had feathers, and looked something like a modern day turkey, contrary to what Jurassic Park would have you believe. Emus more strongly resemble ostriches… (more) 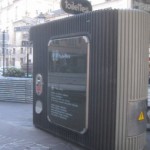 Going to the bathroom might be the one and only activity in America that’s cheaper than it used to be.  Pay toilets used to be the rule in airports, bus, and train stations, and one would also often encounter them in gas stations and restaurants. The earliest pay toilets in history were erected in Ancient Rome in 74 AD- during the rule of Vespasian, after a civil war greatly affected the Roman financial scene.  Vespasian’s initiative was derided by his opponents, but his reply to them became famous: “Pecunia non olet”  (“Money does not smell”)…  Wise words. Fast-forward to… (more) 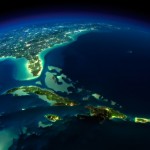 The Bermuda Triangle is a large area of ocean between Florida, Puerto Rico, and Bermuda. Over the last few centuries, it’s thought that dozens of ships and planes have disappeared under mysterious circumstances in the area, earning it the nickname “The Devil’s Triangle.” People have even gone so far as to speculate that it’s an area of extra-terrestrial activity or that there is some bizarre natural scientific cause for the region to be hazardous; but most likely, it’s simply an area in which people have experienced a lot of bad luck—the idea of it being a “vortex of doom” is no more real than Bigfoot or the Loch Ness Monster (see The Origin of the Bigfoot Legend and The Origin of the Loch Ness Monster). The Bermuda Triangle’s bad reputation started with.. (more) 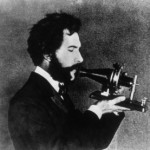 The very brief popularity of this telephone greeting stemmed from the fact the “ahoy-hoy” was Alexander Graham Bell’s preferred way to answer the phone.  Ahoy-hoy derives from the term “ahoy”, which is generally associated with being a nautical term used for hailing ships.  However, there is also significant evidence that it was popularly used as a way to more or less say “hello” in non-nautical situations.  Further, “hoy” was commonly used as far back as the 14th century as a call to use while driving cattle.  This precedes the first known instance of it being used in the nautical sense,… (more) 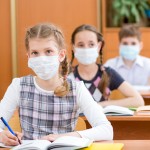 What if we told you that around 90 years ago an epidemic swept across the world that killed over a million people while affecting numerous others, before disappearing, leaving the finest scientific minds of the age absolutely stumped . Then what if we told you that when it didn’t kill you, this illness could instead potentially trap you inside your body, stopping you from having the will to move or speak. You’d say… (more) 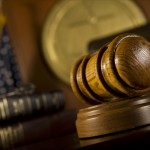 Most Americans know they cannot be forced to incriminate themselves. Yet, many are unaware that this privilege is limited, and some have even been held in contempt of court when they tried to “take the Fifth” inappropriately. Here’s how:  More than just protection against self-incrimination, the Fifth Amendment vests Americans with a number of rights and privileges including to due process, to compensation when the government takes property, against double jeopardy and in pertinent part… (more) 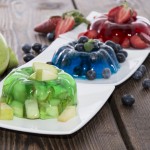 For over a century, Jell-O has been a part of American culture and, according to a 1904 edition of the Ladies Home Journal, “America’s Favorite Dessert” (conveniently enough named such in an advertisement paid for by Jell-O before anyone was really buying it all). That said, ever since then it really has been one of the most popular deserts in America. The story of this fruit-flavored, gelatin-based icon includes good old-fashioned American ingenuity, brilliant marketing, and a wobbly start. Gelatin, the main ingredient in Jell-O, has been… (more)