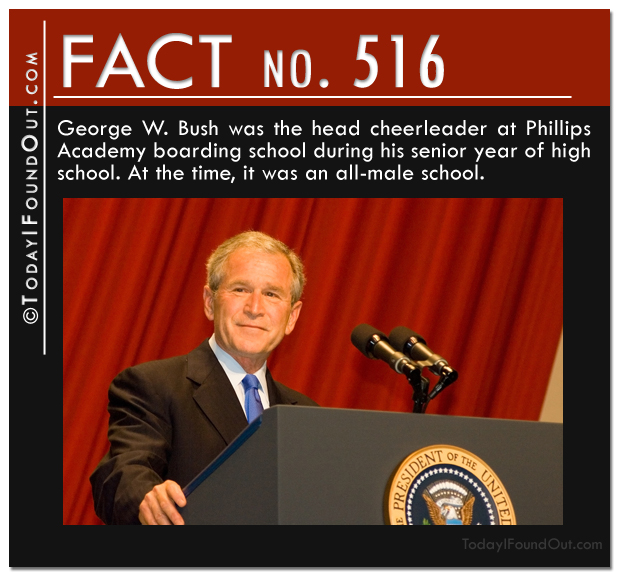 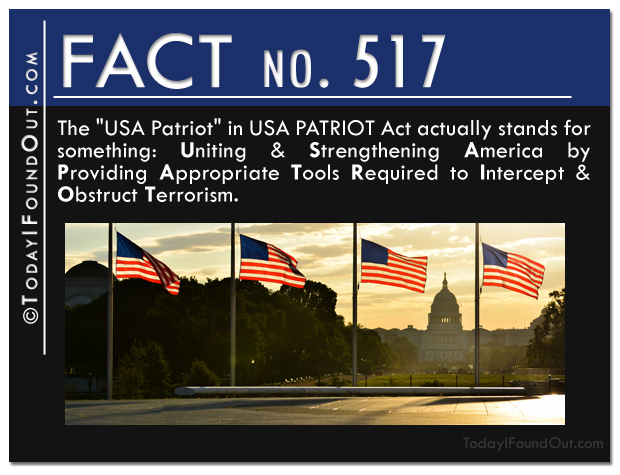 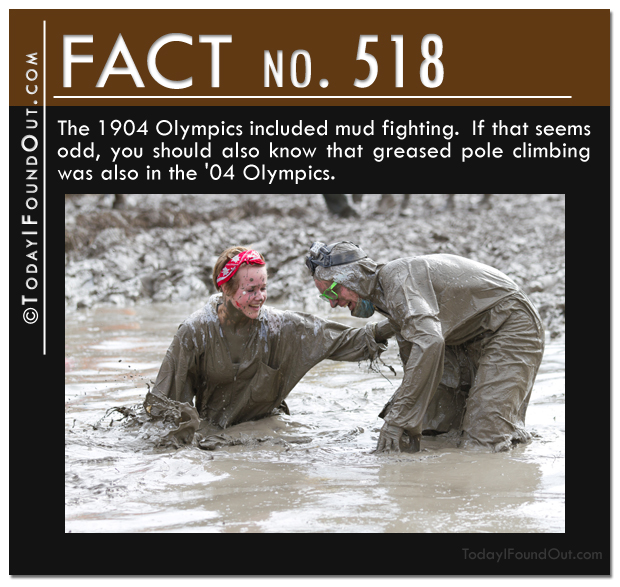 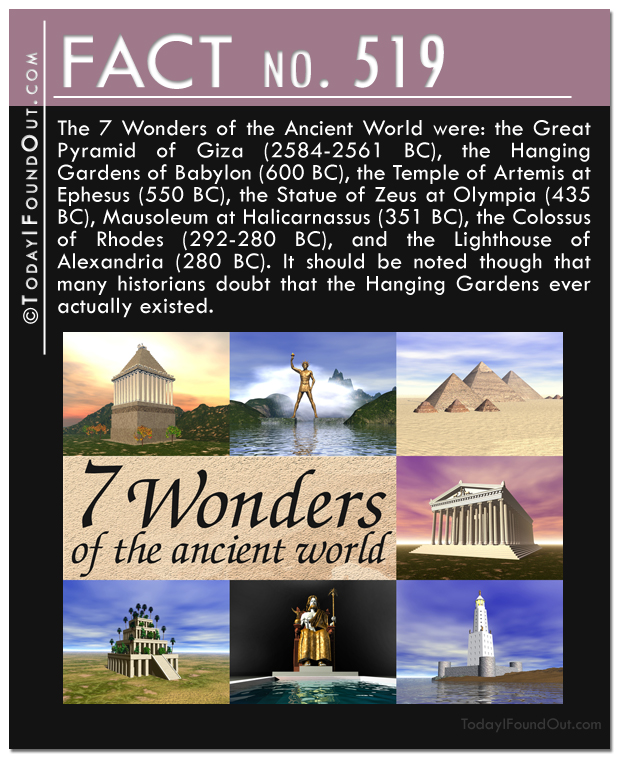 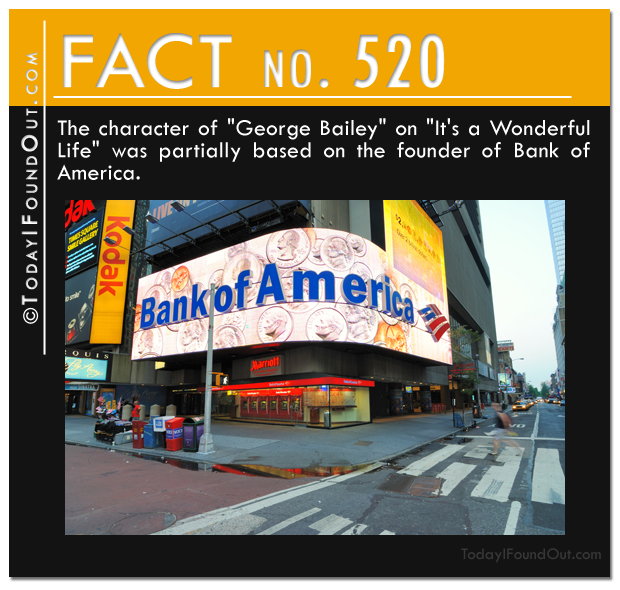 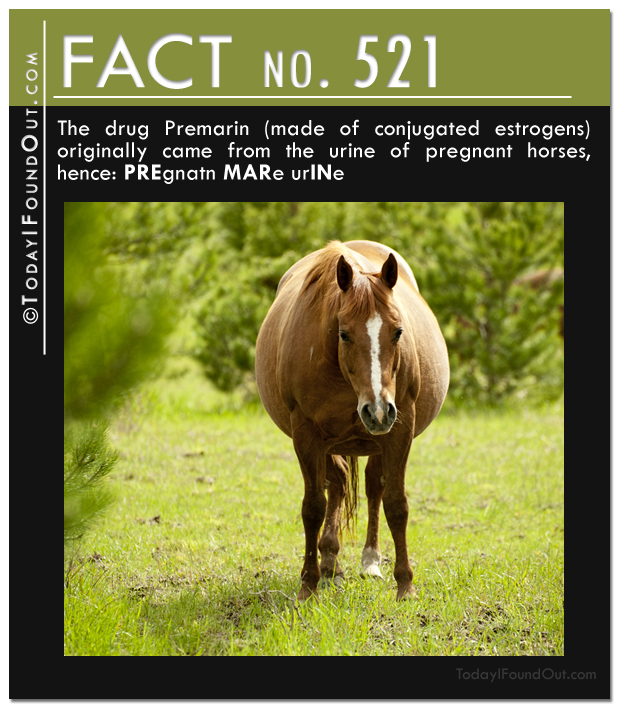 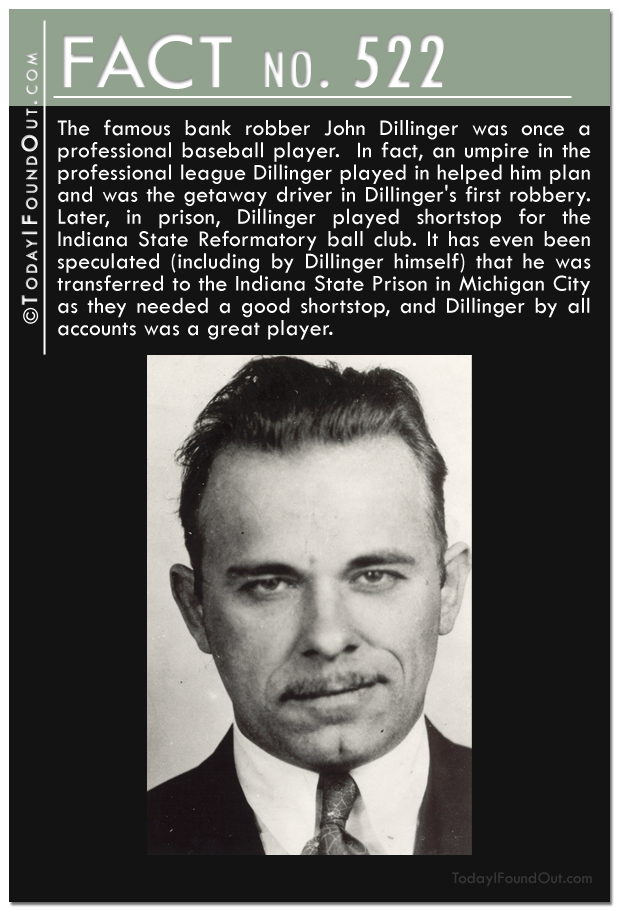 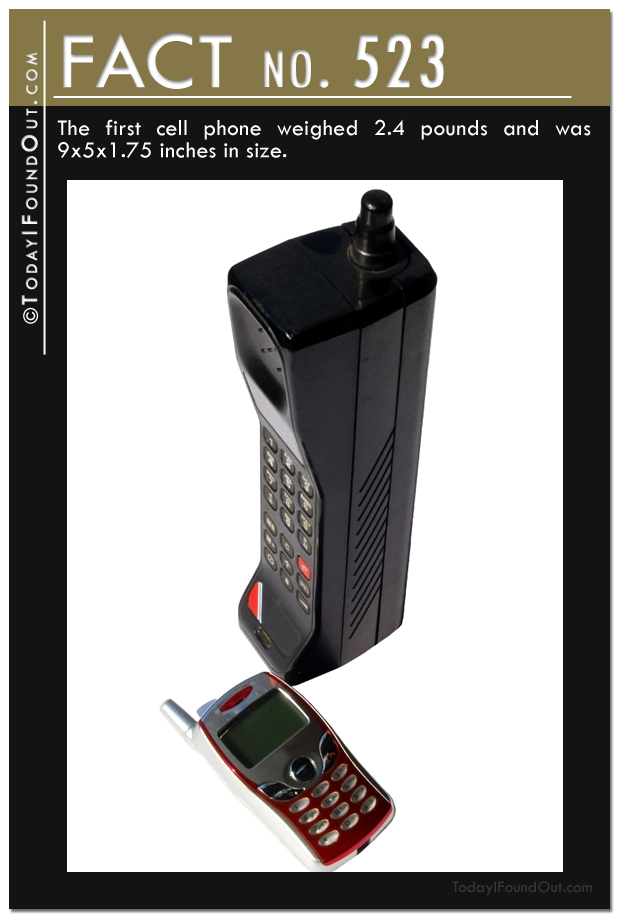 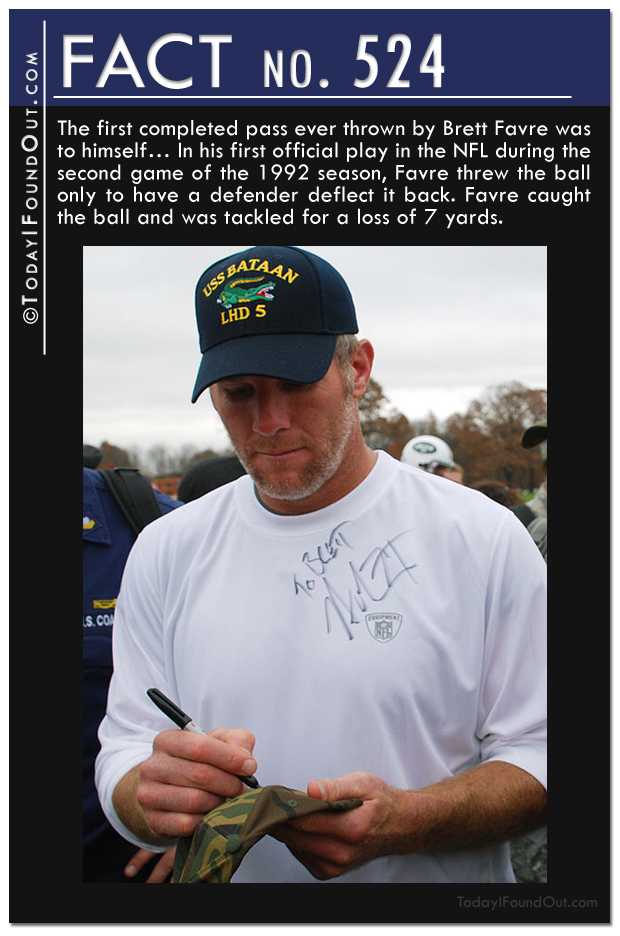 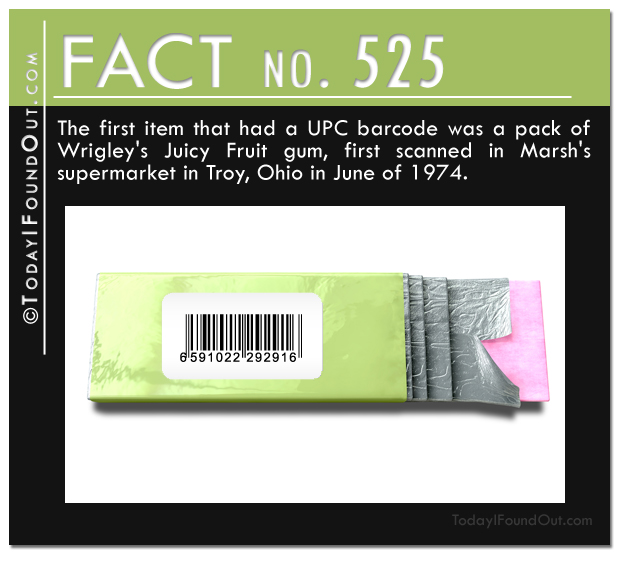 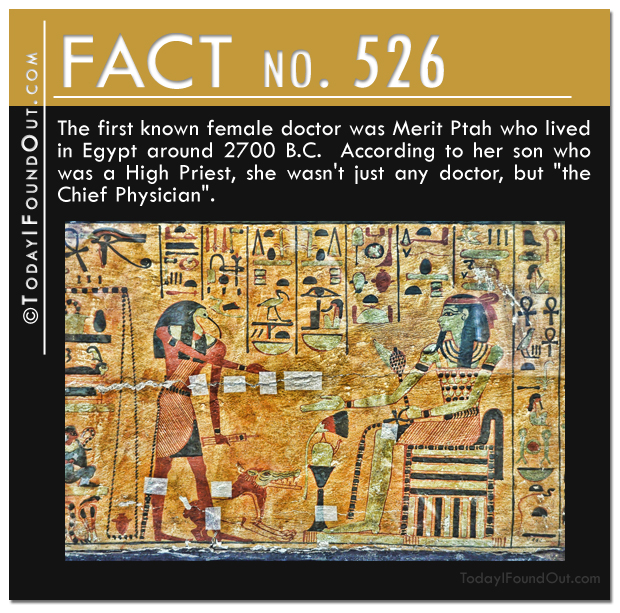 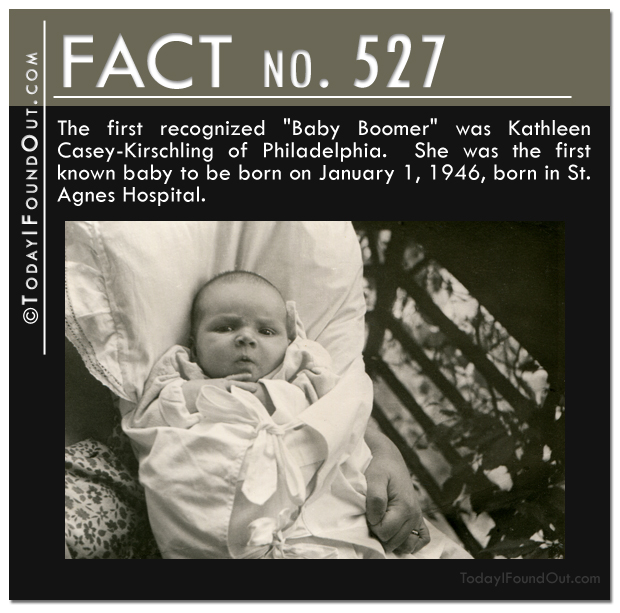 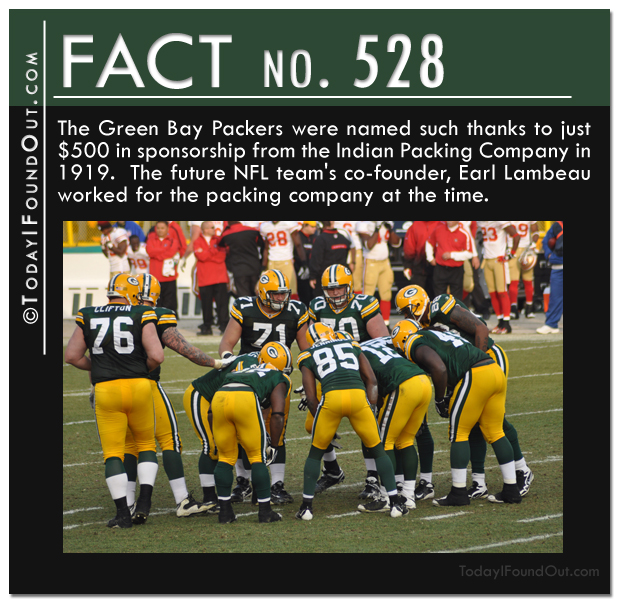 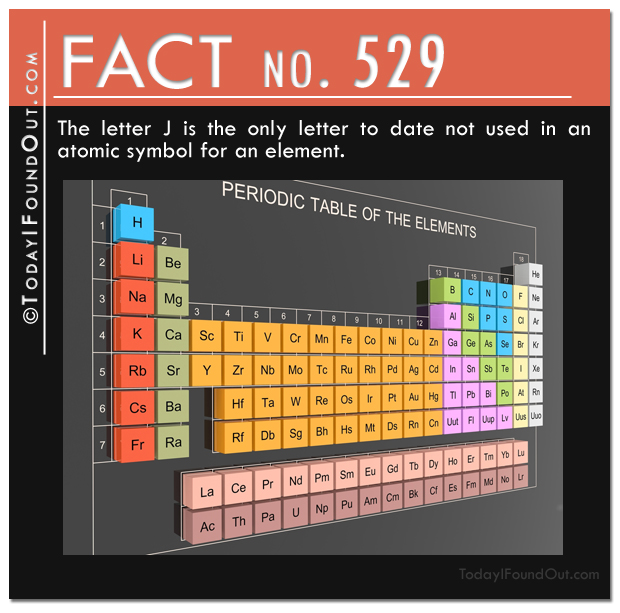 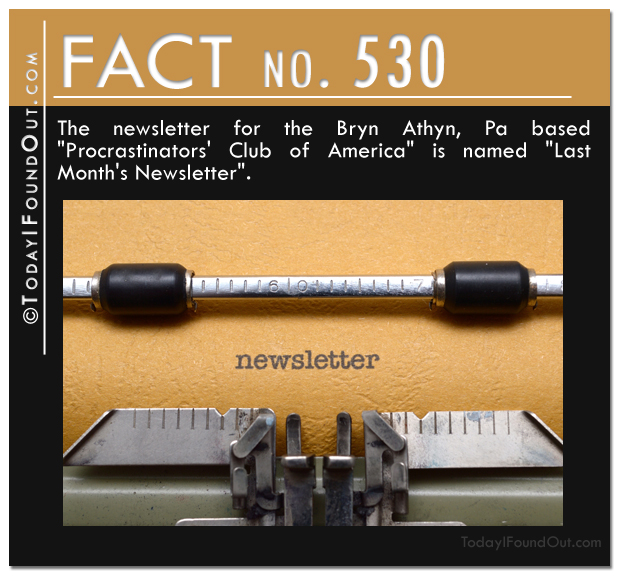 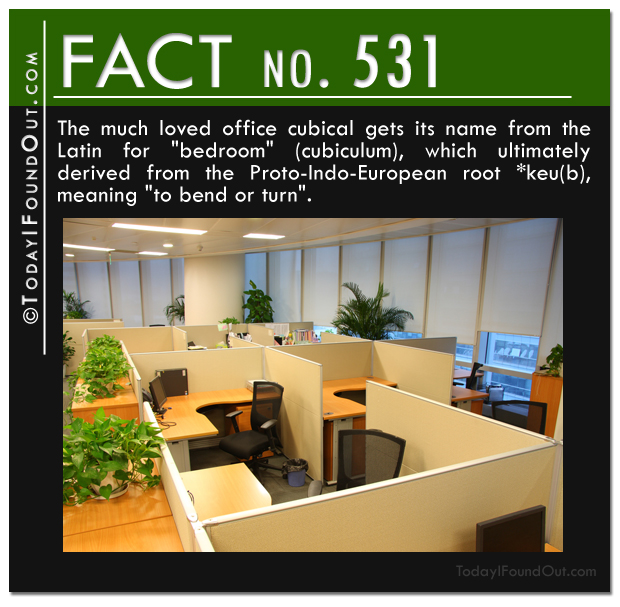 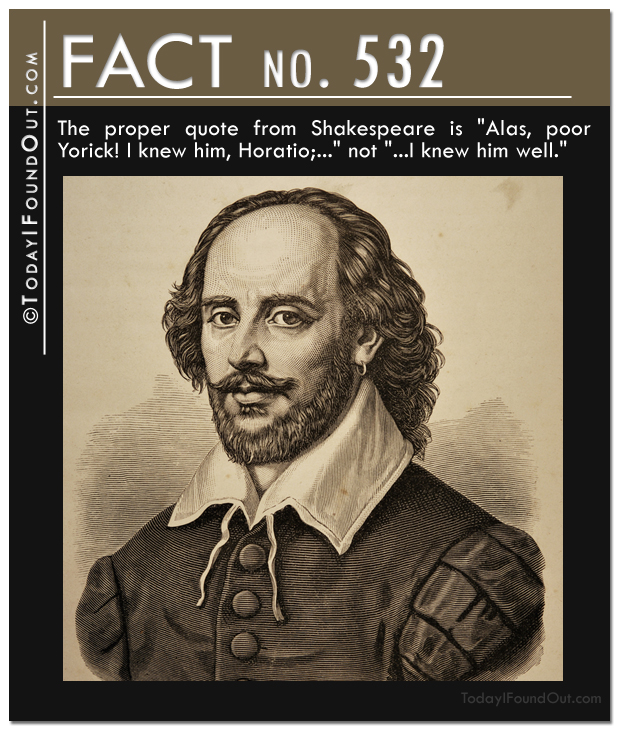 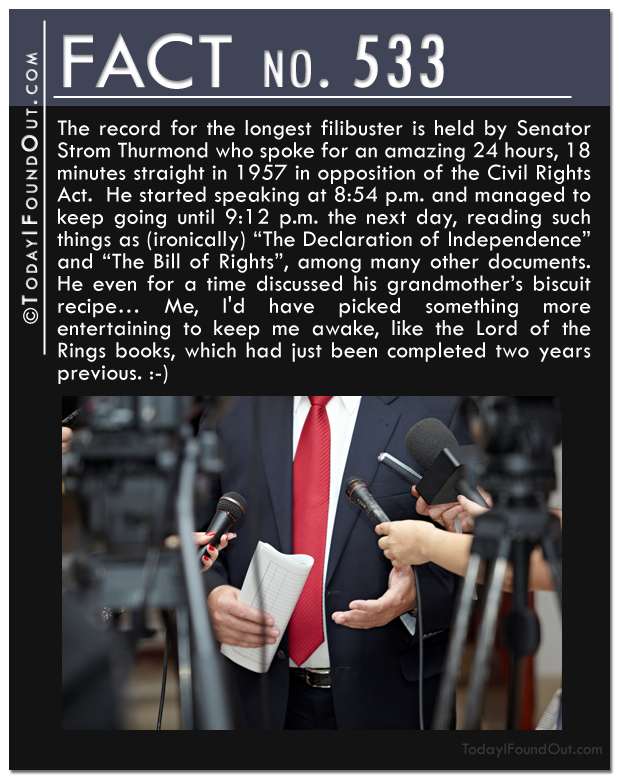 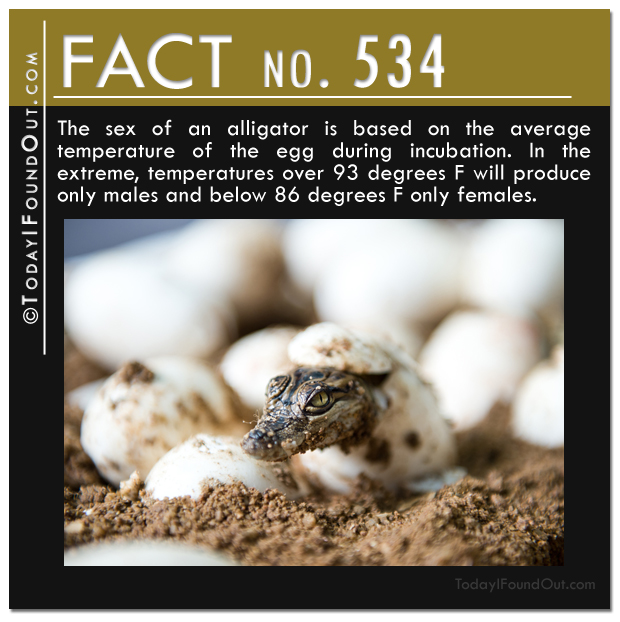 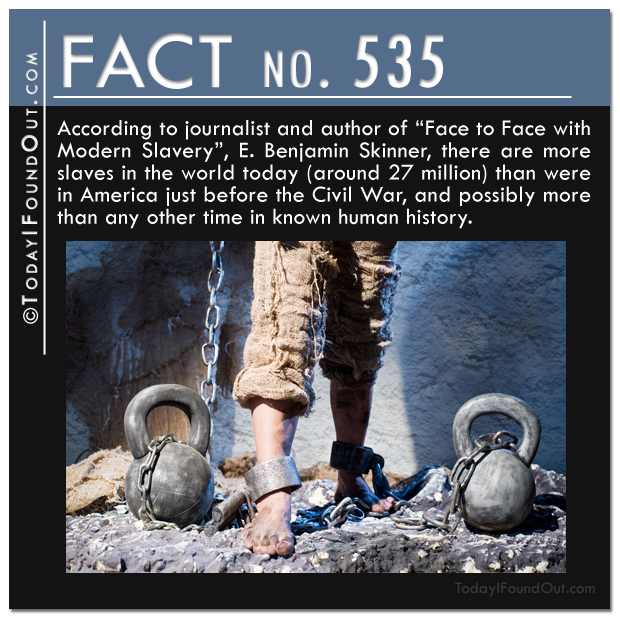 Text Version:
Fact 516: George W. Bush was the head cheerleader at Phillips Academy boarding school during his senior year of high school. At the time, it was an all-male school.

Fact 518: The 1904 Olympics included mud fighting. If that seems odd, you should also know that greased pole climbing was also in the ’04 Olympics.

Fact 520: The character of “George Bailey” on “It’s a Wonderful Life” was partially based on the founder of Bank of America.

Fact 521: The drug Premarin (made of conjugated estrogens) originally came from the urine of pregnant horses, hence: PREgnatn MARe urINe

Fact 522: The famous bank robber John Dillinger was once a professional baseball player. In fact, an umpire in the professional league Dillinger played in helped him plan and was the getaway driver in Dillinger’s first robbery. Later, in prison, Dillinger played shortstop for the Indiana State Reformatory ball club. It has even been speculated (including by Dillinger himself) that he was transferred to the Indiana State Prison in Michigan City as they needed a good shortstop, and Dillinger by all accounts was a great player.

Fact 524: The first completed pass ever thrown by Brett Favre was to himself… In his first official play in the NFL during the second game of the 1992 season, Favre threw the ball only to have a defender deflect it back. Favre caught the ball and was tackled for a loss of 7 yards.

Fact 525: The first item that had a UPC barcode was a pack of Wrigley’s Juicy Fruit gum, first scanned in Marsh’s supermarket in Troy, Ohio in June of 1974.

Fact 526: The first known female doctor was Merit Ptah who lived in Egypt around 2700 B.C. According to her son who was a High Priest, she wasn’t just any doctor, but “the Chief Physician”.

Fact 527: The first recognized “Baby Boomer” was Kathleen Casey-Kirschling of Philadelphia. She was the first known baby to be born on January 1, 1946, born in St. Agnes Hospital.

Fact 528: The Green Bay Packers were named such thanks to just $500 in sponsorship from the Indian Packing Company in 1919. The future NFL team’s co-founder, Earl Lambeau worked for the packing company at the time.

Fact 529: The letter J is the only letter to date not used in an atomic symbol for an element.

Fact 530 The newsletter for the Bryn Athyn, Pa based “Procrastinators’ Club of America” is named “Last Month’s Newsletter”.

Fact 531: The much loved office cubical gets its name from the Latin for “bedroom” (cubiculum), which ultimately derived from the Proto-Indo-European root *keu(b), meaning “to bend or turn”.

Fact 533: The record for the longest filibuster is held by Senator Strom Thurmond who spoke for an amazing 24 hours, 18 minutes straight in 1957 in opposition of the Civil Rights Act. He started speaking at 8:54 p.m. and managed to keep going until 9:12 p.m. the next day, reading such things as (ironically) “The Declaration of Independence” and “The Bill of Rights”, among many other documents. He even for a time discussed his grandmother’s biscuit recipe… Me, I’d have picked something more entertaining to keep me awake, like the Lord of the Rings books, which had just been completed two years previous. 🙂

Fact 534: The sex of an alligator is based on the average temperature of the egg during incubation. In the extreme, temperatures over 93 degrees F will produce only males and below 86 degrees F only females.

Fact 535: According to journalist and author of Face to Face with Modern Slavery, E. Benjamin Skinner, there are more slaves in the world today (around 27 million) than were in America just before the Civil War, and possibly more than any other time in known human history.