The Origin of the Looney Tune’s “ACME” Corporation Name 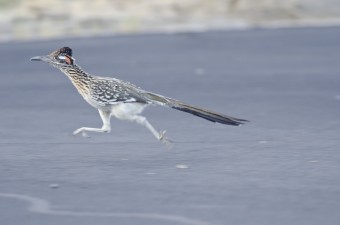 For those of you who didn’t spend your childhood with your eyes glued to the TV screen watching Saturday morning cartoons, “ACME” is the name of the fictional company that appeared in almost every Road Runner and Wile E. Coyote cartoon. This company supplied Wile E. Coyote with a never-ending range of ridiculous products that would inevitably fail, generally with hilarious consequences.

Without a doubt, the company name is used ironically in the Looney Tunes cartoons. “ACME” comes from the Greek, meaning “peak” / “zenith” / “prime”, so in the case of the company, essentially meaning  “best”, when in fact the products offered by the corporation in the show are invariably prone to disaster, something which ACME even acknowledges through its slogan – “Quality is our #1 dream”.

In the 1920s alphabetized phone books – like the Yellow Pages – were growing in popularity, resulting in businesses re-branding under a different name in order to get to the top of the list and get seen by more people. ACME was a hugely popular choice for a name at the time, since the letters AC are close to the beginning of the alphabet and the definition of the word suggests superiority.

(Aside: Amazon.com did this same type of thing when rebranding from “Cadabra” to “amazon”, attempting to be put closer to the top of alphabetical online browsing indexes, something that was very common at the time.)

Chuck Jones – writer, director, and animator who worked on Merrie Melodies and, of course, Looney Tunes cartoons for over 3 decades – touched upon the name’s origin in an interview carried out for the 2009 film Chuck Jones: Memories of Childhood, in which he explained:

Since we had to search out our own entertainment, we devised our own fairy stories. If you wanted a bow and arrow, you got a stick. If you wanted to conduct an orchestra, you got a stick. If you wanted a duel, you used a stick. You couldn’t go and buy one. That’s where the term ACME came from. Whenever we played a game where we had a grocery store or something, we called it the ACME Corporation. Why? Because in the yellow pages if you looked, say, under drugstores, you’d find the first one would be Acme Drugs. Why? Because “AC” was about as high as you could go. It means the best, the superlative.

So although the fictional company may boast an interesting line of products – including the ACME Building Disintegrator and ACME Ultimatum Dispatcher – the origin of its name isn’t quite as exciting. It was simply a commonly used name at the time, inferring a company was the best, which the guys at Looney Tunes adopted and used with their tongues firmly planted in their cheeks.