The Man Who Personally Executed Over 7000 People in 28 Days, One at a Time 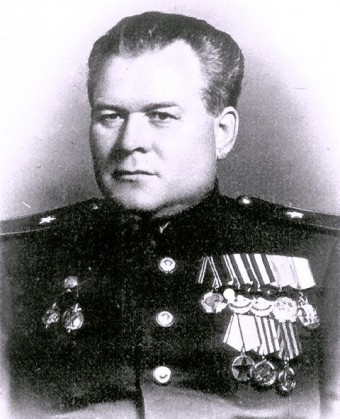 Today I found out about Vasili Blokhin, the “Most Prolific Executioner” of all time, according to the Guinness World Records.

Born to a Russian peasant family in 1895, as a young man he quickly earned a reputation for “chernaya rabota”, or “black work”, while serving in the Tsarist army during World War I- gaining recognition from Stalin himself for his covert assassinations, torture, and executions. Blokhin quickly rose through the ranks of Russia’s secret police at the time—the NKVD—eventually becoming the head of the Kommandatura department.

The members of the department were approved by Stalin and took orders directly from him. Under the guise of other positions, Vasili Blokhin was officially a commandant of a prison- the department carried out black work missions specific to furthering Stalin’s cause. Blokhin oversaw many mass executions and executed several high-profile individuals himself, including Mikhail Tukachevsky, Marshal of the Soviet Union, and two of the former NKVD chiefs under whom he had previously served.

But Blokhin’s most infamous deed was performed at the bloody Katyn Massacre. In 1939, just over two weeks after Germany invaded Poland, Soviet forces entered the eastern side of Poland. Though they didn’t officially declare war, they captured over 20,000 Polish officers and detained them in Soviet prison camps. On March 5, 1940, Stalin himself ordered the executions of all Polish officers, who would then be dumped in mass graves.

Over a twenty-eight day period, Vasili Blokhin personally performed over 7000 of these Polish executions at Katyn. Usually, the executions would take place from dusk til dawn, with Blokhin preferring to work at night for these types of tasks. Blokhin would work nearly uninterrupted each night, reportedly killing a prisoner about every three minutes, averaging around 300 executions per night.

The executions would go like this: after signing identification papers, officers were led with their arms bound into a small room that was equipped with soundproofed walls, a drain, a hose, and a door or hatch- it was a room designed for executions. Forced to their knees, a member of the Kommandatura would deliver a single shot to the back of the prisoners’ heads, killing them instantly. Their bodies would be dragged through the second door or hatch in the ceiling, the room would be hosed down, and the next prisoner would be brought in.

Blokhin favoured the 7.65 mm Walther PPK pistol, a gun which was being used for all the mass executions. For Blokhin, it didn’t have as much of a kickback as other guns, which meant less pain in his wrist after performing hundreds of executions every day. The pistols also rarely misfired, which meant the victims could be killed with one shot nearly every time someone pulled the trigger. For the Soviet government, the pistols were favoured because they were the make carried by German officers. In the event that the mass graves were discovered, the bodies would contain bullets from a German-style pistol and the Soviets could deny responsibility for the deaths.

On April 27, 1940, Blokhin was rewarded with the Order of the Red Banner for carrying out this amazingly bloody organized mass killing. The Order was traditionally given to military personnel who displayed “exceptional courage, self-denial, and valour during combat”. He was given the order secretly in order to protect the secret nature of the killings.

In 1941, Stalin found himself in an alliance with the Polish government after the Germans invaded Russia. He released hundreds of thousands of Poles from prison camps, and was pressed on several occasions to account for the missing POWs. Stalin pled ignorance, but in 1943 the truth began to emerge with the discovery of the mass graves at Katyn. The Soviet government denied all responsibility and blamed the Germans. It wasn’t until 1990 and Mikhail Gorbachev’s institution of openness that the truth was revealed through a series of documents highlighting the country’s role in the massacre.

Blokhin didn’t live to see his deeds publically recognized. Following Stalin’s death in 1953, he was forced to retire. During the deStalinization campaign that followed, Blokhin was stripped of his rank and turned to alcoholism. A combination of drink and insanity reportedly led to his death in 1955, the cause of which is officially listed as suicide.

The legacy of his heinous acts lives on. Along with the 7000 prisoners of war Blokhin personally executed at Katyn, he is reportedly directly responsible for the deaths of many thousands of other people in prison camps during the Second World War, aptly earning him that title of “Most Prolific Executioner” in the Guinness Book of World Records.