Excite Had a Chance to Buy Google for $750K, But Turned It Down 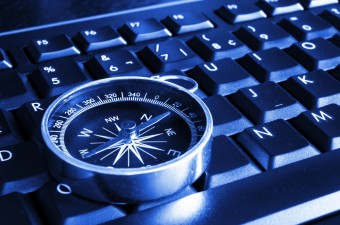 Google is practically synonymous with “search” today. But back in 1999, Excite (better known today as Ask.com) was a bigger force in the online world. It was one of the most recognized brands of the 90s. In today’s digital environment, it’s almost unfathomable to think a company would pass up the chance to acquire Google. But to fully understand this story, it’s important that we take a step into the time machine and dive into the internet browse/search world of the 90s – the world that was dominated by Yahoo!, Lycos and…Excite.

Excite, Who?  With the end of college drawing near, six Stanford University students decided they really didn’t want to work for someone else and much preferred to work for themselves- thus began Excite. Set up in 1993, the company was known as Architext Software; their first mission was to build a search engine.

After a year of hard work on their product, in late 1994, Architext’s founders accepted an offer of funding from Stanford University alum, Vinod Khosla, on behalf of venture capital firm Kleiner Perkins. Over the next couple of years, Architext secured $3 million in funding and in October 1995, Architext was relaunched as Excite.com – a web search engine that was quickly selling million dollar advertising sponsorships. Upon launch, Excite.com had indexed 1.5 million pages. (For perspective on the amazingly rapid growth of the web, Google has indexed over 50 billion web pages as of March 2013).

In January 1996, George Bell was named the CEO of Excite and the company went public soon after, in April. Over the next couple of years, Excite continued to grow with revenues in excess of $150 million in 1998. Amidst this environment of continued growth, Excite merged with @Home and the merged company went on to buy and merge with a number of other brands. However, the company didn’t grow as planned and around 2001 began the death spiral of one of the first major search engines to be built. In March 2004, Excite was acquired by the Ask Jeeves (now Ask.com) network.

While Excite enjoyed its success in the 90s, a (then) less known brand made its way onto the tech scene. Founded by Larry Page and Sergey Brin in 1996, Google was meant to be a research project but quickly grew to something much more. By late 1998, Google had already indexed 60 million pages and was making a name for itself in tech circles as the “better” search engine – better and more technologically innovative than the well established brands of the time such as Yahoo!, Lycos and Excite.

While it has become the stuff of folklore today, in 2010 Vinod Khosla, of Khosla Ventures, recounted the time when Google was willing to sell for under $1 million but Excite wasn’t interested. Brin and Page were worried the search engine was taking away too much time from their research. Khosla (then partner at venture capital firm, Kleiner Perkins) had convinced Brin and Page to sell Google for $1 million. However, George Bell, CEO of Excite, refused the offer. Following this, Khosla managed to convince the Google duo to drop their price to $750,000, but Bell still wasn’t interested.

After the rejection, Google went through multiple rounds of funding, within months raising about $25 million (including a substantial amount coming from Kleiner Perkins who had previously funded Excite as noted above). They continued to grow and refine their search engine and eventually went public in 2004 at an opening price of $85 per share. Today’s share price for Google is at about $812 with the company bringing in about $50+ billion in revenue a year these days. Yep…

Some have stated that this is one of the worst tech industry decisions of all time. After all, had Excite forked out $750K for Google back then, the company would have got their hands on one of the early iterations of the Google algorithm that makes their search results so good, and many felt better than what Excite was offering at the time.

On the flipside, of course,  in 1999 Google wasn’t the Google it is today and its advance since had a lot to do with the people who worked there in the early days, including Brin and Page, among others. They may or may not have chosen to continue on with the Excite owned Google and many of those later hired by Google that were an integral part of the growth of the company may or may not have joined the Excite team.  It’s entirely possible that Excite would have never achieved the success Google has in the search world, even if they’d bought Google.  Google is also about a lot more than search these days and predicting whether Excite would have mirrored those successes elsewhere is of course impossible.

Beyond that, with Excite and Yahoo flourishing with their own algorithms (incidentally Yahoo also turned down buying Google, as did AltaVista, when Brin and Page attempted to sell to those two), it would have been difficult to anticipate Google’s future dominance as a search giant. Given how hard Brin and Page shopped it around, it seems reasonable to think even they had no clue Google would soon rocket up to the peaks of the tech industry.  In retrospect, it’s easy to say it was a big blunder, but when seen in perspective of the tech scene of the late 90s, the decision isn’t totally indefensible.