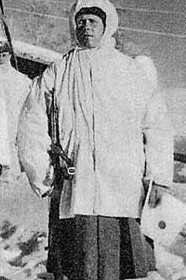 Today I found out Simo Häyhä, arguably the greatest sniper to ever live, sniped over 542 invading Soviet soldiers in World War II using nothing but a bolt action rifle that had no scope.  He also has the distinction of having recorded the highest known number of confirmed kills by any sniper in any major war; with the runner up […]