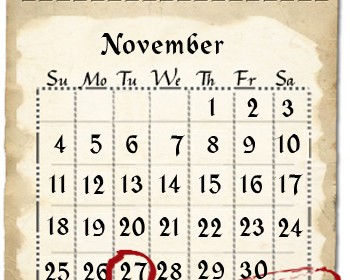 On this day in history, November 27th… 1095: A Crusade was launched by Pope Urban II,  the first of seven major military campaigns fought over two centuries. The Emperor Alexios I Komnenos of the Byzantine Empire appealed to the Pope and requested the help of western volunteers to repel the invading Seljuq Turks from Anatolia.  In response to his plea and taking it as an […]