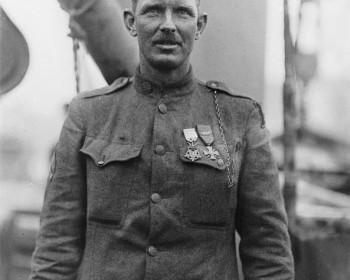 Today I found out that in WWI Alvin York almost single handedly captured 132 German soldiers using nothing but a rifle and a pistol, while the German soldiers having among them 32 machine guns along with rifles and pistols and the advantage of being above him in the biggest of the forays.  And did I mention York was out in […]