Where the Phrase “Polly Wants a Cracker” Came From 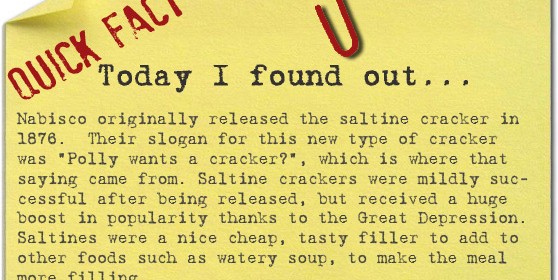 ##EMBED## Click Here for Sources and to Learn Why Crackers Have Holes Text Version Nabisco originally released the saltine cracker in 1876.  Their slogan for this new type of cracker was “Polly wants a cracker?”, which is where that saying came from. Saltine crackers were mildly successful after being released, but received a huge boost in popularity thanks to the […]