April 15, 2019 Kathy Padden
Michael F. asks: Are executions really held at midnight like shown in the movies? If so, why? 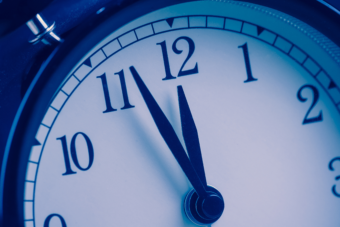 By the time Rainey Bethea was executed on August 14, 1936, most of the United States had ceased executing people publicly. However, in Kentucky in 1936 an execution could still be held publicly and, according to the jury at his trial, Bethea deserved such an end, though not without controversy given the fact that the whole thing from murder to scheduled hanging took place in only about two months. On top of that, this was the case of a young black man who had previously only been convicted of a few minor, non-violent crimes being sentenced to death for rape and murder without any real defense on his behalf. He also claimed the confessions he gave were given under coercion.  Whatever the case, the jury deliberated for less than five minutes and returned with the sentence of death by hanging, a mere three weeks after the crime was committed.

Approximately 20,000 people gathered around the gallows to witness the execution. When the time came, the trap door was opened and the rope snapped Bethea’s neck. After 14 minutes, his body was taken down and he was confirmed dead. This was the last public hanging ever performed in the United States.

So what does any of this have to do with executions being held at midnight? While a common Hollywood trope is the classic execution at midnight, it turns out for most all of history, this really wasn’t a thing.  As with the case of Bethea, executions were largely a public spectacle and, outside of mob murders, people weren’t exactly keen on gathering at night to watch someone be killed; so executions tended to occur at more civilized hours.

Interestingly, the fact that people preferred day time executions actually appears to be one of the chief reasons executions were, for a time in the United States, initially switched to late night, giving us the Hollywood trope that has largely endured to this day.

The fix was easy- simply move the execution time to an hour when most people are sleeping, getting rid of the boisterous crowds and accompanying extra media coverage.

Now, given the switch to banning public executions completely, you might at this point be wondering why the nighttime time slot endured and became popular enough for a time to become a common trope?

One of the principal reasons often cited is simply to cut down on potential for more red tape in certain cases.  While there are exceptions, in many states in the U.S. death warrants were, and in some cases still are, only legal for one day. If the execution is not carried out on the specified date, another warrant would be required which, as you might imagine for something as serious as killing someone legally (and ensuring the executioner cannot be charged for murder), this is a lot of paperwork and not always a guarantee. By starting at midnight, it gives the full 24 hours to work through potential temporary stays of execution, if any, before the time slot has ended and a new death warrant must be procured.

That said, perhaps more importantly, and a reason cited by many a prison official, is simply the matter of staffing. Executions performed at the dead of night see the inmates locked up in their cells, with minimal guard presence needed.  Thus, prison workers don’t have to worry about any potential issues with the inmate populace during an execution. Further, some normal staff can easily be diverted to handling various aspects of a nighttime execution without taxing the available worker pool, a key benefit given prison systems are notoriously understaffed in the United States.

All this said, contrary to popular belief, midnight executions are not really much of a thing anymore. There are a variety of reasons for this, but principally this is as a courtesy for the various people processing and working on the appeals. For example, Supreme Court Justice Sandra Day O’Connor notes, “Dispensing justice at that hour of the morning is difficult, to say the least, and we have an obligation … to give our best efforts in every one of these instances.”

Arguments for a switch in time slot have also been made on behalf of the loved ones of both the condemned and victims. These people were formerly made to arrive a couple hours before the execution at midnight, and would then have to stay until after it was carried out if they wanted to witness it. Even with no delays, this tended to see them not processed out the door until a few hours after midnight. And if there were temporary stays of execution, they might have to skip a night’s sleep to be sure they were there to watch someone, perhaps a loved one or potentially the opposite, die.

There is also the issue of overtime.  While ease of staffing is generally listed as a positive reason for late night executions, it turns out that as states began to move the executions into the light of day again, issues with the other inmates during daytime executions never really manifested, while overtime costs to keep the necessary staff on hand to process the execution at night were not trivial. For example, in the execution of Douglas Franklin Wright in 1996, staff assigned to the execution cost just shy of an extra $30,000 (about $48,000 today) in overtime compared to if the execution had been carried out in the daytime. Some prisons have also taken to simply implementing special modified lockdown procedures during executions to free up normal staff while reducing the risk of issues with the rest of the inmates.

What about the potential paperwork problem? This has easily been worked around by many states who’ve moved to daytime executions.  For example, in Missouri they just switched the time limit to 24 hours, regardless of date. What matters is just the starting time. Other states simply have moved to longer periods like a week or ten days granted for such a warrant.

Thus, contrary to what is often depicted in films, midnight executions have gone the way of the dodo in the United States, though there are a few places in the world that still prefer to execute people in darkness. For example, in India executions are typically carried out before sunrise, with the stated reasoning being staffing convenience- as was the case in the U.S., at these hours more staff are available to handle the execution before normal daily activities begin.