January 8, 2017 Dusti
This is a weekly wrap of our popular Daily Knowledge Newsletter. You can get that newsletter for free here. 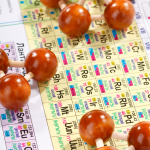 The Transfermium WarsIf the Transfermium Wars raged from the late 1960s to the late 1990s, how is it that so few people have ever heard of them? Because they were fought by rival groups of scientists over who would get to name newly discovered chemical elements. PARENT TRAP: When someone discovers a new chemical element, it’s the tradition in the scientific community that the founder gets to name it. The system works pretty well, except for when more than one scientist or group of scientists claims to be the discoverer. Take the elements that were initially known as numbers: 104, 105…(more) 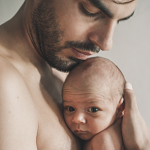 Can Men Lactate?The ability to lactate exists in a variety of male animals, though male milk production is typically a rare occurrence. However, male Dayak fruit bats are commonly known to lactate. So what about human male lactation? Believe it or not, men can, in fact, lactate. Possessing all the necessary equipment (see: Why Do Men Have Nipples), the main reasons men don’t have it happen very often is mostly just a lack of sufficient amounts of a single necessary hormone. Milk is produced in small hollow cavities in breast tissue called alveoli, where the linings contain cells that secrete milk when properly triggered. While there are…(more) 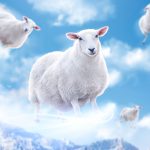 That Time the Italian Military Experimented with Parsheep

Whether it’s flying tanks , literal bat bombs, surprisingly effective pigeon guided missiles, chicken heated nuclear weapons, or dogs that are trained to gruesomely take down tanks, humans have been using animals in war in a variety of bizarre ways. Today we’re here to talk about yet another seemingly absurd animal war-time event of the 20th century that actually turned out to be something of a revolution in warfare- parasheep. The actual innovation these parachuting sheep represented was the “flying supply column”, a revolutionary idea that involved supporting a ground-based force…(more) 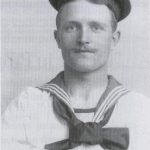 On Christmas Day 1904, Carl Emil Pettersson stood at a crossroads – either he was going to be eaten by hungry cannibals or become a member of the Tabar people. Happily, the latter occurred, after which he led a rather remarkable life. Born in October 1875 in Sweden, at around the age of 17 Pettersson went to sea. Working his way across the Pacific, by 1898 he was employed by the Neuguinea-Compagnie, a German trading company. While recruiting among the islands of Papua New Guinea aboard the Herzog Johan Albrecht in December 1904, the ship…(more) 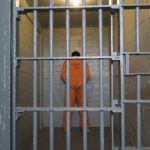 Are You Really Entitled to a Phone Call When Arrested

Being arrested is a terrifying and frightening thing with all the horror stories about police abuses of power and other prisoners being absolutely dead-set on making your life miserable in a variety of horrifying ways… at least that’s what the movies have taught us. As so often happens, the reality of being arrested doesn’t generally reflect what’s depicted on the big screen. So what about the one phone call rule? It turns out, “You get exactly one phone call when arrested” is a useful, simple plot element, and easier to explain to an audience than, “being arrested is a legal minefield where your rights can vary…(more) 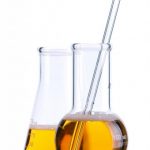 If you’ve ever taken a daily multivitamin you too might have noticed your urine turning a bright yellow-ish color. Take your vitamins and eat some asparagus and you might just think you’re dying the next time you pee! What’s happening is that urine will turn a bright, sometimes neon, yellow in response to excess riboflavin. Riboflavin, also known as vitamin B2, is a common ingredient in almost all multi-vitamins. It was first discovered in 1872, when chemist Alexander Wynter Blyth noticed a pigment in milk that was yellow-green. In 1879, it was reported…(more) 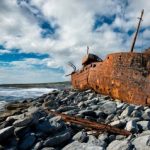 Bumping into a rock or a reef, war, swamped by rough weather or high waves, pilot error or pirates, there are a variety of ways a ship can sink. After it does, depending on whether it floated out on its own, was thrown overboard or sank to Davy Jones Locker, the equipment, cargo and bits of ship that leave a wreck have distinct names, with the distinction classically being important in maritime law. Flotsam denotes that wreckage from a ship that is later found floating on the sea’s surface. The word traces its roots to the early 1600s and the Anglo-French floteson, which derived from the Old…(more) 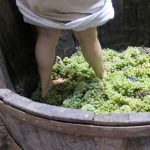 Perhaps no image is more synonymous with the act of wine making than that of a person smushing grapes with their bare feet to extract the precious juices contained therein (in the grapes, not the inevitably sweaty feet). But did winemakers ever commonly do this? The answer to this question largely depends on who you ask. Today, certain winemakers, usually ones that have some sort of a financial interest in it, (at least publicly) maintain that grape stomping was an integral part of winemaking history. However, historians tend to think it was a relatively rare practise. To be clear, nobody is saying that ancient people didn’t crush grapes with their feet to extract the juices; rather…(more)