So, When Did We Start Introducing Sentences with So? 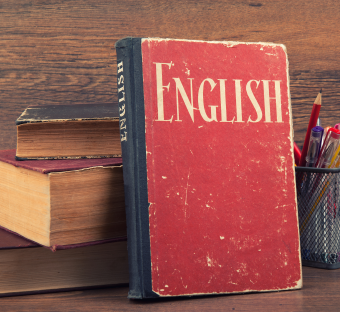 The word so has been in English pretty much as long as there has been English (derived from the Old English swæ). It is alternately an adverb (it’s so hot), a conjunction (eat your dinner so you can have dessert), an adjective (Jim is dead, isn’t that so?) and an introductory particle (So, I heard gun shots last night).

For many, the ubiquity of so just to introduce a topic or idea in modern parlance (So, what are we doing?) is troubling and often thought to be a recent addition to the language; however, English speakers have actually been using so to open a sentence since at least the Middle Ages.

For instance, Chaucer (1343-1400) used so as an introductory particle in his poem Troilus and Criseyde:

Shakespeare (1564-1616) also introduced sentences with a so. In the poem, The Rape of Lucrece, he wrote:

So that in venturing ill we leave to be;

So from himself impiety hath wrought;

So thy surviving husband shall remain;

So shall these slaves be king, and though their slave; and

So let thy thoughts, low vassals to thy state’.

So, with our blessings, and assured prayers for you, more than ourselves, we remain;

So, dear father and mother, it is not disobedience; and

As did Richard Brinsley Sherida (1751-1816) in his comedy of manners The Rivals:

So, come to me presently, and I’ll give you another letter to Sir Lucius;

So, my dear Simplicity, let me give you a little respite;

So, that’s done – Well, I’ll fold it up presently.

Nonetheless, the so haters do have a point that it is used much more ubiquitously in recent years. As for why, that’s up for debate, with the commonly touted theory putting the blame on Silicon Valley lingo.

This was first noted by Michael Lewis in The New New Thing (1999)- “When a computer programmer answers a question, he often begins with the word ‘so’.” As to how this came about, it is thought that given the international composition of the typical Silicon Valley work site, where a large number did not speak English as their first language, it became the simple “catchall” word of transition. Over time and frequent usage, it eventually became like a tic and just part of the common speech pattern of those in that industry and then spreading beyond.

A far better starter than um or well, both of which convey uncertainty, so connotes authority, as well as something being thought through. In the same vein, when it is used to answer a question rather than raise a point, inserting a so buys time – either to formulate a response or ignore the question and return to another topic.

In addition, communications professor Galina Bolden of Rutgers University notes that beginning sentences with so, “communicates that the speaker is interested in or concerned about the recipient… It also invokes prior conversations between the speaker and the recipient, drawing on their relationship history.”

So, given its utility and specious appearance of authority, as well as sometimes helping to avoid awkward silence while you think, it is no wonder so has become so popular. Of course, as with all lingual conventions, it can be (and often is) overused. But as using so in this way has been with us since pretty much the beginning of the language and seemingly just keeps increasing in popularity, the so haters might just have to hunker down and endure while the present wave passes.