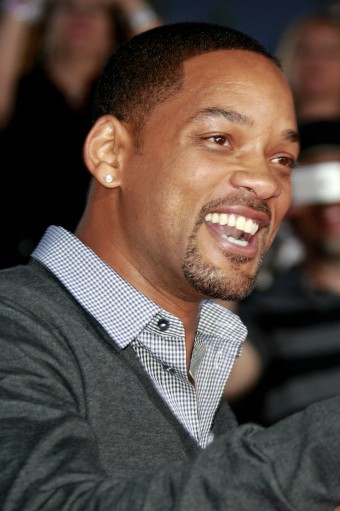 Prior to his role as Will Smith in The Fresh Prince of Bel-Air, Willard Smith (yes, Willard) enjoyed a successful career as a rapper under the pseudonym, “The Fresh Prince” as part of a duo with Jeffrey “DJ Jazzy Jeff” Townes. The partnership, performing under the rather unimaginative name of DJ Jazzy Jeff & The Fresh Prince, made Smith a considerable amount of what we like to think the kids today still call cheddar.

The pair met in 1985 when Townes, who was performing at a house-party near Smith’s house, needed a hype man, as his normal guy hadn’t shown up. Smith, who was only 17 years old at this point, happily filled in and was apparently so good that Townes became annoyed when his actual hype man arrived a few hours later.

Hitting it off, Smith and Townes teamed up and less than a year later, they had a number one hit with the single “Girls Ain’t Nothing But Trouble” making Smith a millionaire before he’d even left high school. The pair added to their success with more albums and singles, netting Smith even more money, which he then spent like he was a member of the 18th century French aristocracy.

According to the man himself, “I had a hit single on the radio for 30 days before I graduated from high school. That’s dangerous. It just seemed easy.”

According to Smith, he spent about $6 million in half as many years. However, during that time, he more or less forgot about the whole “taxes” thing. Far from being a deliberate act of deception, this was almost entirely down to the fact Smith had literally no idea what he was doing with his money, despite being otherwise quite intelligent, reflected in his school grades and SAT scores. When asked about why he never bothered to pay his income taxes during his teenage years, Smith very sheepishly responded in one interview with “You get paid in cash, and you forget those things.”

You may think this all sounds pretty inexcusable, but imagine being handed several million dollars while you’re still in high school. Would you have then dutifully taken a quick course on filing taxes and how to properly invest? Or would you have done what Smith did and buy a huge home, give money to your friends and family, and purchase a fleet of cars? While you’re mulling that over, consider that about 1/3 of big ticket lotto winners declare bankruptcy within five years of winning and a good percentage of the rest tend not to do much better, if at least avoiding bankruptcy. Also consider that suddenly inheriting large sums of money tends to see the same type of end results for those who inherit it as we see with the big ticket lotto winners. In fact, in both of these cases, you’re significantly more likely to need to declare bankruptcy in your lifetime after acquiring these massive funds, than if you never did. So from all this, we’re guessing a not insignificant number of people, whether they want to admit it to themselves or not, would have done pretty much exactly what Smith did, especially at 17 years old.

So after blowing through millions of dollars, buying such must-haves as a necklace with the words “The Fresh Prince” encrusted on it in diamonds, 19 year old Will Smith was woken up by the IRS knocking on his door. Smith later stated, “They wanted $2.8 million and I had two dollars and eighty three cents.” We can only assume when he told them he didn’t have any money, using that charm and charisma that got him the nickname “Prince” in the first place, he perhaps also turned his pockets inside out, shrugged and made a “I’m sorry” face. Whether the scene played out like that or not, the IRS proceeded to take all of his stuff.

The effect of this massive debt was felt by Smith almost immediately.  As Smith said, “There’s nothing more sobering than having six cars and a mansion one day and you can’t even buy gas… the next.”

By 1989-1990, he was broke, and not only broke, but owing massive sums to the IRS, an organization not exactly known for forgiving debt and which maintains amazingly high interest rates on unpaid taxes. This is when life handed Smith a way to get out of the pile of crap of a situation he had put himself into.

Though many fans assume The Fresh Prince of Bel-Air was loosely based on Smith’s own life, the original idea and concept for the show is actually based on the life of music industry big-wig, Benny Medina. Medina was orphaned at a young age while living in “one of the poorest neighborhoods in south California” before being adopted by a wealthy white family living in Beverly Hills. Medina, who is black if you hadn’t guessed from the subsequent show based on his life, felt that his life would make good fodder for a fish out of water comedy and pitched the idea to an interested Smith when the pair met at a party on the set of the Arsenio Hall talk-show.

When Medina then approached TV heavy hitter Quincy Jones with his pitch, he showed interest, but suggested a few changes, among which were turning the wealthy white family into a wealthy black family, as well as changing the adopted child into a family member. When the show was picked up by NBC, Smith was offered the starring role.

Though the show was a well received success and Smith had learned his lesson about money management, behind the scenes his money troubles were not yet over; you see, according to Smith, for the first three years the show ran, 70% of his earnings were garnished by the IRS to pay off his back taxes and cover the new ones.

Lucky for him, the show not only lasted through those three seasons he needed to pay off his back taxes, but three more on top of that. Smith also managed to parlay The Fresh Prince of Bel-Air into a career as one of the most successful male actors in history. So I guess his life really did get “flipped-turned upside down” during the show. Note to self, when massively in debt, simply make truckloads more money. Genius. 😉