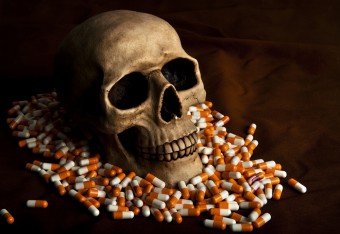 On the morning of September 29, 1982, a 12-year-old girl in suburban Chicago named Mary Kellerman complained to her parents that she wasn’t feeling well. They gave her two Tylenol Extra-Strength capsules, and she continued preparing for her day. A short time later, her parents found her collapsed in the bathroom. They rushed her to the emergency room, but she was pronounced dead on arrival.

Later that afternoon, postal worker Adam Janus took a dose of the over-the-counter pain reliever and died in the hospital. Tragically, when his brother Stanley and sister-in-law Theresa returned home after his death, they both took Tylenol from the same bottle Adam did to relieve their grief-induced stress headaches – with the same deadly results.

Luckily, the paramedics who responded in all three incidents were on the ball, and it was quickly established that the four victims had taken Tylenol. The bottles in question were taken to be tested, and blood tests were performed on the deceased.

Everyone’s worst fears were realized when laboratory testing proved that the Tylenol capsules contained no Tylenol at all, but 65 milligrams of potassium cyanide. Not surprisingly, all four of the victim’s blood tests came back showing evidence of this cyanide.

Before a product recall could be made, three more people died from the tainted capsules: new mother 27-year-old Mary Reiner, 31-year-old Mary McFarland and 35-year-old Paula Prince. When a journalist from the Chicago City News Bureau made the connection that all the recent deaths were linked to Tylenol and reported it, the public freaked out.

On October 1, the city’s mayor asked everyone to turn in all their Tylenol products and then banned them within Chicago. Poison Control Centers were swamped with calls from anxiety-ridden citizens afraid they may have ingested cyanide-tainted Tylenol, making it next-to-impossible for legitimate calls to get through.

It didn’t take long for the panic to go national, and on October 5 Johnson and Johnson ordered a recall on their entire Tylenol product line, spending millions to have it all removed from store shelves across the country. There were at least 270 copycat incidents in the aftermath of the Tylenol poisonings; the FDA reported pills being tainted with everything from rat poison to hydrochloric acid.

The Tylenol killings had a profound affect on American life – it caused a revolution in product safety standards almost overnight. Until then, over-the-counter drugs were sold in no-muss, no-fuss, easy to open bottles, with nothing between the cap, the pills, and the consumer (it really was a different time). After the poisonings, the food and pharmaceutical companies had to look at their packaging a completely different way, and added tamper-proof seals and security indicators, which has drastically reduced the occurrence of tragedies like the Tylenol murders.

The person responsible for the Tylenol murders has never been caught. A special task was formed in 2008 in the hopes of solving the case, but the 32-year-old mystery still remains unsolved.