The Truth About Double Jeopardy

June 30, 2014 Melissa
Damien asks: Is Double Jeopardy a true thing or is it just a TV/movie invention? 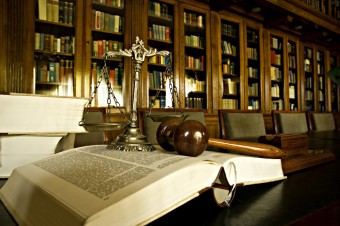 Although generally in Australia, Canada, England and Wales, Scotland, the U.S. and New Zealand you cannot be subjected to a second trial after a first has been completed, there are exceptions.

What is Double Jeopardy?

Generally speaking, double jeopardy prohibits a second trial where a criminal defendant has been acquitted (autrefois acquit), convicted (autrefois convict) or pardoned in a first.

This would not apply to such cases as depicted in the 1999 film Double Jeopardy. Without giving away too much of the plot, in the film, they claimed she would get off scot-free if she killed her husband again after being convicted of killing him before. This is not correct as these would be two separate crimes, not to mention in separate states. It just so happened she was wrongly convicted of the first.

In other words, if a person robs a store and is convicted of it, then later robs the same store, even with every detail of the crime identical down to the clerk working and what was stolen, the person can be tried again. It’s very obviously still a separate crime. (So in this case one of the core plot points of the film turns out to be based on a false-premise, not unlike the 2014 film Lucy where the protagonist ultimately accesses the “other 90%” of her brain and develops superpowers from it… in truth, you actually use 100% of your brain already.)

In any event, the idea of double jeopardy arose naturally in the English common law as early jurists realized the “anxiety and insecurity” that ensued when people were tried multiple times for a single crime. Although this still remains a concern, and the continued justification for the rule, in many jurisdictions, there are ways in which a person can be tried twice for the same offense.

The United States retains very strong prohibitions against double jeopardy, although given its system of federalism (where the federal and state government may have overlapping criminal laws), criminal defendants may be tried in both state and federal courts for the exact same criminal act. This idea, first expounded in U.S. v. Lanza (1922), is now known as the dual sovereignty doctrine.

In addition, if a trial is begun, but it does not end in judgment (guilty, innocent or acquitted), the criminal defendant can often be retried. This often arises in cases where a jury cannot reach a decision (a hung jury), and a mistrial is declared.

Unlike the U.S., in Canada, the provinces have no authority to make criminal laws, so as a result, only one jurisdiction, its federal government, prosecutes crimes. Not recognizing the concept of dual sovereignty, at least according to some experts, Canada applies double jeopardy even to prosecutions that have occurred in other countries.

Canada’s double jeopardy rule also prohibits the prosecution’s appeal of an acquittal, except when it appeals “a point of law” (as opposed to an appeal on the merits or of a factual issue). In this limited circumstance, if a procedural deficiency is found, the matter can be retried.

Under English law, the prohibition against double jeopardy may now be suspended in a limited number of cases. Born from the realization that modern scientific forensic methods can reveal evidence that was unavailable in years past, beginning in 2005, criminal defendants who had been previously acquitted of a serious charge may be retried if “new and compelling evidence” is brought to light.

Crimes that reach the seriousness threshold include murder, war crimes, rape and certain drug offenses. The compelling evidence that justifies a retrial cannot have been available at the time of the first trial.

Notably, this undermining of double jeopardy protection applies retroactively – meaning that people who were previously tried when double jeopardy had its full effect, can now be retried. As a result, some criminal defendants who confessed (or bragged) after their first acquittal may now be tried again, based on that confession, such as Billy Dunlop, who was convicted of the 1991 murder of Julie Hogg in a 2006 retrial.

Note that, unlike in America, in the United Kingdom, ex post facto criminal laws are merely frowned upon, but not prohibited.

Also hoping to hold more people accountable for serious crimes, in 2006, the Council of Australian Governments (COAG) created a model for double jeopardy reform to be instituted by its member states. By 2012, each state had some form of limited exception to double jeopardy available to retry a defendant in the face of a false acquittal for charges of murder and other serious crimes including gang rape and some drug offenses.

On May 1, 2014, multiple outlets reported that Queensland authorities were proposing to make its exception to double jeopardy completely retroactive, although its earlier exception applied only to trials after 2007. If this proposed change is passed, retroactive double jeopardy for certain serious crimes will be the law across Australia. Like the U.K., Australia does not prohibit ex post facto criminal laws.

These two exceptions are: where the criminal defendant was acquitted through some criminal action, and where “new and compelling evidence,” is found in a serious case (defined as those with a maximum penalty of at least 14 years of prison). As with other jurisdictions, this new evidence could not have been available for the first trial.

Passed in 2011, the Double Jeopardy Act also provides limited exceptions to the prohibition against a second trial, and applies in cases of a tainted acquittal or in light of “new and compelling” evidence.

However, according to commentators, unlike other jurisdictions the Scots law was broadly written, such that it could apply to any offense and leaves the decision to allow a retrial largely to judicial discretion. As a result, some commentators have opined that the Scottish exception essentially eliminates the entire protection, or as lawyers like to say, created the “exception that swallowed the rule.”