This Day in History: June 23rd 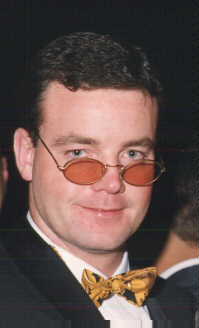 On the night of June 23, 1993, a young wife, upset and shaking, got out of bed for a drink of water. While she was standing in her kitchen, her gaze fell on the counter and an 8-inch carving knife. Her thoughts were a random series of events from the past four years on a constant loop. None of them were good. Her mind racing, she picked up the knife and returned to the bedroom – and her husband.

After John Wayne and Lorena Bobbitt married in 1989, it didn’t take long for things to go south. John, 26, was a serial cheater who liked to flaunt his infidelities in his wife’s face. 22-year-old Lorena also maintained that John physically, emotionally and sexually abused her on a regular basis, and had forced her to undergo an abortion.

When John, drunk after a night of partying, showed up at their Manassas, VA home on June 23, 1993 and forced Lorena to have sex with him, she finally snapped. After visiting the kitchen, she pulled the covers off her sleeping husband’s body and with the slice of a knife cut off half of her husband’s penis.

Feeling dazed, Lorena left their apartment and drove off. Suddenly she realized she was still clutching half of John’s penis (though how that could have slipped her mind beggars belief). Horrified, she rolled down the car window and flung it in an empty field. Not long after, she realized the seriousness of the situation and called the police.

An extensive search was undertaken for Bobbitt’s missing member. When the little guy (too soon?) was found, it was packed in ice and reunited with its owner after nine hours of surgery. The operation was incredibly successful. Bobbitt’s doctors believed he would regain full sexual function after a year-long recovery process.

The sad story of Lorena and John Bobbitt held a morbid fascination for people all around the globe. It touched something deep and primal in both men and women, something that compelled 60 percent of Americans to follow the case, and provided fodder for late night comedians for at least a couple of years.

When they went to trial, Lorena was found not guilty of malicious wounding by reason of temporary insanity. John was acquitted of spousal rape. The couple divorced in 1995. Bet you didn’t see that coming.

Bobbitt’s next masterpiece was another autobiographical film called “Frankenpenis.” Yes, “Frankenpenis.” He graced the planet with the musical genius of his band Severed Parts while he also tended bar, drove a tow truck and delivered pizza. He continued to treat women like garbage, and did time for assault, as well as was once sentenced to five years probation for aiding in the theft of $140,000 worth of clothing, among other run-ins with the law.  He’s a keeper.

Lorena went back to her maiden name of Gallo, and kept a much lower profile. She started Lorena’s Little Red Wagon, a non-profit organization she founded to assist other women suffering from domestic abuse.