This Day in History: March 31st 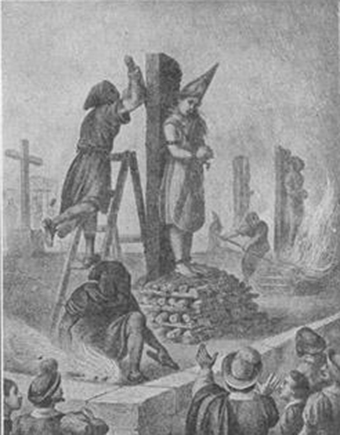 In 1492, Spain was home to the largest and most distinguished Jewish population in all of Europe. Jews had been living in the area at least since Roman times, and had existed peacefully under Muslim rule – but things changed when the Christians rose to power in the 14th and 15th centuries.

The hyper-Catholic Spanish monarchs Ferdinand and Isabella, with the Pope’s blessing of course, made it their business to stomp out heresy within their kingdom. They formed the Spanish Inquisition in 1478 to root out and punish Catholic heretics. But you can’t always catch Catholics misbehaving, so you have to start picking on Muslims and Jews too.

By January 1492, the Moors were forced to surrender Granada, the last Muslim stronghold in Spain. Since the Moors were no longer an issue, Inquisitor General Tomas de Torquemada suggested to Ferdinand and Isabella that ousting the Jews so Spain would be an exclusively Christian country would be a good idea.

The King and Queen agreed, and on March 31, 1492, they issued the Alhambra Decree, proclaiming:

Technically, the Alhambra Decree, or the Edict of Expulsion, wasn’t considered part of the Inquisition, which only held sway over Roman Catholics. This edict was issued because of the King and Queen’s wish for greater orthodoxy within their kingdom. In the words of the decree, they suspected the Jews were attempting to “subvert and to steal faithful Christians from our holy Catholic faith and to separate them from it.”

The Jews did have another choice besides just leaving – they could choose to convert to Catholicism. Some did, and some of those were later persecuted for secretly practicing Judaism, or for other such reasons.

Many other Jews chose exile over abandoning their religion and culture, only to be charged exorbitant amounts of money by opportunistic ship captains, who would often throw them overboard once at sea and steal their possessions. Spaniards would hear that departing Jews had swallowed diamonds and other precious jewels for safekeeping, and gut them in attempts to steal their supposed treasure. The lucky Jews found their way to North Africa, the Netherlands or the New World where they were free to start new lives away from the confines of Catholic Spain.