February 22, 2014 Daven Hiskey
This is a weekly wrap of our Daily Knowledge Newsletter. You can get that newsletter for free here. 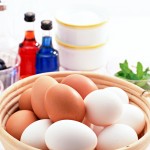 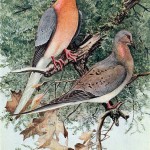 Martha was a very lonely bird. She had once been part of a pair, with her male counterpart George, but he had died several years before. So, for the final years of her life, Martha sat in her one-bird cage alone. The Cincinnati Zoo offered a thousand dollar reward (about $23,000 today) to anyone who could track down a mate for Martha. Unfortunately, there were no mates left for her.  On September 1, 1914, Martha, the last known passenger pigeon, died at the Cincinnati Zoo. Just like that, a bird that numbered in the billions about a half century before, was gone.  The passenger pigeon… (more) 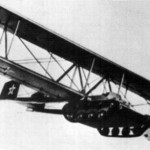 When it comes to war, innovation is key and WWII saw more insane ideas and weapons of war developed than perhaps any before it. One of the more surreal was the Antonov A-40, colloquially known as the tank that could fly!  Known in Russia as the, крылья танка (literally, “Winged Tank”), the Antonov A-40 was the end result of one, Oleg Antonov, wondering how Russians could get a fully laden tank onto a battlefield without exposing a plane to enemy fire on the ground.  Previous to this, they had already… (more) 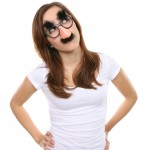 Anyone retiring from the coal-mines of life, might have noticed an ever growing defacement. Their noses and ears appear to be bigger. In fact, they are. There is a common misconception this growth is due to cartilage continuing to grow as you age. In reality, this isn’t true. The real reason our noses and ears keep growing is the result of that red-headed-stepchild of fundamental forces, gravity. To understand why our facial protrusions begin to make us look like Pinocchio caught red-handed, let’s break apart what cartilage actually is, how it grows, and why it sags over time. Cartilage is… (more) 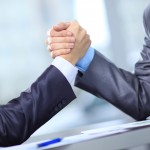 David vs. Goliath. Burr vs. Hamilton. Ali vs. Frazier. These fights have captured the public’s imagination like few others. On March 20, 1992, another battle entered this conversation. Herwald vs. Kelleher. Okay, so most likely, you probably don’t have any clue who Kurt Herwald and Herb Kelleher are and why they decided to match up against one another, but you soon will.  Prior to 1978, the airline industry was completely regulated by the government. As in, if a seat on a flight from Washington DC to New York City was a hundred dollars on United, it would be hundred dollars on Continental and American as well. Prices were the same for every airline due to federal regulations, as dictated by the Civil Aeronautics Board, because it was considered interstate commerce. That is unless… (more) 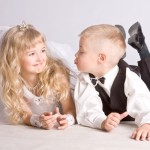 Marriage in the Ancient World: In the Western world (and generally speaking) before imperial Rome, girls were deemed sufficiently mature for marriage and sex when they first started menstruation (and boys, by the way, when they developed pubic hair). Marriage was relatively unregulated by the state then, and instead was seen as a private family matter, so it is presumed these boundaries were flexible.The Roman emperors began to take matters in hand beginning with Caesar Augustus’ marriage laws (18 BC and 9 AD)… (more) 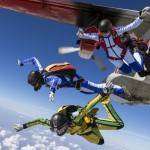 Seatbelts and airbags in cars save passengers lives. Parachutes save people who, for a variety of reasons, exit a plane in mid-flight. So why aren’t parachutes provided to passengers on commercial airline flights, in case of emergencies? Because they almost certainly would not save anyone’s life. Parachuting Basics: When your average daredevil skydives for fun, the plane is typically travelling at between 80 and 110 mph when the skydiver jumps. Tandem and accelerated free fall (AFF) jumps occur between 10,000 and 13,000 feet… (more) 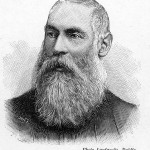 This term was named after a nineteenth century Englishman, Captain Charles C. Boycott (who originally had the surname “Boycatt,” but the family changed the spelling when he was nine years old). If you guessed that at a certain point Captain Boycott became quite unpopular with the masses, you’re correct. Shortly before Boycott would find himself boycotted, the situation in Ireland was that just .2% of the population owned almost every square inch of land in Ireland. Most of the owners of the land also didn’t live in Ireland but simply rented their land out to tenant farmers, generally on one-year leases. In the mid-nineteenth… (more)