February 26, 2014 Emily Upton
David asks: Why is the second “C” capitalized in names like “MacCleod”? 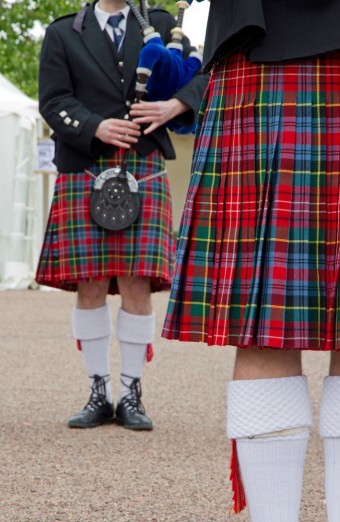 The short story is that “Mc” and “Mac” are prefixes that mean “son of.” Early inconsistencies in records are what led to having both Mc and Mac prefixes. Mc is just an abbreviation of Mac, and both can actually be abbreviated further to the much less common M’.

As you might guess from this, the myth that a Mac name denotes Scottish heritage while a Mc name denotes Irish heritage is simply not true. Similarly, the assertion that Mac names are Protestant while Mc names are Catholic doesn’t have a shred of truth to it. They both just mean “son of” and can be used by anyone of either descent or religion.

You can probably see why Mc and Mac names typically contain a second capital letter. Since proper nouns are capitalized, you would write “son of Donald,” not “son of donald.” In the same way, you would usually write MacDonald rather than Macdonald, but there are obviously exceptions. Surnames have been around so long that sometimes they get changed, and in some families, the second capital letter was gotten rid of.

In addition, some Mc and Mac names don’t include the name of the father, but the father’s profession. Take someone named John Macmaster. In this case, John’s father was a master of some sort, therefore John is the “son of a master.” Master is not a proper noun and thus does not need to be capitalized.  This practice can be seen elsewhere—every Smith, Baker, and Cook likely had someone in that occupation somewhere in their ancestry.

Other Mc and Mac surnames come from some physical feature of the person, such as Macilbowie, which means “son of the blonde man,” while the more recognizable Mackenzie (ironically enough now a popular first name for girls) means “son of the fair one.” Again, every Brown, White, Green, Bruin, Weiss, LeBlanc, etc. can relate.

There was also a prefix for “daughter of” but these mostly fell out of favour years ago. The daughter prefix was Nc, short for the Gaelic “nighean mhic.” Surnames for women like NcDonald were fairly popular in the 17th and 18th centuries, but after that time there were only a few secluded mentions of them.

To a lesser extent, “Vc” was used to denote “grandson of,” so that a person would have two surnames. Now you might have John MacDonald Vcmaster, but this tradition was never incredibly popular and is not as prevalent today.

These surnames have gone through a lot of changes over the years. Aside from Mac being shortened to Mc, in some cases the prefix was dropped altogether. This happened as Macs and Mcs immigrated to other countries and other parts of their names were changed to be more easily pronounced by the people there. For instance, in several cases MacDonald became Donaldson. However, it also occurred within Scotland itself. For instance, the name MacGregor was once banned, and the members of the MacGregor clan had to use different names. Eventually, the name was reinstated, but not everyone went back to using it