A Brief History of the Social Welfare Net 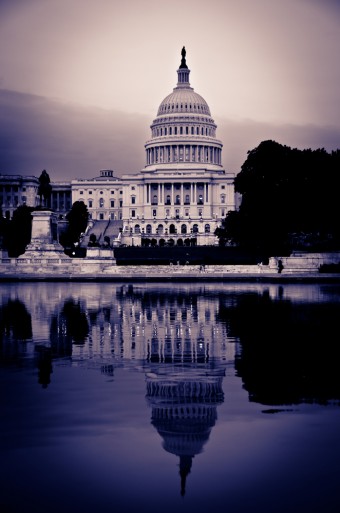 Over the past several years, the debate over the efficacy and implementation of the Affordable Care Act has highlighted the deep divides in the U.S. over the need for, and cost of, the entire social welfare net in the U.S.

All this might have got you wondering about the roots and history of social welfare in its many forms in America.  Well, wonder no more:

At the turn of the 20th century, most industrial workplaces were dangerous. Prior to the passage of the Act (FELA), injured workers had to seek relief in court, proving not only the injury, but that it wasn’t their fault and that they hadn’t assumed the risk of the worksite. As you might expect:

Many families of accident victims had to rely on charity to weather their financial losses . . . [and] the percentages of families receiving nothing ranged from 20.4 % in a New York . . . sample to as high as 60.9 percent among men killed in Illinois before 1911.

Congress enacted FELA in 1908, which provided compensation to injured railroad workers when the railroad was at fault.

Successful, many states chose to model FELA and apply it to other industries, and shortly thereafter, the first workers’ compensation laws were enacted. “By 1930 only Arkansas, Florida, Mississippi, and South Carolina had not yet enacted legislation.”

Also at the turn of the 20th century, as many flocked to cities, family life was changing and increasingly, single mothers were isolated (rather than surrounded and supported by extended families). The ad hoc welfare net of orphanages, private charities and other relief did little to alleviate these families’ desperate living conditions.

In response, progressives pushed for local and state governments to take responsibility for these families’ care:

Scoring its first statewide victory in Illinois in 1911, the mothers’ – pension movement swept forty states in less than a decade. No plank of the social-justice platform, with the possible exception of workmen’s compensation, mustered a better legislative record.

Eventually, these state and local initiatives were subsumed by the New Deal’s Aid to Families with Dependent Children (AFDC).

The economic meltdown of the 1930s, known as the Great Depression, “wiped out the lifetime savings of seniors, and poverty among the elderly was a growing concern.”

To protect Americans from the “hazards and vicissitudes of life,” in 1935 the Social Security Act was signed into law. Among its many provisions to provide economic assistance were “old age benefits” under Title II, or what “we now think of as Social Security.”

In 1939, the “old age” program was amended to include spouses and children “who relied on the income from a breadwinner.”

In 1956, President Eisenhower expanded the Social Security Act to include disability insurance. Although originally this expansion only covered people aged 50-64, today it includes people of all ages and their dependents.

Supplemental Security Income (SSI) was created in 1972 under President Nixon and was designed to provide “cash assistance to aged, blind and disabled individuals.”

For many years, before the Baby Boomers began retiring, Social Security was taking in more than it was spending, and those excess revenues were placed in a trust fund. In recent years, however, the program has been running a deficit, and if expenditures are made as forecasted, the Social Security trust fund will be depleted by 2033.

The Great Depression (1929-1939) devastated the American economy, and within three months of the Crash of 1929:

To deal with these high rates of unemployment, the states began programs that provided workers with unemployment insurance. Wisconsin was the first in 1932, and many soon followed its example. Prior to the inclusion of a UI program in the Social Security Act of 1935, California, Massachusetts, New Hampshire, Utah and Washington had also enacted employment insurance programs.

The 1935 law gave the states a lot of freedom to implement their programs, and “by August 1937, 48 states, Alaska, Hawaii and the District of Columbia had enacted their own Unemployment Insurance laws.”

Aid to Families with Dependent Children (1935)

Built upon the foundation of the mothers’ pensions, the Social Security Act of 1935 also included the AFDC (then ADC) which:

Provided a subsidy to families with fathers who were deceased, absent or unable to work. . . . [and] was viewed as a means of extending help to these families who had the misfortune to lose a breadwinner and who, it was widely believed, should not be forced to rely on the paid work of a mother who belonged at home.

The AFDC remained the primary form of “welfare” assistance in the U.S. until it was replaced with Temporary Assistance for Needy Families in the 1990s.

As a measure of national security, to safeguard the health and well-being of the Nation’s children and to encourage the domestic consumption of nutritious agricultural commodities and other food.

Many localities had developed food stamp programs during the Great Depression as a way to combat hunger and help local farmers, but these were discontinued as the economy improved.

In 1964, as part of President Lyndon Johnson’s “War on Poverty,” a federal food stamp program was implemented to improve “nutrition among low-income households.”

Successful, by 1974, 15 million people were participating in the food stamp program, and as a result of our recent Great Recession, by September 2013, “47 million Americans, one-sixth of the country,” were receiving food stamps.

In February 2014, President Obama signed an $8.7 billion food stamp cut into law, which will cause 850,000 households to lose $90 each month in food stamp benefits.

To provide healthcare for America’s seniors, Medicare came about because, as President Lyndon Johnson said:

There has been increasing awareness of the fact that the full value of Social Security would not be realized unless provision were made to deal with the problem of costs of illnesses among our older citizens.

Medicare was expanded in 2006 under President George W. Bush to include coverage for prescription drugs in the program known as Medicare Part D. In 2013, it was estimated that $68 billion was expended on the prescription drug program.

In 2010, Medicare expenditures were:

As of 2012, over 49 million people were benefiting from Medicare.

From the start, Medicaid was designed to provide health care to low-income persons who would likely otherwise go without.

A partnership between the states and Uncle Sam, the federal government dispersed Medicaid grants to those states that chose to participate in the program, which was not mandatory. Although many states willingly signed on, some held out, including Arizona, which did not begin offering Medicaid benefits until 1982.

In 1997, Medicaid was expanded and empowered the states to provide benefits to children whose families earned up to 200% of poverty under the State Children’s Health Insurance Program (SCHIP).

The Affordable Care Act recently expanded Medicaid’s reach even further to now include those with income below 133% of poverty and certain adults without children.

The supplemental nutrition program WIC was designed to address “early age malnutrition [that] was a major cause of developmental problems among low-income children.” Although a pilot program in 1972, it became a permanent fixture in the social welfare net in 1975.

To address what many saw as “welfare’s disincentives to work,” Congress passed the Earned Income Tax Credit that provides tax breaks to low-income workers (who frequently end up paying no income tax).

Although many today complain about the credit, conservative President Ronald Reagan famously described it as “the best anti-poverty, the best pro-family, the best job creation measure to come out of Congress.”

In 2010, 27.5 million low- and moderate- income working families benefitted from the EITC.

To address the needs of low-income families who were having trouble heating their homes in the face of increasing energy costs, Congress passed the Low Income Energy Assistance Program (LIHEAP). Although originally only covering heating costs, in 1984, the law was amended to include cooling costs as well.

In response to what many had seen as AFDC dependency contributing to generational poverty and disincentives to work, Congress replaced the old “welfare” program with TANF through a law titled the Personal Responsibility and Work Opportunity Reconciliation Act.

TANF made several changes to the welfare system including setting time limits on benefits, requiring recipients to work a certain number of hours, providing incentives to the states to reduce their welfare rolls and incentives to “reduce births to unmarried mothers.”

Called by many “welfare-to-work” and touted as a success, the program, particularly early in its administration, had some critics:

[TANF] eliminated federal assistance for millions of poor mothers [and] one of those . . . facing eviction from her home . . . had to put her kids up at a relative’s house so she could at least keep her “welfare to work” assignment…

In 2011, over 4 million people received benefits under TANF.

Hotly debated and highly contested (even after it was passed, the Republican House of Representatives voted 46 times to end it), the Affordable Care Act expanded the nation’s social welfare net by, among other things, eliminating pre-existing conditions, ending lifetime coverage limits, allowing young adults to stay on their parents’ insurance and providing for preventive care.

The law also expanded Medicaid to cover people who earn up to 133% of poverty, and required most others to purchase insurance, although those making up to 400% of poverty may receive cash subsidies.

While the individual mandate to buy insurance is seen as “an overwhelming loss of individual liberty and freedom” by many on the right, in 2012, the U.S. Supreme Court held that the mandate was constitutional.

Other challenges to the Act remain undecided, such as its requirement that employers provide contraception, which opponents of the law call an attack on religious liberty. In December and January, the Supreme Court granted stays allowing certain groups to not comply with the law pending the outcome of existing lawsuits that are set for oral arguments in March 2014.

Another problem with the Act’s implementation is the broken promise “if you like your plan you can keep it,” which turned out to be not entirely true. To add insult to injury, although President Obama repeatedly made this promise during his 2012 campaign, it appears that he knew the statement wasn’t completely true even then.

The President’s deception, however, was put into perspective by The Daily Show’s John Stewart:

So, yes, the president was somewhat dishonest about the promise of his healthcare program, but here’s the weird part, his opponents have been lying like mother*ckers about its effects.

Politicians being politicians on both sides of the coin.