This Day in History: February 5th 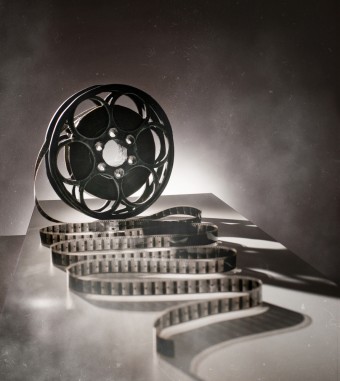 By 1919, the motion picture business was a multi-million dollar enterprise, but most of the profits were going to the studio heads who kept the stars under contract, drastically limiting their earning power in most cases. That’s why some the major movie stars of the day such as Charlie Chaplin, Mary Pickford, her husband Douglas Fairbanks and pioneering director D.W Griffith decided founding their own company would be the best way to protect their own work and interests; thus on this day in history, 1919, United Artists was formed.

These four Hollywood power players wanted more creative control over the pictures they made and how they were distributed. United Artists’ mission was to act as a distribution company and release films made by independent producers. When the head of Metro Pictures, Richard A. Rowland was told of their plan, his assessment of the situation was that “the inmates have taken over the asylum.”

Like a lot of start-up businesses, it was a bumpy road for United Artists during its first few years. Charlie Chaplin seemed reluctant to release any of his films under the UA banner, and released “The Kid” and “The Pilgrim” on First National. Naturally, this went over like a lead balloon with his fellow United Artists, especially Mary Pickford, the most business-savvy of the bunch – who had trust issues where Charlie was concerned. Charlie finally came through in 1925 when “The Gold Rush” was released through United Artists, which was one the most successful films of his entire career.

America’s Sweetheart Mary Pickford, on the other hand, was supplying the company with scads of product, such as “Pollyanna” in 1920, “Little Lord Fauntleroy” in 1921 and “Tess of the Storm Country” in 1922. Her heart-throb hubby Douglas Fairbanks provided the action-adventure classics “The Three Musketeers” in 1921, “Robin Hood” in 1923 and “The Thief of Bagdad” in 1924. D.W. Griffith directed superstar Lillian Gish in several blockbuster pictures, and Buster Keaton, as well Gloria Swanson, released pictures through United Artists.

By the 1940s, United Artists had pretty much ground to a standstill. Pickford and Fairbanks had retired with demise of silent pictures, Chaplin was so wealthy he could make films at whim and Griffith was working elsewhere.

However, they still harbored enough ill will towards the studio system and the monopoly they held on the nation’s theaters to found The Society of Independent Motion Picture Producers in 1941. Members included Charlie Chaplin, Mary Pickford, Walt Disney, Samuel Goldwyn and Orson Welles, among others.

The Society’s purpose was to encourage the aims of independent film producers in a business mainly bought and sold by the studio system. In 1942, the SIMPP filed an anti-trust suit against United Detroit Theaters, which was owned by Paramount Studios. The suit alleged that the exhibitors were guilty of monopoly and restraint of trade. In 1948, the Supreme Court ruled that the major Hollywood studios had to sell off any theater chains they owned, and eliminate various anti-competitive actions.

This ruling brought to an end the studio shenanigans that led to the formation of United Artists in the first place, though of course also had the downside of making it so that movie theater chains today have very little leverage in terms of dealing with major studios, as the theater chains are not allowed to make their own films; so to stay in business, they must cow-tow to the major studios including when it comes to setting ticket prices and revenue sharing. Major theater chains, do have a tiny bit of leverage and often can agree to push lesser movies in exchange for a better deal on others, but in general- they have almost no leverage in negotiations.

What this has to do with us common folk is that we have to pay exorbitant prices for food items at theaters as they themselves make very little on the tickets (and even lose money in many cases if we were only factoring in ticket revenue), with the vast majority of the funds going to the studios, usually on a sliding scale- the longer the movie’s been out, the greater percentage goes to the theater.

But when a movie first comes out, particularly with blockbusters where the theater chains have to make sure they can get the rights to show them, the studios get nearly all of the ticket revenue (often something like 95% the first week, 90% the second, and on down to perhaps as “low” as 80%-85%, though some that are out for a very long time do end up starting to make a profit for the theater on ticket sales alone). There are also ways the theater can pay fixed amounts instead on some movies, but this is getting a bit off topic. 🙂  We’ll cover this more thoroughly and less generically in an upcoming article.

Bottom line, what this all means is that this ruling was very good for the actors as the old system was completely unfair in most cases, but bad for those of us who don’t like to pay $22 for nachos, a popcorn, and a soda. 😉

Almost 100 years after its inception, United Artists still exists, as a subsidiary of MGM.