This Day in History: February 4th 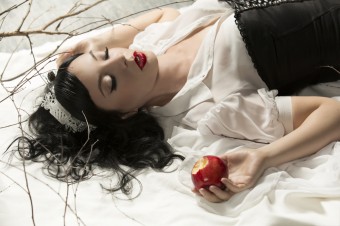 “Magic Mirror, on the wall, who is the fairest of them all?”

This simple question kicks off the world’s first full-length animated feature film, released across the United States on this day in 1938. An adaptation of a fairy tale from the Brothers Grimm collections, the evil queen, clearly having a mid-life crisis, is gunning for her young and pretty step-daughter Snow White.

The queen’s would-be assassin, who has led Snow into the woods to chop her to pieces, allows her to escape into the forest instead. She ends up staying with the seven dwarves at their place, basically doing all the same chores she had to do at the castle, just with less attitude and death threats thrown her way.

The queen makes several more attempts at tricking Snow into committing suicide, but eventually Snow gets her prince and everything’s awesome. Disney goes on to make a gazillion more movies, many of which were also modifications of other people’s works the copyrights had expired on, and with a similar theme, disillusioning young girls for generations to come, while simultaneously making sure via legal loopholes the copyrights on Disney works don’t ever expire so that no one can have a chance to use Disney’s works in a similar way that Disney used other’s stories…

If Walt Disney had listened to those around him when he was toying with the idea of making the film, it never would have happened. There were concerns that movie-goers would not be willing to sit through a feature-length cartoon. At that time, animated cartoons were crudely drawn short films aimed at kids, only suitable for showing before the “real” movie.

Disney trusted his instincts and borrowed most of money needed to make “Snow White and the Seven Dwarfs,” including some emergency funding from the great A.P. Giannini when the film was grossly over budget.

Disney’s gamble paid off handsomely. It grossed $8 million dollars after its February release (about $132 million today), more than any other film up to that time, an amazing feat near the tail end of the Great Depression.  Since then, all total it’s grossed well over $400 million with various re-releases over time.

Critics were generous and united in their praise for “Snow White.” After its Hollywood premiere in December 1937, the audience of movie stars and studio big wigs rose to their feet in a standing ovation. Hollywood legend Charlie Chaplin told the Los Angeles Times after the premiere that the film “even surpassed our high expectations. In Dwarf Dopey, Disney has created one of the greatest comedians of all time.”

The film’s imaginative utilization of creative tools including story arc, color, background and direction provided inspiration for talented directors such as Fellini and Welles. Disney won a special Academy Award in 1939 for his pioneering accomplishments with “Snow White and the Seven Dwarfs.” Shirley Temple presented him with a full sized trophy flanked by seven smaller ones.

Even all these years later, the film still dominates the animated landscape. In June 2008, the American Film Institute chose “Snow White and the Seven Dwarfs” as the #1 Animated film of all time.