How Each MLB Team Got Its Name (National League) 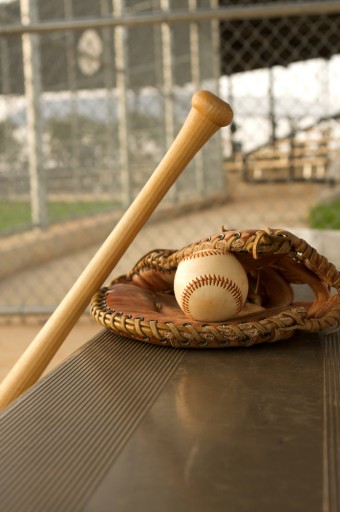 With the 2013 All Star game just around the corner, we thought it might be a good time to read-up on the history of today’s National League team names and a few interesting facts about each franchise. (for the American League team names, click here)
NL East

Origins: Founded in Boston by four former Cincinnati Red Stockings players in 1871, the team was first known as the Boston Red Stockings, then the Red Caps until the 1880s when they were called the Beaneaters (presumably after the area’s famous Boston Baked Beans).

In 1912, the team was bought by James Gaffney of Tammany Hall fame. As Tammany Hall’s symbol was a Native American (it was named after Tamanend, a famous Native American leader), the nickname Braves was chosen. Other than a brief change to the Bees from 1936-1941, the organization retained the name when it moved to Milwaukee in 1953, and then to Atlanta in 1966.

Origins: It seems various teams in Washington, D.C. switched the names Nationals and Senators for decades prior to the 20th century. In 1901, when the old Western League team, the Kansas City Blues, moved to the nation’s capitol to be a founding member of the American League, its name was changed to the Senators. When purchased in 1905, after a name-the-team marketing effort, the club was re-named to the Nationals, although many still called the club the Senators. In 1959, the team name was officially changed back to the Senators. In 1961, that organization moved to Minnesota and changed its name to the Twins.

An expansion team was awarded to D.C. in 1961, again named the Senators. That club moved to Arlington in 1972 and became the Rangers. D.C. did not have a team until it acquired the Expos from Montreal in 2005. The new owners changed the name back to the Nationals along with the move.

Origins: Short for Philadelphia, many claim the city’s National League team has always been called the Phillies since it entered the league in 1883; others say the team was briefly called the Quakers at first. Regardless, the fans love the name. In fact, when new ownership tried to change the team’s nickname to the Blue Jays in 1943, the fans simply ignored it.

Origins: In the 19th century, there was a club named the Metropolitans, but it went defunct. When New York was awarded an expansion team in 1962, the nickname was brought out, dusted off and shortened to the Mets.

Origins: Miami had a history of baseball teams named the Marlins (not MLB but other leagues) during the 1950s, 1960s and 1980s. When the city acquired an expansion team in 1993, they revived the name, but in order to appeal to the broader region, they named the team the Florida Marlins. In order to get help from the city to pay for a new stadium, the team changed the name to the Miami Marlins for the 2012 season.

Origins: St. Louis had baseball teams named the Brown Stockings and the Red Stockings, shortened to Browns and Reds, in the latter half of the 19th century, but both teams eventually went belly up. When a new team was formed to play in the American Association in 1882, the Brown Stockings name was revived. Shortened to the Browns again, the team was extraordinarily successful under the command of Charles Comiskey (of White Sox fame).

The team was renamed the Perfectos, and the sock color was changed to red in 1899. Although all agree the team was universally called the Cardinals since 1900, they disagree on the origin of the nickname. One source says that when newsman William McHale printed a female fan’s comment on the uniform change in his column in the St. Louis Republic: “What a lovely shade of Cardinal,” the name stuck. Another claims that the nickname came from the robes worn by cardinals of the Catholic Church.

Origins: When the Alleghenys were formed in 1882, the Pittsburgh team had its home across the river of the same name in the town of the same name – Allegheny, Pennsylvania. The team adopted the Pittsburgh moniker about 1890, and that’s about the time they got the name Pirates as well. Funny enough, the team got the name after a wifely publicized signing of a player, Lou Bierbauer, that the Philadelphia Athletics thought should have played for them.  During the hoopla, they were repeatedly compared to pirates in the media for “stealing” Bierbauer. Directly after this, they changed the team’s name to “Pirates”.

Origins: Cincinnati had teams named the Red Stockings since 1869, the first of which was the first ever fully professional baseball team. One that formed in 1882 adopted the name, and it was shortened to the Reds. By 1911, the word Reds appeared on the team’s uniform. During the Red Scare of the 1950s (thank you, Senator McCarthy), the team changed its name to the Cincinnati Redlegs, to avoid the association with communists. Cooler and more rational heads prevailed, “Reds” was put back on the uniform in 1961, and eventually resumed its place as the primary nickname for the team.

Origins: The Cubs were formed in 1870 as the Chicago White Stockings. By 1890, local sportswriters had dubbed the team the Colts in reference to the team’s youth and inexperience, and the name stuck. In 1897, when the team lost its popular coach, Cap “Pop” Anson, sports reporters took to calling the team the Orphans and the Remnants.

According to reports, Cubs was first coined in 1902, although the nicknames Orphans and Remnants were still also used until 1906, when Cubs became the only nickname.

Origins: Back in the day, there were a lot of breweries in Milwaukee: Pabst, Schlitz and Miller to name a few. In honor of the delicious elixir, Milwaukee’s baseball team owners have frequently chosen to name various clubs the Brewers, since at least the 1870s. However, when the Boston Braves moved to town in 1953, the team kept the nickname Braves, and took it with them when they moved to Atlanta in 1966.

Today’s Brewers started as an expansion team in Seattle (the Pilots) in 1969; after only one year, the team moved to Milwaukee where the Brewers nickname was reborn.
NL West

Origins: In a name-the-team contest in 1995 when Phoenix was awarded an expansion team, fans chose the nickname Diamondbacks (after the famous rattlesnake of the area, as well as a play on baseball’s famous diamond) from a selection that included Scorpions, Coyotes and Rattlers. The D-Backs first season was in 1998.

Origins: Starting life as the Brooklyn Atlantics (in Brooklyn, New York) in the 1880s, the nickname was changed to the Bridegrooms (shortened to Grooms) in 1888 when six players all got married in the same year. When trolleys were installed in Brooklyn in the 1890s, pedestrians were forced to “dodge” them, and were called “trolley dodgers” in the newspapers. One thing led to another, and the team began to be called the Dodgers.

Thereafter, the club was briefly called at various times the Superbas (after a circus act), the Infants (when the team president famously said: “Baseball is in its infancy.”) and the Robins (after manager Wilbert Robinson), although Dodgers was also used. When the organization moved to Los Angeles in 1958, it took the name Dodgers with it.

Origins: Entering the league as an expansion team in 1993, Colorado’s nickname the Rockies is derived from the Rocky Mountains of the western part of the state.

Origins: Originally formed in New York and called the Gothams, the team acquired the nickname the Giants when its then-manager, Jim Mutrie, referred to his players as “My giants!” When the team moved to San Francisco in 1957, it kept the name.

Origins: Named after the Spanish word Padre or Father in reference to the Catholic missionaries of the region’s past, San Diego had professional, albeit minor league, teams named the Padres since the 1930s. When an expansion team was awarded to the city in 1969, the old nickname was revived.