How Each MLB Team Got Its Name (American League) 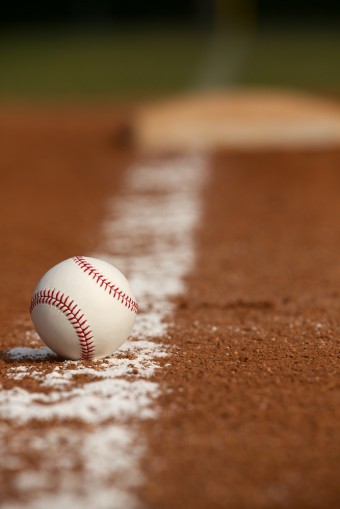 Two of the only days in the year where no major professional sport is played in the United States (MLB/NBA/NFL/NHL/MLS) are occurring now: the day before and the day after the MLB All-Star Game. So since you’ll have nothing else to do to get your sports fix, why not learn a little bit about where your favorite team got its name- (for the National League team name origins, click here)

Origins: Established as an American League team in 1901, this club originally had blue socks because the National League team (which eventually became the Braves) was called the Boston Red Stockings; so for years, the AL team was known as alternately the Bostons, the Americans, the Boston Americans or just Boston.

In 1907, when the NL team dropped all color from its uniform and was called the Doves, the AL team snatched up the name. The next year, the team appeared in Red Socks as well.

So why sox instead of socks? At the time the Red Sox (and the White Sox) were named, many Americans, including the editor of the Chicago Tribune, were pushing for simplified spelling of American English; it was common at the time to see socks spelled s-o-x.

Origins: An expansion franchise in 1998, the Rays were originally named the Devil Rays after the manta rays found just off shore in the bay. In 2007, the club dropped Devil from the name. Some ascribe the change to efforts by Christians, while others say it was to change the reference to the sun’s rays in the Sunshine State, rather than the animal.

Origins: Clubs in Baltimore have been called the Orioles, after Maryland’s state bird, since at least 1882. In 1901-1902, the team that eventually became the Yankees played in Baltimore as the Orioles. In addition, a successful minor league club by that name played for several decades in the 20th century.

The current MLB team was originally the St. Louis Browns. When the Browns moved to Baltimore in 1954, the club adopted the Orioles name.

Origins: The Yankees began as the Orioles in Baltimore in 1901. Although originally intended for NYC, the upstart American League was unable to secure permission for an AL team in the city due to political pressure from the NL New York Giants.

Rather than wait to start play, the team installed itself in Baltimore and adopted that region’s popular Orioles name. Notably, their first uniform simply had a large orange “O” on the shirt, which was easily mistaken for a big zero. The team played two seasons as the Orioles before the two leagues resolved their dispute.

In 1903, the club moved to NYC. At first, as part of the agreement with the Giants, the team was known by the catchy nickname of “the Greater New York Baseball Club.” Clever sportswriters immediately began filling the creativity void. Within a year or two the team was sometimes called the Gordon Highlanders, after the team’s president and the location of the team’s ballpark which was on high ground (compared to the Giants’ park, the Polo Grounds, which were on lowland). Very quickly, that nickname was shortened to the Highlanders.

Simultaneously, the nickname Yankees appeared; while some claim it was chosen to reference Americans, and thus, the American League, others note that the song “Yankee Doodle Dandy” was popular at the time.

By 1913 when the team left its hilltop ballpark and started playing at the Polo Grounds, the nickname Highlanders was discarded, and team became known exclusively as the Yankees.

Origins: Since Toronto was awarded an expansion team in 1977, the club has been known as the Blue Jays. There are two different stories about how the name came about.

In the first, the name supposedly came from a former Premier of Ontario, John Robarts, who said at a director’s meeting, “I saw a blue jay out my window;” in this version, the fact that its principal owner at the time, Labatt’s Brewing, was known for its blue label is also cited.

In the second version, they say a panel of 14 judges chose 10 finalist names from some 30,000 submissions in a name-the-team contest. The club’s board is said to have chosen Blue Jays from that list.

Origins: The Tigers began as the Detroit Wolverines in the Western League (which changed to the American League in 1900). However, by some accounts, the team had always also been known as the Tigers.

In Detroit, there is a well-known military unit, as old as the Civil War, called the Detroit Light Guard, but better known as the Tigers. Because of the unit’s popularity, sports teams in the city were sometimes called the Tigers, especially in newspapers.

In any event, the team was wearing orange and black striped stockings by 1900, and in 1901, the club asked for permission to use the name, Tigers, from the Guard.

Origins: Formed in 1900, the club was originally nicknamed the Blues in reference to their dark blue uniforms. Shortly after, the team was sometimes called the Molly Maguires, after manager Deacon McGuire, as well as the Naps in honor of their manager Nap Lajoie.

Naps stuck, but became a pejorative during a bad streak in the 1910s. Accounts differ on how the team chose the name Indians. Some say it was to play on the success of the Miracle Boston Braves of the 1914 World Series. Others say it was in honor of Louis Sockalexis, during whose tenure the team had sometimes been called the Indians.

Origins: In the past, KC’s only major league teams (1884, 1886, 1888, 1889) were named the Cowboys, reflecting the region’s cattle culture. When the city was awarded an expansion team in 1969, a name-the-team contest produced over 17,000 entries. Ownership chose the name Royals, in honor of the annual American Royal Livestock Show held there.

Origins: Prior to acquiring the Senators from D.C. in 1961, Minneapolis and St. Paul each had distinct, well-loved minor league teams. To accommodate the inter-city rivalry, the new club, formally the Twin Cities Baseball Club, became known as the Twins.

Origins: In the late 1800s, Chicago had a National League team, named the White Stockings, led by baseball’s first superstar, Cap Anson. That team eventually became the Colts, the Orphans, the Remnants and then, much to the chagrin of many a Sox fan, the Cubs by 1906.

Today’s Sox began as the Sioux City Cornhuskers as part of the Western League. In 1895, Charles Comiskey bought the team and moved it to St. Paul Minnesota where it became known as the Saints. When the Western League morphed into the American League in 1900, Comiskey moved the club to Chicago’s South Side and adopted the nickname the White Stockings, which was shortened to Socks. Substituting “x” for “cks” was common practice in the day, as mentioned, and the Socks became the Sox.

Origins: With the oldest nickname in baseball, the Athletics history spans the continent. The name was first used by the amateurs of the Athletic Club of Philadelphia in 1860. In 1875, the team turned pro and ultimately became known as the Philadelphia Athletics. In 1955, the organization and the name moved to Kansas City. The A’s (named for the sole “A” that has often appeared on various incarnations of the uniform), moved with the nickname to Oakland in 1968.

Origins: The Rangers began their baseball life in the nation’s capital as the Senators, a 1961 expansion team. Unsuccessful, the club moved to Texas in 1972 and immediately adopted the nickname Texas Rangers in honor of the storied law enforcement organization.

Origins: The baseball nickname Angels was originally owned by Phil Wrigley of the Cubs who sold it to one-time Dodgers owner, Walter O’Malley. In 1961, Gene Autry bought both the rights to the name, along with an expansion franchise. The Los Angeles Angels played first in LA’s Wrigley Field, then in Dodger Stadium until 1966, when the club moved to Anaheim and changed its name to the California Angels. After the Walt Disney Company took control of the team in 1996, the name was changed to the Anaheim Angels. In 2005, again under new ownership, the team’s name was changed to the Los Angeles Angels of Anaheim.  It’s only a matter of time before the team again changes its name, this time presumably to the American Angels of California and Earth in Anaheim. If baseball ever spreads beyond Earth, another name change will be needed. 😉

Origins: The Mariners entered the league in 1977 as an expansion team. After a name-the-team contest produced over 600 ideas, Mariners was chosen because of the “natural association between the sea and Seattle and her people.”

Origins: Initially the team was named the Houston Colt .45s when founded as an expansion team in 1962. The club changed its name to the Astros in 1965 to reflect Houston’s large aeronautics and space industry (“Houston, we’ve had a problem.“)