How Chicago Got Its Name 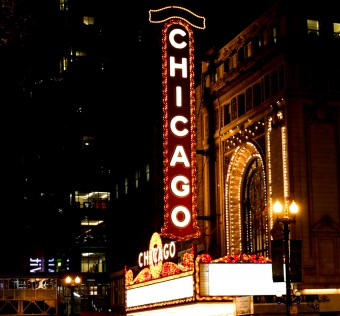 The first European to set foot in the area we know today as Chicago was Nicholas Perrot, a French trader, in 1671. He was followed a few years later by fellow French explorers Louis Jolliet and Jacques Marquette. The area was largely populated by the native Algonquian people who had long been established there. In the 1780s, Jean Batiste Point du Sable built a farm at the mouth of the Chicago River, becoming the first non-native permanent settler. In 1795, some tribes ceded the area to the United States following the Northwest Indian War. By 1830, Chicago was a recognized municipality of just 100 people. It was in 1830 that the small town’s name was officially recorded as “Chicago.”

Given the city’s roots, it probably won’t surprise you to learn that “Chicago” derives from a Native American word. However, there are different theories about which specific word it was derived from. The Native Americans who populated the area before European settlement had several different words that sounded similar to Chicago. One of the popular theories is that it was named after a chieftain named Chicagou who was reportedly drowned in the Chicago River. Other ideas about the origin include a derivative of “shecaugo” meaning “playful waters” or “chocago” meaning “destitute.” The origin of the name is wildly contested among academics due to the small number of documents contemporary to the time of Chicago’s establishment that actually discuss how it was named.

All that being said, the most accepted name origin is the Miami-Illinois word “shikaakwa,” which means “striped skunk” or “smelly onion”. Not exactly a glamorous name origin either way, right? Most historians think that the “onion” version is correct because the Miami-Illinois were known for naming natural landmarks after plants that grew in or near them, while naming something after an animal was a rarity. The plant-based naming system was practical because it was a reminder of what plants grew where, providing an easy reference for gathering food. Plant-based naming is also prevalent in other Algonquin languages. The Miami-Illinois people have also left their mark on several rivers in the area, including Indiana’s Salamonie River (from oonsaalamooni siipiiwi, or bloodroot river) and Sugar Creek (from ahsenaamisi siipiiwi, or maple tree sugar river).

It is therefore likely that “Shikaakwa” was the word for the a stream near Chicago because of the leeks or “smelly onions” that grew in the watershed. When the French began their explorations of the area, they took the word and “Frenchified” it, turning it into the “Chicago” we know today. The explorer Robert de la Salle is credited with recording the first precursor to Chicago, which he called “Checagou.”

The main evidence for the onion theory is found in the journal of Henri Joutel, a companion of de la Salle’s, who wrote this entry in 1687:

We arrived at a place which is named Checagou, which, according to what we learned, has taken its name from the quantity of garlic which grows in this district, in the woods … a species of garlic in quantity which is not entirely like that of France, having its leaf broader and shorter, and is also not so strong, though its taste closely approaches it but is not like the little onions or the onion of France.

The leeks (or spring onion or wild garlic) in question were the Allium tricoccum plant, also known as ramps. They grow across the United States and, true to Joutel’s words, have a strong garlic smell, but taste very much like onions. Native Americans in the Chicago area are believed to have used ramps to their advantage, making out of the plants such things as cold medicines and even a cream to ease itchy bee stings. They were also a popular food in spring, when they could be harvested after a long winter of bland, preserved foods.

Funny enough, you’re unlikely to find many ramps in Cook County, where Chicago lies, today and it’s illegal to harvest them if you do see some of these wild leeks within the county’s borders.