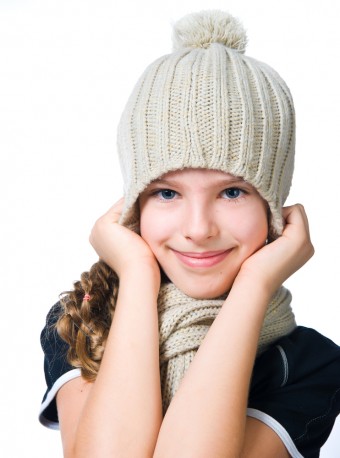 Myth: Frequently wearing a hat will cause permanent hair loss.

I was once told by my mother that wearing a hat would cause me to go bald. I’m not sure if she actually knew what causes baldness or if she simply didn’t like my Seattle Seahawks hat (stupid Pittsburgh Steelers fans!). Either way, the idea that wearing a hat will cause you to go bald is simply an annoyingly persistent myth.

Like so many other hair-related myths (and there are a shocking amount out there), it isn’t known how this one got started. It can be referenced as far back as 1929 in a book called The Childs Heredity by P.B. Popenoe. Surprisingly, though, even in this instance- one of the earlier references to a connection between hats and baldness- he was actually trying to debunk the apparently already established myth. As Mr. Popenoe states, “Generally, the wearing of tight hats and other causes blamed for pattern baldness have nothing to do with the case.”

He wasn’t that far off in his analysis of what actually does cause baldness too. He goes on to state, “The pattern is one of the inherited possessions of the family…” Considering that the human genome, and all the afflictions caused by the countless mutations of our genes, was merely science conjecture at the time, Mr. Popenoe seemed to be ahead of his time. All of that being said, let’s look at what actually causes baldness and why wearing a hat has nothing to do with it.

Hair loss is simply termed “alopecia”. This refers to any type of hair loss no matter the cause. There are numerous things that can cause it, from medical treatments like chemotherapy, to scalp infections and stress. Countless other disease processes can also result in hair loss. The type we think of as “male/female pattern balding” is known as androgenetic alopecia (AGA). This is by far the most common type of balding and accounts for approximately 90% of all male cases. It’s also the leading cause of female balding.

The two questions at hand appear to be- first, are AGA caused shiny domes affected by wearing a hat too tightly? Second, does wearing a hat cause traction alopecia? Short answer for both, no. Long answer…

To answer the first question, we need to look at what actually causes male/female pattern baldness (AGA). As we age, our hair follicles begin to shrink. The result is hair that begins to develop abnormally causing lighter, finer, and shorter hairs. In the end, the hair falls out, never to return. There are currently two known pathways that seem to work together to mediate this process. The first involves the hormone testosterone and has been known about for decades. Even Mr. Popenoe states in 1929, “But the secretion of the testicle has also a marked connection with baldness…” The second was made public in 2012; it involves the genes associated with baldness.

The hormone side of this hair-loss equation involves structures at the base of our hair follicles, known as papilla. They’re in direct contact with blood capillaries that feed it the essential nutrients for proper hair follicle growth. These papilla have a large number of receptors that allow certain hormones to attach to them. They are called androgen receptors.

There is a type of androgen hormone in our bodies known as Dihydrotestosterone (DHT). Our bodies make this from the testosterone that appears in normal blood levels. When testosterone is aided by an enzyme (type 2 5-alpha reductase) which lies in hair follicle oil glands, it turns into DHT and begins to bind to the androgen receptors. Once there, it shrinks the follicle, over time, causing AGA.

In 2012, researchers at the University of Pennsylvania’s School of Medicine, announced they had found the gene responsible for male pattern baldness and the second side of the hair-loss equation was revealed.  Known as Prostaglandin D2 (PGD2), it was found present in abnormally high numbers of bald scalps. There are an array of stem cells present in every ones’ scalp, both bald and hairy alike. These cells get activated throughout our lifetimes to maintain our hair follicles in good working order. The researchers found that stem cell descendants that actually make up the hair follicles (progenitor cells) were diminished in balding men. The result is hair follicles that become damaged over time- withering and becoming miniaturized. After testing for the possible genes responsible, they found PGD2 was the culprit.

So now that we understand more or less why people go bald with AGA, back to the question at hand- “Does wearing hats contribute to AGA?” The wearing of a hat will not affect testosterone levels, thus affecting DHT production. Putting on a brain bucket will also not affect the PGD2 gene. The result: no hat wearing problems with AGA.

So then- “Does wearing a hat cause traction alopecia?” Traction alopecia is a common cause of baldness for anyone who wears their hair too tightly. Common hairstyles worn consistently, like ponytails, tight braids, corn rows, and hair extensions have long been shown to pull on the hair so tight that it damages the follicle causing scarring. The scarring does not allow the follicle to regrow properly and thus, no more hair in the area affected.

On the surface, it appears that wearing a hat could cause the tension needed to damage the follicle. However, research done on the subject tells a different story. Dr. Aman Samrao of the Harbor-UCLS Medical Center studies traction alopecia and he states “hats don’t provide nearly enough tension to cause alopecia. I don’t see how a hat could cause that, unless you’re wearing it so tightly that it’s pulling”. So unless you’re a masochist who likes wearing your hat so tightly it causes headaches and hair pulling, you wont get traction alopecia from sporting your favorite team’s headgear.

In the end, wearing a hat will not cause you to go bald. So I say “Viva la Seattle Seahawks!”, and will continue to do so in the form of my very flamboyant fedora!