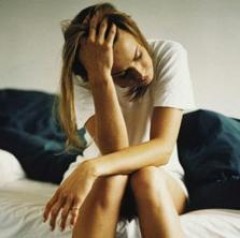 Today I found out what causes a hangover.

There are several things that contribute to hangovers, but one of the principal factors is simple dehydration.  Alcohol has a dehydrating effect by inhibiting the release of vasopressin, which is an anti-diuretic hormone.  So, in layman’s terms,  the result of alcohol inhibiting the vasopressin is that your body produces a lot more urine than normal, with the result that you become dehydrated easily. This dehydration is a major contributor to the headache, dry mouth, and general feeling of lethargy that is often experienced during a hangover.

Another major contributor to a hangover (many think even more significant than dehydration) is acetaldehyde.  Acetaldehyde is produced when alcohol is converted within your body by the enzyme alcohol dehydrogenase to acetaldehyde.  Why’s this bad?  Acetaldehyde is a carcinogen in humans and has been shown to cause damage to DNA, as well as abnormal muscle development when it binds to proteins, among other negative side effects.

Acetaldehyde eventually gets converted to the much more safe (for your body) acetic acid.  However, some people’s bodies contain a genetic deficiency where their bodies don’t convert acetaldehyde to acetic acid very well or at all.  These people have been shown to be significantly more prone to severe hangovers.  They are also ultimately more prone to Alzheimer’s disease, various organ problems, live cancer, and cancer of the upper gastrointestinal tract.

Certain East Asian groups have a mutation in their genetic code that makes their bodies much quicker at converting alcohol to acetaldehyde.  Unfortunately, a large percentage of this group also have a genetic mutation that makes their bodies very slow at converting the acetaldehyde to acetic acid.  Thus, this group is susceptible to hangovers that begin shortly after they begin drinking and last for quite a long time.  For this reason, people who have these particular genetic mutations tend to be very light drinkers, if at all.

A similar type of effect can be produced with the drug Antabuse, which prevents acetaldehyde from converting to acetic acid, so the acetaldehyde stays in your system longer, which typically results in a severe hangover.  For this reason, Antabuse is often used by alcoholics to help quit drinking.

One common myth is that headaches experienced during a hangover are partially caused by alcohol killing brain cells.  In fact, the levels of alcohol one can consume, and live, are insufficient to kill brain cells.  You can read more on this here: Alcohol Does Not Kill Brain Cells

tagged with alcohol, cause of hangover, drinking, hangover, party