The Tongue Doesn’t Have Zones for Different Tastes 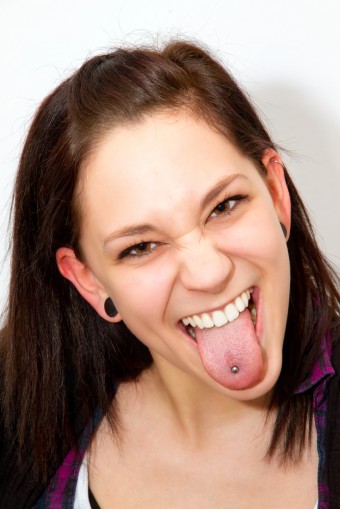 Today I found out that the tongue doesn’t have zones specializing in specific tastes, contrary to popular belief.  So why did your third grade teacher tell you they did and make you memorize each zone, then mark you down when you got one of them wrong which resulted in you not getting to go play with your friends that night because you’d promised your mom the night before that you had them down pat and didn’t need to study anymore?  Well it turns out mostly because Mrs. Schultz was full of crap and very possibly a decedent of the devil himself; or if not him, a minor daemon of the second class.  I mean, how many times do you have to explain to her that you can taste sweetness and the other major tastes on every part of your tongue, before she believes you and stops trying to teach you things that are obviously false? (I’m not bitter.)

What were we talking about again?  Oh that’s right tongues and taste buds.  It turns out this myth got its start when a certain Harvard Psychologist Edwin G. Boring (I bet his lectures were exciting… *crickets*) mistranslated a German paper written in 1901 titled “Zur Psychophysik des Geschmackssinnes” or in English “Paper that is soon to be completely debunked, along with being mistranslated by some Boring Harvard guy” (eh, eh, ‘Boring Harvard Guy’? *crickets chirping*).

On a side note, Edwin Boring also was the creator of the visual perception test of the ambiguous drawing depicting either a young woman or an old woman, which is now known as the “Boring Figure”. (I can’t make this stuff up)

The tongue paper, written by German Scientist D.P. Hanig, outlined Hanig’s research on the four known basic tastes.  He got together a group of subjects and tested the main tastes on each of them on various parts of their tongues until he figured he had a good map put together on where they tasted various tastes the most.  Being that, in reality, everybody more or less tastes everything equally with extremely slight variations that are more or less random from person to person, it can be presumed that he pretty much just made the whole set of results up so he could get another paper published and make himself look good to his university chums.

This myth endured, even among scientists, until the 1970’s and still endures today thanks to certain third grade teachers the world over.   In the 1970’s, scientists decided they might actually want to think about testing the commonly held notion of “tongue maps” that go against the personal experience of pretty much everyone who has ever tasted anything… ever.  They quickly found out that Hanig’s paper would be better served as toilet tissue instead of reading material.

Finally, here’s a little bonus factoid on taste to impress the ladies at the cocktail parties with or to help you out in Final Jeopardy.  There are not, as most people think, just four main tastes detected by our taste buds (those being sweetness, saltiness, bitterness,  and sourness).  In fact, Japanese scientists in the early 1900’s (before Hanig published his brilliant paper) discovered a fifth, which is called “umami”, which taste like chicken… or rather is commonly translated as “meaty, brothy, or savory”; basically the flavor associated with meat.

So next time someone tries to tell you there are tongue maps and ultimately end up getting you grounded from getting to play outside, punch them in the face continually until their mouth starts bleeding, then ask if the blood tastes bitter on all parts of their tongue *puts on sunglasses* or just the back.