Can Staying Awake Too Long Really Kill You? 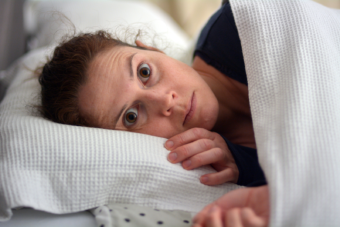 Every college student knows the eye-stinging pain of a caffeine-induced all-nighter.  It’s been well documented that prolonged sleep deprivation will lead to lower cognitive and motor function, as well as impaired memory; it might even give you the tired-giggles.  No one has ever definitively shown why sleep is necessary for our survival, and no person has ever had sleep deprivation listed as their cause of death.  As prominent sleep researcher John Allan Hobson states “The only known function of sleep is to cure sleepiness”.  So, can sleep really kill you?

Mouse studies have consistently shown that continued lack of sleep will lead to a 100% chance of death in relatively short order.  To wit, every single mouse that has been subjected to total sleep deprivation has died within 2-3 weeks of the experiment’s start. For obvious reasons, the same studies have not been performed on humans. But given the many animal studies showing this very thing, and countless sleep deprivation studies with humans demonstrating the myriad of health problems associated with a lack of sleep, the general consensus is that a complete lack of sleep for too long will certainly lead to your early demise. However, for reasons that will become clear shortly, “sleep deprivation” isn’t likely to end up being what’s listed as the cause of death.

(Perhaps this would be a good time to recommend for those who have trouble sleeping or are otherwise wanting to optimize sleep quality Sleep Smarter, by Shawn Stevenson- a book not without issues, but on the whole a decent quick-read primer on optimizing sleep- or Sleep Soundly Every Night, Feel Fantastic Every Day: A Doctor’s Guide to Solving Your Sleep Problems, by Dr. Robert Rosenberg.)

Maintaining homeostasis is the term used to describe almost every reaction your body is trying to accomplish.  Keeping all its molecules such as proteins, fats, electrolytes, hormones, and even its pH within a specific range.  For example, the body’s normal pH range is 7.35-7.45.  Too far out of this range and your cells begin to die. (It’s not surprise then that eating things that are more or less “acidic” doesn’t actually affect your blood pH levels in any meaningful way, contrary to popular belief.  Your body keeps a tight lock on this using various mechanisms out of necessity.)  The same is true of almost every one of the other molecules within the body.

One of the brain structures responsible for maintaining homeostasis via hormone release is your hypothalamus.  The hypothalamus controls things like body temperature, hunger, thirst, fatigue, emotions, growth, salt and water balance, weight and appetite, and the circadian rhythm involved with sleep.

There are quite a few components working together that make you want to sleep and wake up.  They normally revolve around 24-hour cycles known as circadian rhythms.

One factor that makes you want to sleep is the presence of Adenosine (a purine nucleoside).  This compound inhibits many of the processes involved with wakefulness, specifically inhibiting neurotransmitters like norepinephrine, acetylcholine and serotonin. Adenosine levels will continue to rise in the brain while you’re awake.  They reach their peak in the evening, and while sleeping your body will break it down.

The body also reacts to cycles of light and dark to regulate sleep.  When light enters your eyes, a nerve pathway between your retina and the hypothalamus gets stimulated.  An area of your hypothalamus called your suprachiasmatic nucleus (SCN) signals countless other parts of your body to begin releasing hormones controlling the desires to be awake or feel sleepy.

When darkness ensues, the SCN signals your pineal gland to release a hormone called Melatonin.  Melatonin will make you feel less alert and sleepier.  Melatonin levels stay elevated for around 12 hours, and by 9am, assuming a natural light/dark cycle, are barely detectable in your bloodstream.  Interestingly, exposure to certain artificial light can affect melatonin levels significantly.

For example, if you’re reading this at night, the light from the computer screen can reduce melatonin levels and you feel less sleepy.  This artificial light problem is why countless medical professionals warn against the effects of too much screen-time (cell phones, computers, and television). Failure to heed their warnings may result in insomnia and subsequent health issues which we’ll get into momentarily.

When morning comes, the SCN will then signal hormones like cortisol to be released.  Cortisol is a stimulating hormone that naturally prepares your body to wake up. It affects everything from central nervous system activation, blood sugar levels, blood pressure, and immune responses.

The rhythm of this sleep/wake clock varies with age. Young children tend to sleep more in the early evening, older adults tend to go to bed and wake up earlier. Teenagers have melatonin released later at night, thus they tend to stay wake, and sleep in, later.  Newborns don’t have the cortisol circadian rhythm and its patterns won’t develop until 2 weeks- 9 months of age.  As every parent knows, their child sleeping through the night is a gift they pray for daily! The lucky ones get theirs answered sooner rather than later

Now that we know a little bit about how our bodies control sleep.  Let’s look at the problems a lack of it can cause.

A good demonstration of how lack of sleep can kill you can be observed in the progressive, neurodegenerative disease called Fatal Familial Insomnia (FFI).  FFI is known as a prion disease.  Prions being misshapen proteins that can accumulate in the brain and cause the death of neurons.  Specifically, FFI is caused by a mutation of condon 178 on the prion protein gene (PrP).

FFI mainly affects the thalamus.  Over time, the death of the neurons associated with the thalamus cause all the symptoms of FFI.  Since the hypothalamus and the aformentioned suprachiasmatic nucleus (SCN) are affected, sleep/wake cycles are logically influenced as well.

The first symptoms of FFI tend to begin between the ages of 32-62.  Usually beginning with insomnia, progressing to weight loss, lack of appetite, body temperature problems (both too high and too low), panic attacks, and phobias.  Those symptoms progress to muscle wasting, uncoordinated movements, forgetfulness that leads to rapidly progressive dementia and unconsciousness.  While insomnia isn’t always the first symptom, total inability to sleep is common towards the end.  Death will typically happen 12-18 months after the first symptoms.

Most FFI cases are inherited.  If you have it, there’s a 50% chance you’ll pass it to your children.  Don’t be too concerned about getting it, however, as it’s extremely rare.  In fact, the mutated gene responsible has only been found in about 40 families worldwide. As of 2016, only 24 cases of sporadic FFI (not inherited) have ever been diagnosed.

With FFI being extremely rare, what about the rest of us who maybe only have chronic bad sleep instead of eventual complete inability to do so?

Countless bodily systems affect, and are effected by, the hormones released by the hypothalamus and the SCN.  It would take a book-length article and more medical jargon than any of you probably want to read to touch on the specifics of each reaction.  Given this, I’ll simply go on to mention the results that a lack of sleep can have on your health.

For the average person, getting only 6 hours of sleep per night for 1 week has been shown to change 711 of your genes.  Those changes could be at the core of why sleep deprivation is so damaging.

Cardiovascularly, sleep deprivation has been associated with high blood pressure, atherosclerosis (too much cholesterol in your arteries), heart failure and heart attack.  A 2011 study from Warwick Medical School found that less than 6 hours of sleep per night gives you a 48% greater chance of developing or dying from heart disease.  If heart problems don’t worry you, your risk of stroke will quadruple if you’re overweight and get less than 6 hours of sleep per night, compared to people who get 7-8 hours of sleep and are of healthy weight.

Why bring weight into it?

Sleep deprivation also results in higher blood sugar levels, increasing your risk of developing type 2 diabetes. This is because a lack of zzz’s decreases your insulin sensitivity- basically, you’re eating more, and the body’s ability to use those sugars goes down because it won’t respond to the insulin that’s released. Not metabolizing glucose properly leads to carbohydrate cravings, furthering the problem.

A 2006 study performed by Dr.’s Robert Stickgold and Matthew P Walker found that when sleep deprived you form twice as many memories of negative events as you do positive events.  Further studies by Matthew Walker in 2007 showed that sleep deprived subjects were unable to put emotional experiences into context and produce an appropriate response. These results confirm countless other studies showing poor sleep habits give you a much higher risk of developing depression.

Overall brain health is also affected by a lack of sleep. The body normally gets rid of waste by the lymphatic system.  In a nutshell, what is being called the glymphatic system clears the brain of waste products that increase when you’re awake.

Brain cells actually reduce in size while sleeping, allowing for cerebrospinal fluid to better flow between neurons, eliminating more waste.  Studies on the subject show beta-amyloids (plaques found between neurons in Alzheimer’s disease) are eliminated twice as fast while sleeping then when awake.

Along with clearing out waste, your brain’s ability to work in general is also diminished when you avoid shut-eye.  People who drive after being awake for only 17-19 hours have been shown to have the same amount of impaired coordination, judgement and reaction times as people with blood alcohol levels of .05%- almost as high as the .08% most states in the U.S. need to convict you of a DUI!

Countless studies have shown immune system problems associated with poor sleep habits.  For example, you’re 3 times more likely to develop a cold when you get fewer than 7 hours of sleep per night.  One theory revolves around the production of certain types of immune system cells called undifferentiated naïve T cells, and signaling proteins called Cytokines. When you’re sleeping, their production peaks. Go without sleep and you’ll have less of them, and your immune system has a problem forming its memory; the parts that recognize an invader, attack and kill it.

Increased risk of cancers are also associated with reduced sleep.  Those who get less than 6 hours of sleep can expect a 50% increase in the incidence of colorectal adenomas, and sleep apnea will increase your risk of getting cancer of any kind.

If health problems in just about every system of your body are making you somewhat concerned about your sleep habits, rest assured (pun intended)- eliminating the risk is as simple as consistently getting a good night’s rest. (Again, if you’re having trouble with that, take two Sleep Smarter and Sleep Soundly Every Night and call me in the morning.)

To emphasize the point- yes, a lack of sleep will kill you. In the short term, purposefully staying awake for more than a couple weeks in a row will hasten your demise rather quickly.  In the long term, chronically avoiding good sleep will kill you in countless other ways later down the road.

Those more critical of semantics might argue that it’s not the sleep deprivation that kills you, but rather the reactions by the body to the deprivation. In the end, does it matter? Either way, bad sleep habits will undoubtedly prevent the body from being able to maintain homeostasis in many essential functions, helping to prove workaholics right- they’ll sleep when they’re dead.