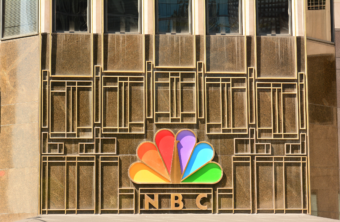 The broadcast TV networks no longer monopolize the airwaves, but they still wield tremendous influence. And the grandfather of them all is NBC.

For radio producer American Marconi Wireless (AMW), selling radios during World War I was easy. Most radios at the time were two-way and direct, and were used by people to converse with each other. Interest was confined to two groups: the military, and shipping companies. But a 25-year-old executive at AMW named David Sarnoff knew that for the company to survive after the war, it would need to find new markets.

In 1916, shortly after AMW was bought out and renamed Radio Corporation of America (RCA), Sarnoff wrote a letter to his fellow RCA executives. In it, he spoke of the future of radio: He pictured a “radio music box” that, he said, would one day be in every home. To those homes, mass transmitters would broadcast signals—instead of direct, two-way messages, the network would relay music and entertainment, one way, to millions of listeners.

Sarnoff’s bosses weren’t interested. The war was still on, and radios were selling fine. There was no reason to shift the whole notion of radio to what Sarnoff called “broadcasting.”

By 1921 World War I had been over for more than two years. And Sarnoff had been right—as the military market disappeared and the shipping market became saturated, sales of RCA radios plummeted. Sarnoff wrote another memo to RCA brass about the entertainment potential of radio. It was already taking off, with amateur hobbyists building their own crude transmitters, some forming them into actual radio “stations,” and more people were investing in radios for their homes. Still, RCA management was skeptical.

But Sarnoff didn’t let it drop. In July 1921, he hired an announcer to broadcast over the nascent airwaves a heavyweight boxing match between Jack Dempsey and Georges Carpentier.

The fight took place in New Jersey, but the audio feed was sent by telegraph wire to KDKA in Pittsburgh, one of the very first radio stations, which then broadcast it to the general public. The announcer asked listeners to send letters to RCA, telling them what they thought of the fight. Based on the volume of mail received in the next few weeks, RCA execs concluded that 300,000 people had listened in. They were finally convinced: Commercial radio was the future.

A NETWORK IS BORN

RCA couldn’t market their expensive, hand-constructed cabinet radios unless there was something for people to listen to. So, after a few false starts, in 1926 RCA launched its own radio network: the National Broadcasting Company (NBC).

“National” was a bit of an overstatement, as the network consisted of just two stations: one in New York City, and one 10 miles away in Newark, New Jersey. Head of the new broadcasting division: David Sarnoff.

But NBC rapidly expanded across the country, signing up local radio stations to be affiliates. That got the attention of national advertisers, who liked the idea of buying a single ad that would appear simultaneously across broad swaths of the country. It also got the attention of the entertainment world, which saw radio as a medium to promote movies and musicians.

BANDWIDTH ON THE RUN

In 1927, in an attempt to crowd out competitors from taking footholds, NBC split into two networks: NBC Red and NBC Blue Networks. Red consisted of pure entertainment; Blue was news, cultural shows, and some fledgling entertainment shows that were still looking for sponsors.

As NBC entered the western time zones, the three-hour time difference proved a problem, so they spun off two more networks: NBC Orange (which carried Red network programming) and NBC Gold (which carried the Blue network shows). Headquartered in San Francisco, Orange and Gold had a facility made up of five studios and staffed with a news bureau and its own orchestra, which re-created the original broadcasts from NBC Blue and NBC Red. (When “time shifting”—recording on vinyl—became more economically feasible in 1936, Orange and Gold were absorbed back into Blue and Red.)

With NBC dividing up the radio dial with its own spin-off divisions, the Federal Communications Commission demanded that they divest themselves of one of their networks. In 1943 NBC sold off the less profitable Blue network to Life Savers magnate Edward Noble, who turned it into ABC.

NBC dominated radio throughout the ’30s, ’40s, and ’50s with long-running shows such as Fibber McGee and Molly, The Great Gildersleeve, and Death Valley Days, while serving as the base for comedy and music shows hosted by Bob Hope, Fred Allen, and others. But by the mid-’40s, television was clearly the future.

RCA approached the TV industry the way they had approached radio—they made shows that people wanted to watch so they would buy the television sets RCA manufactured. In 1947 RCA stimulated TV sales by having NBC cover the World Series. And in 1951, coaxial cable linked stations in the east and then spread west, resulting in the first transcontinental broadcast.

NBC became the first major TV broadcaster, partly because it had a large bank of popular radio performers, like George Burns and Bob Hope, who readily stepped in as hosts of their own TV shows. But NBC realized that TV was more than just sound—it was visual—so the network began recruiting stars from the dying vaudeville circuit.

That’s where NBC found its first big star: Milton Berle of Texaco Star Theater, which would go on to be NBC’s first hit, ranking as the #1 show on television (what there was of it) in the 1950–51 season. Berle’s popularity earned him the nickname “Mr. Television,” and is widely credited as being a primary driver behind Americans going out in droves to buy a TV set.

Beyond NBC dominating the new broadcast medium in the early going, RCA’s initial radio scheme had paid off again. In the early 1950s, sales of TVs exploded, going from about 3 million homes in America with TVs in 1950 to 20 million in 1953; a mere decade later, 91% of all American homes contained at least one TV- a large portion of them manufactured by RCA.  And the rest, as they say, is history.