January 23, 2017 Dusti
This is a weekly wrap of our popular Daily Knowledge Newsletter. You can get that newsletter for free here. 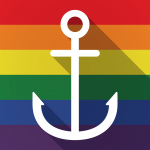 While the Ancient Greeks had their celebrated Sacred Band of Thebes, a legendarily successful fighting force made up of all male lovers, in more modern times the various branches of the United States military have not been so accepting of such individuals, which brings us to the topic of today- that time in the 1980s when the Naval Intelligence Service invested significant resources into trying to locate a mysterious woman identified only as “Dorothy” who seemed to have links to countless gay seamen. The plan was to find her and then “convince” her to finger these individuals so the military could give them the boot. This story all starts with a naval crack down to try to get rid of any gay personnel…(more) 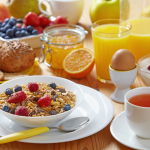 For kids who grew up in the 1980s and 1990s, it was sugary cereal commercials that dotted the television landscape, featuring lucky leprechauns, wise-cracking droids and adorable Gremlins. A common theme among all of them was advocating these products were a “magical part of a complete breakfast“, helping to ingrain that idea into our collective mindset. Of course, anyone who has even a modicum of knowledge about proper nutrition knows that regularly partaking in a massive dose of extremely calorie dense, sugary cereal is not at all needed nor advisable in a “complete breakfast”. So how did we get here? What did…(more) 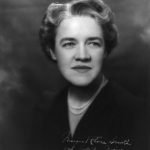 On January 27, 1964, then three-term Senator Margaret Chase Smith put the first crack in the “hardest, highest glass ceiling” when she announced her candidacy for the Republican nomination for President of the United States. Although she never really came close to winning it, Senator Smith’s presidential campaign helped dispel centuries of chauvinism and paved the way for female political leaders in the U.S. today. Senator Smith was born on December 14, 1897, in Skowhegan, Maine to working class parents, George Emery and Carrie Matilda Chase. Margaret attended public school, played…(more) 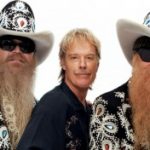 The only member of ZZ Top that doesn’t have a beard is Frank Beard.  Beard is the drummer for ZZ Top and former band member of the Cellar Dwellers, The Hustlers, The Warlocks, and American Blues. ZZ Top was originally formed in 1969, in Houston Texas.  The band, with the original members, is still making records and touring today, which makes them the second longest running band that still has the same members as when they started.  Those members are Frank Beard (drums), Billy Gibbons (lead vocals and guitar), and Dusty Hill (vocals, bass, and keyboards). The longest running band of all time, that maintained the same members as when they started, is the Four Tops.  The Four Tops played from 1953 to 1997 when band…(more)

What happens to clothes after being dropped off at the dry cleaners is a mystery to most. We know that our clothes come back a whole lot cleaner than when we dropped them off, but how? And who first got the bright idea to clean clothing without water? The earliest records of professional dry cleaning go all the way back to the Ancient Romans. For instance, dry cleaning shops were discovered in the ruins of Pompeii, a Roman city buried by the eruption of Mount Vesuvius in 79 AD. Those cleaners, known as fullers, used a type of clay known as fuller’s earth along with lye and ammonia (derived from urine) in order to remove…(more) 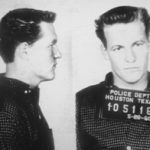 Woody Harrelson’s father, Charles Voyde Harrelson, was a contract killer. Charles Harrelson is most noted for having been convicted of assassinating U.S. District Judge John H. Wood, Jr. outside of a parking lot in San Antonio, Texas, as well as being convicted of killing a grain dealer, Sam Degalia, Jr., for money. In the latter case, Harrelson received 15 years in prison, but was paroled and released from prison within 5 years, released in 1978. One year later, he was arrested for allegedly killing Judge John Wood. Charles denied having killed the Judge, claiming he was in Detroit at the time. However, a taped conversation…(more)