November 6, 2016 Dusti
This is a weekly wrap of our popular Daily Knowledge Newsletter. You can get that newsletter for free here. 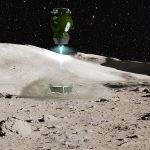 Not too long after 9:00 p.m. on the evening of April 11, 1961, a United States government listening post off Alaska picked up the sound of human voices speaking in Russian. That wasn’t unusual; in the early 1960s, the Cold War was at its height, and the listening post had been set up for the purpose of intercepting Soviet communications.But as the analysts studied the transmission, they realized that one of the voices was coming from space—low-Earth orbit to be exact—and the other voices were transmitting from the Baikonur cosmodrome in Soviet Kazakhstan, headquarters of the USSR’s space program. As the entire world would learn in a few hours, the 27-year-old cosmonaut Yuri Gagarin had just become the first human being to fly in space. As was typical with the Soviet space program…(more) 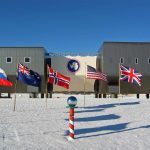 What Time Zones are the Poles In?

Given that they are every possible hour all the time, or more aptly technically in every time zone, it may come as no surprise to you that there are no official time zones at the poles. Nevertheless, groups working at or visiting the poles still have a need to keep track of and coordinate time, so what do they use? To begin with, some choose to synchronize their watches with the closest or last point of civilization. For example, the U.S. research center on Antarctica, McMurdo Station, uses the time zone of Christchurch, New Zealand, as it is the last (or first) city most travelers to and from McMurdo pass through and where they get most of their supplies from. Other bases use the time zones of their home countries, while still others just go with…(more) 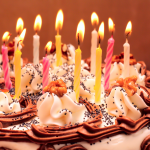 For most of human history, ordinary people’s birthdays weren’t cause for much celebration. In fact, in the ancient world if you weren’t among the elite, odds are your birthday would have mostly just been noted for things like astrological purposes, rather than throwing parties in your honor annually. One of the commonly cited “first” known instances of something like a birthday being celebrated appeared in the book of Genesis(40:20-22), 20 And it came to pass the third day, which was Pharaoh’s birthday, that he made a feast unto all his servants…(more) 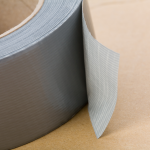 Why Things that are Haphazardly Built are Called “Jury-Rigged”

Although many describe shoddy workmanship or a hasty, temporary repair as jerry-rigged, in its original incarnation, the term was actually jury-rigged. While jury as a noun meaning a group of peers that decide the outcome of a legal proceeding has been in use English since the early 14th century, by the early 17th century, sailors had taken to using jury as an adjective that meant temporary / hastily contrived, first referring to jury-masts. It is unclear why, however, and unfortunately all we have are speculative hypotheses with nothing in the way of evidence backing them up. One such hypothesis is that French speaking sailors had been describing their quick repairs as ajurie, which meant help or relief, and English speakers mistakenly…(more) 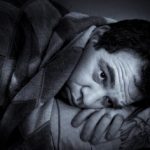 Sometimes the worst nightmares are the ones you don’t have. There are numerous conditions, disorders, and illnesses that either limit or prevents the amount of sleep an individual is able to get. Many of them are quite dangerous, but none of them are as frightening or rare as fatal familial insomnia. Prion diseases are a category of rare fatal brain diseases that can strike both humans and animals. The disease hits the nervous system and impairs essential brain functions, which can cause memory loss, decrease in intelligence, personality and behavioral changes, and insomnia. It is caused by…(more) 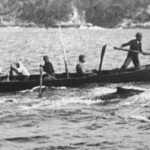 Sporting the third deepest natural harbor in the southern hemisphere and a rich habitat, the waters around Eden, Australia attract a variety of wildlife, including baleen whales and, at least in the fall and winter, orcas. At some point in the history of the indigenous Yuin people, they and the killer whales seemingly entered into a tacit sort of unspoken agreement, which was called by later whalers the Law of the Tongue. While most of the contemporary accounts of this peculiar “contract” have been lost, including very unfortunately a 1910 film by C.B. Jenkins and C.E. Wellings that visually recorded the behavior, enough remain, along with some photographic evidence, to give us a general idea of how humans and a particular pod of orcas worked together to bring down baleen whales. While little is known of when exactly this…(more) 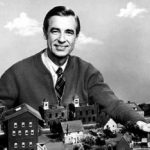 After Fred McFeely Rogers, better known as Mr. Rogers, graduated from college in 1951, receiving a B.A. in Music Composition, he began working in television, at first for NBC and later for WQED, which was a Pittsburgh public TV station that was the U.S.’s first community supported TV station.  While with WQED, working on The Children’s Corner, he used his off time to study theology at Pittsburgh Theological Seminary, as well as to take courses in child development.  By 1962, he received a Bachelor of Divinity degree and was ordained as a minister in the United Presbyterian Church and charged with continuing his work on creating and contributing to wholesome children’s television programs, which was…(more) 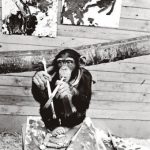 In 1964, a new avant-garde artist was introduced to the art scene in the Swedish city of Gōteborg. The fresh new artist was Pierre Brassau and his work received rave reviews from critics and art fans alike. Brassau featured four paintings in the 1964 exhibition at Gallerie Christinae, and even sold one “masterpiece” to a collector named Bertil Eklöt for $90 (about $650 today).  The exhibition featured paintings from artists across Europe, but it was the hot new French Artist who stole the show. One critic in particular, Rolf Anderberg, was so overwhelmed by Pierre’s talent that he wrote the following review about his work, which appeared in print the morning following the exhibition…(more) 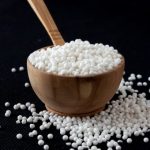 Little pearls swimming in a creamy custard flavored with vanilla or lemon, many of us have fond (and others not so fond) childhood memories of tapioca pudding. Although this staple dessert of the 1970s went out of vogue for a while, today it’s making a comeback. You may not know, however, that the tapioca we use is a refined product whose parent plant is filled with dangerous toxins that, absent proper preparation, can result in cyanide poisoning and possible death. Cassava, the plant from which tapioca is made, was one of the first domesticated more than 12,000 years ago in South America. Migrating northward, it became a staple crop for people throughout the pre-Columbian Americas. Taken to Africa by the Portuguese, today it is the third largest source of carbohydrates…(more)