June 3, 2016 Dusti
This is a weekly wrap of our popular Daily Knowledge Newsletter. You can get that newsletter for free here. 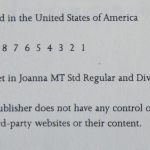 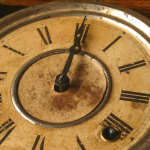 Pretty much everyone knows that if you’re asked to pass something clockwise around a table, you hand it to the person on your left because that is the same direction that the hands of a clock move. But what you may not know is that this standard direction is a function not only of timekeeping, but the Earth’s rotation and the happy accident that much of human civilization evolved in the Northern Hemisphere. If you could look directly at the North Pole from space, it would appear to spin counterclockwise. Given that spin, when a stick is placed in the ground parallel to the Earth’s axis in, say, Egypt, the shadow cast by the stick as the Sun moves across the sky will move in a clockwise direction (notably, a similarly placed stick in Australia would cast…(more) 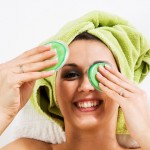 It is often claimed that periorbital dark circles are caused by tiredness or working too hard or even just staying up late. While this can be true, the truth is that your genes play a huge role here. So what exactly is happening when you get dark circles under or around your eyes? Simply put, periorbital dark circles are a result of the thin layer of skin below your eyes showing the blood vessels and the blood they contain more clearly than anywhere else on your body. (For reference, this skin around your eyelids, called periorbital skin, is on average about 0.5 mm thick compared to an average of about 2 mm thick on most of the rest of your body.) Now, as you may or may not already know, the reason veins often look blue isn’t because the blood inside them is blue; it’s because…(more) 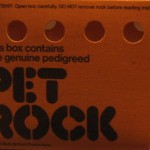 How Did The Pet Rock Fad Start?

For all you pet owners out there, has there ever been a time when you’ve just had enough? Enough hairballs, enough grooming, enough messes, enough vet bills and the like? After listening to his friends complain about such things with their pets, Gary Dahl decided to take matters into his own hands and provide the world with the planet’s perfect pet: the Pet Rock. That’s right, folks. In 1975, the biggest fad was to dish over a whopping $3.95 ($17.58 today) to purchase one very ordinary rock. It wasn’t cute or cuddly. It wasn’t a beautiful piece of art. The rock didn’t even have a face! It was just, well, a rock. What would possess someone to pay for a rock that could probably be found in one’s own…(more) 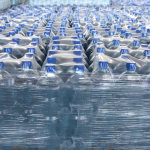 That Time Coca-Cola Tried to Sell Bottled Tap Water in the U.K. and the Hilarity that Ensued

As literally one of the biggest companies on Earth, Coca-Cola has their giant fingers in a lot of equally giant pies. One of those fingers happens to be dipped in the extremely lucrative bottled water market. The product we’re talking about today is Dasani, which currently earns Coca-Cola just shy of one billion dollars per year in the United States, despite being a drink that is nothing but filtered tap water with sodium chloride (table salt), potassium chloride, and magnesium sulfate (Epsom salt) added. While Dasani sells exceptionally well in America, when the soda giant tried to market it in the UK, they not only insinuated in their official slogan that it was full of semen, but also accidentally introduced illegal amounts of a potential cancer causing substance during the filtration process. The result was disastrous for the company, likely costing them…(more) 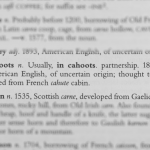 Meaning alternately companions, confederates, partners and/or conspirators, in cahoots is a phrase used to describe a situation where people are working together, often on an illegal, immoral, secret and/or unethical scheme. As for the word “cahoot” itself, it is defined as a “partnership, league.” The precise origin of in cahoots is not known, although there are a few very compelling theories. The first was floated in 1848 by John Russell Bartlett (no apparent relation to the quotations guy) in his Dictionary of Americanisms: CAHOOT. Probably from cohort, Spanish and French, defined in the old French and English Dictionary of Hollyband, 1593, as ‘a company, a band.’ It is used at the South and West to denote a company or union of men for a predatory excursion, and sometimes for partnership in business…(more) 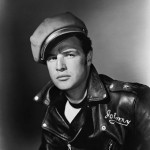 He is one of the most admired actors in the history of the movies. Marilyn Monroe called him “the sexiest man” she had ever seen. And if you watch his early, incredible performances in “On the Waterfront” (1954), “Streetcar Named Desire” (1951), “The Wild One” (1953), “The Men” (1950), and my favorite Brando film “Guys and Dolls” (1955), you can see an almost-perfectly proportioned, sleek-looking, brilliant actor. But even in these very early days of his movie career, the great Marlon liked his chow. Actor Richard Erdman, a fellow actor in “The Men” (Brando’s first film), says Marlon’s diet at the time consisted of “junk food, take out, and peanut butter”, which he consumed by the jarful. By the mid-fifties, Marlon had become renowned for eating boxes of Mallomars and Cinnamon Buns, and washing his sweet treats…(more) 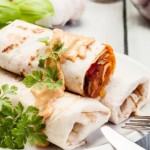 Burritos are one of the most popular Tex-Mex items on the menu. Anyone who knows a little Spanish has probably raised their eyebrows at the name, however. In Spanish, a “burro” is a donkey, and “burrito,” the diminutive form, means “little donkey.” As far as we know, donkey was never a popular ingredient in the famous dish, so how exactly did it get its name? Turns out, there are quite a few stories about how the burrito name came to be and little in the way of documented evidence backing any of them. One of the most popular stories (likely false) is that a man named Juan Mendez from Chihuahua, Mexico used a donkey to carry around his supplies for his food cart. To keep the food warm, he would wrap it up in a big homemade flour tortilla. First appearing in the early 1900s, right around the time of the Mexican Revolution, this quick, easy food item quickly became…(more)