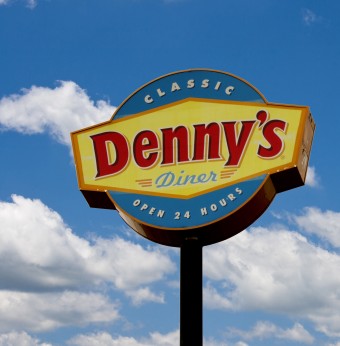 Over six decades ago, Denny’s restaurant was founded, not as a general diner, but as Danny’s Donuts on the promise that they would “serve the best cup of coffee, make the best donuts, give the best service, offer the best value and stay open 24 hours a day.”

Subsequently operating under its slogan, “America’s Diner is always open,” they have not disappointed. Offering breakfast, lunch, and dinner 24-7-365, Denny’s became a favorite eating joint for many individuals, especially on holidays. However, in 1988, Denny’s restaurants all across the country did something they’d never done before: They closed. That’s right, for the first time in their 35 years of operation, the chain of restaurants closed their doors and gave their 60,000+ employees a paid day off.

There was one problem.  Owing to the fact that they had never closed before, of their 1,221 operating locations at the time, 700 of them didn’t have locks on the doors. And that’s not all. Many of the buildings that had locks had no keys. What’s the rule? If you haven’t used something in six months, a year, five years get rid of it? Apparently for some employees, the same rule applied for the restaurant keys.

So, in addition to having to install locks on more than half of their buildings for the one day of closing, they also had to get locksmiths to make keys for many of the doors that already had locks, but nobody knew where the keys were.

With all the locks installed and keys made, all but six of their locations across the United States closed starting at 7 pm Christmas Eve and through Christmas Day of 1988.

As President of Trans World Corporation (then parent company of Denny’s) said at the time, “Since management has the day off, we thought our thousands of field employees deserved the same courtesy.”

Apparently they only deserved it once, as this was something Denny’s never did again.  You see, while it’s great to give employees Christmas off, Christmas is one of Denny’s busiest days of the year, with many people making dining at Denny’s part of their Christmas day tradition.  In fact, it isn’t unheard of for an individual branch to serve up to 1,500 customers on Christmas day alone, contributing to well over a million customers served across the nation at Denny’s restaurants on Christmas.

So while this act of kindness by upper management resulted in a flood of gratitude from employees, perhaps the major hit to their bottom line made corporate rethink the decision for subsequent years.  Whatever the case, if Denny’s ever does decide to close again en masse, it will be interesting to see if they kept better track of their keys this time.