Why Do Mexican Jumping Beans Jump? 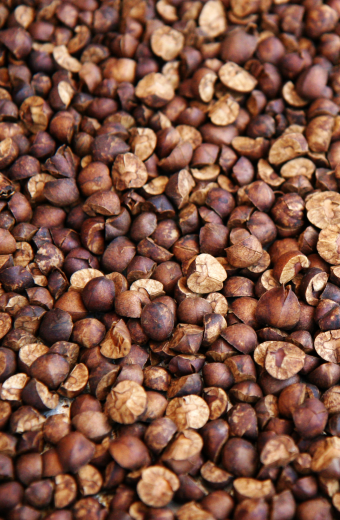 Not actually a bean at all (beans being seeds from the family Fabaceae, also known as Leguminosae), the Mexican Jumping Bean is the seed pod of a shrub called Sebastiania pavoniana that has been implanted with larva from the Laspeyresia saltitans (also called Cydia deshaisiana) moth.

When S. pavoniana begins to bloom in the spring in the arid, rocky slopes of Chihuahua and Sonora in Mexico, the mother moth lays eggs on the capsules of the shrub’s flowers. When the eggs hatch, the larvae eat their way through the capsules, and as the capsules mature, they become brown and hard on the outside, and bean-like in appearance.

The larva, safe and secure in its seedpod, feasts on the capsule’s contents. Eventually the pod falls from the bush onto the forest floor where the larva may move around, causing the bean to “jump.”

To get the larva to move around on demand, one simply needs to suddenly raise the temperature in its house. This will result in the larva attempting to move the seed and itself away from the heat source (in its natural state, trying to get away from direct sunlight) in order to avoid overheating and potential dehydration, which can quickly lead to its death. Even a small rise in temperature will suffice to get the larvae moving, and sometimes just holding them in your hand will do the trick. 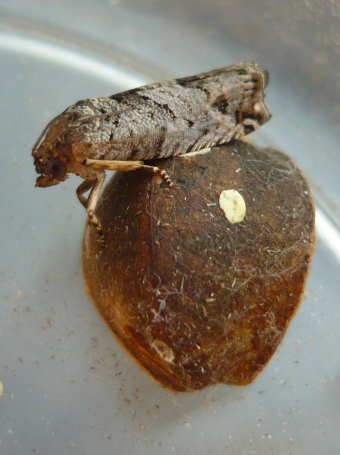 Of course, the “jumping beans” require larvae that are alive. So if you have some on hand, care is needed not to heat them too much or for too long and to soak the beans (but not submerge) in a little chlorine free water for a few hours every couple weeks.  (In their natural environment, monsoon weather tends to keep them plenty hydrated.)

As for how long the larvae can last in the proper conditions, they stay in the beans until the following spring, ultimately maturing into their pupal stage (at which point they will no longer spasm in response to heat). Just before this, they’ll eat an exit hole in the seed, then plug it up with their silken thread. Next, they’ll spin a cocoon that connects via a silken passageway to this exit. The matured moth has no jaws, so without this pre-made exit, the moth would have no way out of the seed.  The matured moth emerges from the seed in the spring at which point it generally lives for just a few days, with its sole order of businesses being propagating its species.