This Day in History: September 16th- The Grand Inquisitor 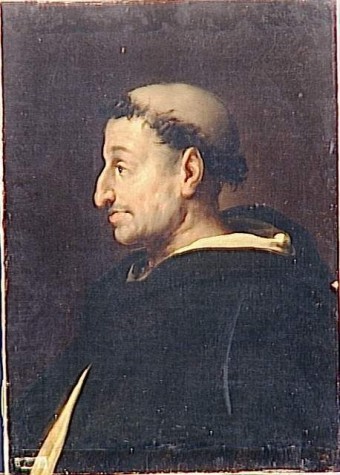 During Tomas de Torquemada’s watch as Spain’s Grand Inquisitor, he was responsible for the deaths of at least 2,000 suspected nonbelievers. As such, it’s pretty safe to say there wasn’t a lot of weeping among certain segments of the Spanish community when Torquemada died on September 16, 1498.

Born in 1420, Tomas de Torquemada was the nephew of an influential cardinal, Juan de Torquemada, which certainly came in handy for young Tomas. A Dominican friar, Torquemada was also Queen Isabella’s confessor, and later became an advisor to both Isabella and King Ferdinand.

Once the Moors had been more or less driven out of Spain, the Christian monarchs were insistent that their subjects be loyal to the Catholic Church. There was concern, however, that the Moors and Jews in the country who had supposedly converted were secretly practicing their old religions. Thus, the King and Queen decided to appoint the zealous Tomas de Torquemada to organize handling the problem. In 1483, they promoted him from head of a single Inquisition tribunal (a position he’d been given by the Pope a year previous to this) to Grand Inquisitor of Spain.

The irony of the situation was that Tomas de Torquemada himself was a descendant of a converso, the term used to describe a Spaniard who converted to Christianity from Judaism or Islam. In his case, his grandmother was a Jew who had converted to the Catholic faith.

The distrust of the conversos led to a mass expulsion of Jews from Spain in 1492 (at the insistence of Torquemada.) Initially, Ferdinand was not wholly on board with this plan, and was contemplating taking a hefty pay-off (30,000 ducats) from the Jewish community so that they’d be allowed to remain in the country and live in peace. However, legend has it that Torquemada convinced Ferdinand of the error of this course of action via citing the story of Judas Iscariot and the 30 pieces of silver he accepted to betray Jesus. In the end, the majority of Jews in Spain were forced to vacate, with a small percentage sticking around and converting to the Catholic faith, at least outwardly.

In the end, under Torquemada, countless people were tortured and it is generally estimated that at least two thousand heretics were burned at the stake between 1480 and 1530 in Spain.

Of course, all of this made Torquemada a pretty unpopular guy, even sometimes with the Pope. (There had been previous attempts at such inquisitions in other regions with generally less than successful results, sometimes with the people of the region simply killing the inquisitors.) Torquemada obviously had a bit more success, but still required many armed guards to maintain his own personal safety. Not everyone hated him, though. He was called by Spanish chronicler Sebastian de Olmedo, “The hammer of heretics, the light of Spain, the savior of his country, the honor of his order…”