This Day in History: April 10th- The Great Meddler 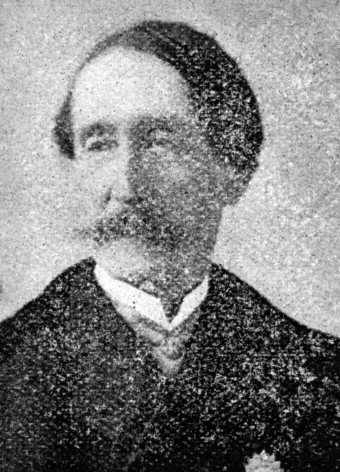 On April 10, 1866, one man became a hero for millions who could not advocate for themselves. Countless animals were saved from abuse, torture, and death when New York philanthropist Henry Bergh took up their cause and founded the American Society for the Prevention of Cruelty to Animals (ASPCA).

Henry Bergh was born to a life of wealth, privilege, and influence. In 1863, President Lincoln appointed him to a diplomatic post at the court of Czar Alexander II in Russia. He was horrified when he witnessed peasants beating horses too exhausted to rise and continue pulling carts. While touring Spain, his stomach turned at the violent and very bloody nature of bullfighting.

Inspired by the success of The Royal Society for the Prevention of Cruelty to Animals in England, Bergh resigned his post in Russia and declared his mission to work on behalf of these “mute servants of mankind.” When presenting his argument at Clinton Hall, he reasoned that the fight against animal cruelty was a bipartisan issue that touched everyone.

“This is a matter purely of conscience; it has no perplexing side issues,” he told the assembled audience. “It is a moral question in all its aspects.”

His impassioned plea was enough to prompt many dignitaries to sign the “Declaration of the Rights of Animals.” Bergh’s persuasiveness certainly had something to do with the anti-cruelty law passing the very next week on April 10, 1866. Naturally, Bergh was the first president of the ASPCA.

The ASPCA first focused its efforts around the well-being of horses and livestock, then dogs and cats. Bergh also campaigned tirelessly to abolish dog and cockfighting. (Incidentally, contrary to what you might think, chickens were first domesticated for cockfighting, not food.)

Not surprisingly, Bergh was a strong supporter of the anti-vivisection movement. New Yorkers became accustomed to seeing Bergh patrolling the streets. He inspected slaughterhouses and lectured in schools. He wasn’t afraid to insert himself verbally or physically into a situation when an animal was being mistreated.

Louisa May Alcott and Ralph Waldo Emerson (who would compose and read his eulogy in 1888) were strong supporters of Bergh and his cause.

Bergh took issue with the master showman P.T. Barnum and his practice of feeding live rodents to reptiles. (Bergh was called “The Great Meddler” by some; Barnum may have been one of those people on occasion.) However, there must have been no hard feelings – Barnum was a pallbearer at Bergh’s funeral.

The ASPCA became the prototype for 25 other similar organizations in North America. When Henry Bergh passed away in 1888, 37 of the then 38 states in the Union had enacted anti-animal cruelty laws. The Citizen wrote after his death:

“…so firm a hold did he take on the public sense of right that it is impossible that his work shall not be continued. He has made too many converts to render it all likely that his commonwealth will ever relapse into a condition to witness cruelty to animals without resentment.”