Seeing the World in Black and White: Achromatopsia 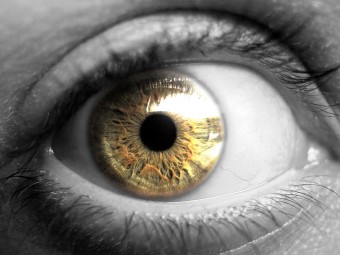 Whether caused by a tumor, a stroke, a blow to the head, or they were just born that way, people with achromatopsia have a limited or no ability to see color.

Each of the possible physical causes of the condition, such as a growing tumor or a brain hemorrhage, damage either the thalamus (a relay station in the brain for sensory signals) or the cerebral cortex, such that the pathways for discerning color are permanently disabled.

On the other hand, hereditary achromatopsia results from of one of four related genetic mutations, each of which prevents the eye from properly responding to light and color.

In the retina at the back of the eye, rods and cones live in greatly unequal proportions (120 million rods to 6 million cones). The rods are essentially all the same as they are merely sensitive to the absence or presence of light. Together with their sensitivity and great numbers, rods enable people to see even in low light conditions; however, they are no help when it comes to seeing colors.

That’s where cones come in. Divided into three groups, one each for perceiving green, blue and red, the cones discern color and are better at seeing detail.

Whether it is a rod or a cone, photoreceptor cells have a charge. The area surrounding the cell has higher levels of positively charged sodium ions (Na+) than the inside of the cells. When it’s dark, the cell’s membrane is permeable, and, seeking equilibrium, the Na+ ions move into the photoreceptors, causing the cell to become more positive than it otherwise would. When light strikes the cell, the cell membrane’s permeability decreases, preventing Na+ from entering it, and allowing the cell to become more negative, or hyperpolarize, and thereby activate.

The cones in people with congenital achromatopsia are unable to properly hyperpolarize, and therefore, signals that would otherwise convey color aren’t transmitted. There are four chromosomes that have been identified as possible culprits for the condition: chromosomes 14, 8q21-q22, 2q11 and 10q24.

In addition to being color blind, those with hereditary achromatopsia also have decreased vision overall. The only photoreceptor cells in the fovea, the central region of the retina from where the clearest vision comes, when cones aren’t functioning properly, achromats also suffer from reduced visual acuity, particularly in daylight (with vision typically no better than 20/200).

Hereditary achromatopsia affects about one in 40,000 people, although it is found in greater proportions in societies that encourage consanguineous marriages. For example, on the island of Pingelap in Micronesia, after a typhoon and famine reduced the population to only 20 survivors in 1775, one of whom had achromatopsia, as the population re-built itself, many of the community inherited the condition from the survivor, and continue to pass it on several generations later.

While there is no cure for the condition, effective treatment is available to mitigate symptoms and includes glasses to correct far- and near- sightedness as well as astigmatism, glasses with red lenses to reduce light sensitivity and glasses with wrap-around shields to reduce light interference.