April 16, 2015 Karl Smallwood
J. Emerson asks: Is it really possible to learn to speed read and if it is what are the best methods? 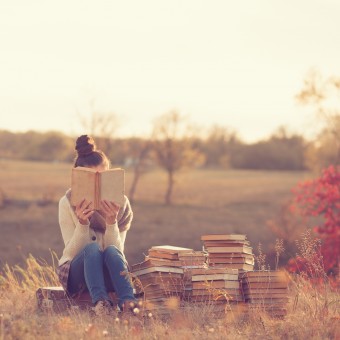 95% of college educated individuals read at a rate between 200-400 words per minute according to extensive research done by University of Massachusetts Amherst professor Dr. Keith Rayner. However, there exists a small, but rather vocal subset of people who insist that they can read several times faster than this using various speed reading techniques. With very little searching, you’ll also find many-a-company claiming that after going through their program or using their app regularly, you can easily read even as many as 1,000 words per minute. Tim Ferriss of Four Hour Work Week fame offers a method for increasing speed in reading for free on his website, claiming with this method, you’ll see an average increase in reading speed of about 386% in just three hours of practice.

So is any of this really possible?

When it comes to reading, comprehension is everything. Reading text twice as fast as someone else isn’t often very helpful if, after you’re done, you don’t understand or retain most of what you read. And this is where most speed reading programs break down. Studies have repeatedly shown that speed readers almost universally score significantly worse on reading comprehension tests than people who consume the text at a more normal pace.

Perhaps the most famous test concerning this was conducted by one Dr. Ronald Carver, author of The Causes of High and Low Reading Achievement. Among many other studies he’s done over the years looking at reading speed and comprehension, in one notable one, he painstakingly sought out the best speed readers he could find, choosing his subjects via testing a large group of college students for their speed reading and comprehension abilities and then selecting the top scorers; selecting people whose jobs required exceptional amounts of daily reading, such as a writer from the New Yorker; and selecting a few very prominent individuals who’d built reputations on their speed reading abilities.

What Carver was hoping to do here was collect the best of the best among individuals who’d previously demonstrated great aptitude for speed reading while maintaining high levels of reading comprehension. He wanted to see if they really had abilities much outside of a normal college educated individual when tested in a scientifically rigorous fashion.

It turns out, not one of these elite readers could achieve a 75% reading comprehension level (C average) while reading above 600 words per minute. While this is decidedly faster than an average college educated adult, it should be emphasized again (in case you’re currently skimming) that Carver meticulously screened the candidates in his study to find the best of the best in terms of speed readers. And the best from that group still could only achieve about a C average in terms of reading comprehension at a maximum of 1/3 faster than what is generally considered the normal ceiling of an average college level reader.

To quote the aforementioned Professor Keith Raynor, author of Eye Movements and Information Processing During Reading: 20 Years of Research, “Very few people can read faster than 400 words per minute, and any gain would likely come with an unacceptable loss of comprehension.”

Dr. Raynor goes on to state,

You can probably push yourself to get a little over 500 words per minute, but you’re limited by the eyes and the anatomy of the retina. To understand text you need to move your eyes to put the fovea (the part of your eye responsible for sharp, central vision) on the part of the text you want to focus. Acuity drops off pretty markedly outside the fovea and you can’t discriminate the words and text far from the fovea. So, that’s the rate limited factor, as is how fast the brain can process information.

An indeed, many speed reading techniques try to focus on cutting down on eye movements that on average take about a tenth of a second each movement or “saccade”. These techniques claim you can reduce the number of eye movements by doing things like reading two lines at once or taking in as many words as possible before an eye movement. But, as Raynor notes,

Another common speed reading method is to try to eliminate subvocalization (saying words in your head while reading). Raynor notes that working towards this end can help, but ultimately, “Research shows that when you do that and the text is difficult, comprehension goes to pieces.”

Essentially, your brain needs that time to not just see the word, but understand its meaning. Take away that “pause” while you subvocalize and while you might have looked at a lot of words on a page, you’re not going to understand or remember them later.  Everyone has experienced something like this at one point or another where they read a page, but are either thinking of something else or spacing out.  You get to the end of the page and realize you have no clue at all what you just read even though your eyes looked at all the words.

Further, both Carver and Raynor found that completely eliminating subvocalization while reading just isn’t possible, even for skimmers. This has been proven via hooking up electromagnetic sensors to the throat. It turns out, when you’re saying the words in your head, your brain also is sending nerve impulses to your speech controlling muscles, whether you notice or not, which can be picked up via these electromagnetic sensors. Even the best of speed readers who claim to have eliminated subvocalization have been shown to have this happen.

Your eyes can only focus on so much at one time and your brain also has processing limitations.  Once the words start getting streamed into your brain too fast, your ability to comprehend their meaning and retain anything from them sharply declines.

So while speed reading apps that do things like flash words at you on a single point so you can get rid of the time it takes to actually move your eyes to focus on a new point can potentially speed up your reading a bit, there is still the problem of how fast your brain can actually process a word. Apps that use this method tend to push the upper limit and overload your brain’s ability to comprehend, while also not letting you glance back at any words your brain finds trickier than others.  Needless to say, comprehension levels tend to be extremely poor using this speed reading method because of this.

As such, one real method for increasing your abilities as a reader, not to astounding levels claimed by many-a-speed reading course or app, but at least getting to the upper part of that 200-400 word per minute curve, is to work on your recognition vocabulary- your ability to see a word and comprehend its meaning. You can achieve this by simply reading a lot and working at increasing your vocabulary.

The increase in reading speed by broadening your recognition vocabulary can even be measured directly via monitoring the aforementioned nerve impulses to the muscles in your throat and tongue while you silently read.  It has been found that when you encounter a word you’re not very familiar with, you subvocalize it much slower than words your brain recognizes more readily.

The other advantage to a larger recognition vocabulary is reducing the number of times your eyes have to jump back to re-read a word or sentence, something that happens a lot, whether you consciously register it or not, when your brain encounters difficult or unfamiliar words.

So are there any legitimate speed readers (as opposed to advanced skimmers) out there? Yes. Michael Jordans of the reading world exist. But unfortunately for us mere mortals, their methods can’t be taught. For instance, Kim Peek, a so-called megasavant or “human Google”, who served as the inspiration for Rain Man, was one such well known example. While Peek’s mental prowess has been subjected to significant embellishment over the years, it is quite well documented that he could seemingly effortlessly absorb all of the information on a given page with remarkable speed.  While exactly how many words per minute he could read with almost perfect comprehension was never tested (at least that I could find documentation of), according to his father who by necessity had to be his “shadow” as Kim Peek called him, Kim generally averaged about ten seconds a page and then could recall it with almost perfect accuracy, even years later.

This was an ability Kim was more than happy to demonstrate, including “performing”, as it were, in front of over two and a half million people over the years in various lecture halls and libraries across the United States. Once he came out of his shell a bit after Rain Man,  he’d even often walk up to strangers on the street to demonstrate his astounding memory and date-processing abilities. This was one of the few ways he knew how to socially interact with others.

However, Peek’s abilities were believed to be the side effect of a serious congenital birth defect known as agenesis of the corpus callosum, in which the largest band of white matter that connects the two hemispheres of the brain doesn’t develop correctly; in his case, it didn’t develop at all and his brain compensated by making some rather unusual connections, leaving him mentally and physically handicapped in many ways, while also giving him his truly remarkable memory.

In the end, if you count what most think of as skimming as “speed reading”, it is absolutely possible to speed read, and there certainly are techniques that can help there. For instance, a common, very simple one is to only read the first sentence of each paragraph in a book. You’ll get the general idea of the chapter without needing to read all the nitty-gritty details.

But if you’re signing up to a course or downloading an app that claims it will teach you to read 1,000+ words per minute with the same reading comprehension levels as when you read at your normal pace, you’re going to be sorely disappointed at the actual results. Universally, these courses are either selling snake-oil or are going to teach you advanced skimming skills- learning to quickly recognize what to ignore and what to pay attention to in text on the fly. Being good at skimming can be an extremely valuable skill in some circumstances, but don’t expect to get anywhere close to the level of reading comprehension you get when reading at your normal pace. After a certain point, the faster you go, the less you’ll understand or remember later.