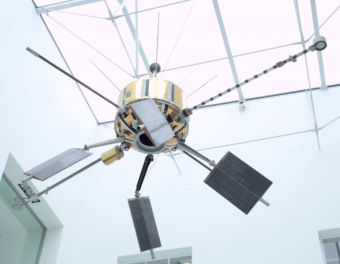 Engineering Model of the Ariel 1 (Image Courtesy of Objectivity)

When it comes to nations with a long and rich history of space travel and exploration, Britain isn’t normally a country that comes to most people’s minds. However, they were the third country in the world to operate a satellite in orbit. It’s just a shame America ended up accidentally killing it just a few months later…

The satellite in question was the Ariel-1, which was developed as a joint-venture between the United States and Britain, with Britain designing and building the core systems of the satellite and NASA launching it into orbit via a Thor-Delta rocket.

The UK scientists first proposed the idea for Ariel-1 to NASA in 1959 after NASA made an offer to help fly the scientific equipment of other nations into space. Due to the close relationship between the two countries, details were easily and quickly worked out and by the following year, scientists in the UK were given the go ahead to start creating the instrumentation needed, while engineers in the US began work on the satellite that would house the equipment. On the 26th of April, 1962, the first international space effort ever was launched into space and Britain was operating its first satellite.

According to NASA, the instruments aboard Ariel-1 were intended to help “contribute to the current knowledge of the ionosphere” and its relationship with the Sun. More specifically, scientists were curious about how the ionosphere, a part of the Earth’s atmosphere made of particles charged by radiation from the Sun, worked. (For more on the ionosphere, see:  Why Do Radio Signals Travel Farther at Night than in the Day?)

To accomplish its mission, Ariel-1 was loaded with a tape recorder for storing collected data, a device designed to measure solar radiation, and several instruments used to measure how the various particles in the ionosphere reacted and changed in response to external stimuli from the cosmos, most notably the Sun.

On July 9, 1962, mere weeks after Ariel-1 was put into orbit and had successfully begun transmitting data about the ionosphere back to Earth, British scientists were shocked when the sensors aboard Ariel-1 designed to measure radiation levels suddenly began to give wildly high readings. Initially, they assumed that the satellite’s instruments had failed or were otherwise just malfunctioning. 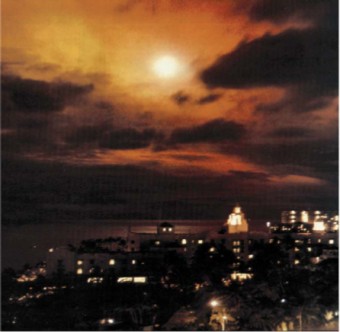 Starfish Explosion as Seen from Honolulu

As it turned out, as Ariel-1 was happily free-falling around the Earth, the US military had decided to detonate an experimental 1.4 megaton nuclear weapon named Starfish-Prime in the upper atmosphere as part of Project Fish Bowl. The explosion, which happened on the other side of the planet to Ariel-1, sent a wave of additional radiation around the Earth that ultimately damaged some of the systems on Ariel-1, particularly its solar panels, ultimately killing it and about 1/3 of the rest of the satellites in low-Earth orbit at the time. This famously included the Telstar satellite, which was the first commercial communication relay satellite designed to transmit signals across the Atlantic.

The Telstar actually wasn’t in orbit at the time of the explosion, being put there the day after the Starfish-Prime detonation. However, the additional radiation created by the explosion took years to dissipate and was not anticipated by the designers of this particular satellite. The immediate result being the degradation of Telstar’s systems, particularly the failure of several transistors in the command system, causing it to stop working just a few months after being placed in orbit.

As to the purpose of the Starfish-Prime explosion, according to James Fleming, a history professor who combed through previously top-secret files and recordings concerning the blast, the U.S. military were working with scientist James Van Allen to see if nuclear explosions could influence the existing belts of radiation around the Earth. Van Allen apparently started working with the military to launch nukes into these belts the very same day he announced to the world that he’d discovered the belts, now known as the Van Allen radiation belts. Flemming noted of this,

“This is the first occasion I’ve ever discovered where someone discovered something and immediately decided to blow it up.”

He forgot to mention the obligatory, FOR SCIENCE!!!