This Day in History: February 26th- A Boy Named Johnny 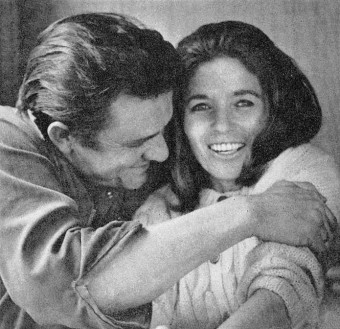 “He is what the land and country is all about, the heart and soul of it personified and what it means to be here; and he said it all in plain English. Listen to him, and he will always bring you to your senses.” – Bob Dylan

Born on February 26, 1932, John R. “Johnny” Cash established himself as the international face of American roots music. Never one to be confined by labels, He is the only artist to be inducted into The Country Music Hall Of Fame, The Rock And Roll Hall Of Fame, as well as The Songwriter’s Hall Of Fame – a testament to his broad appeal, talent, and huge popularity.

Johnny Cash was born into a family of poverty-stricken share-croppers in northeast Arkansas, where they worked the cotton fields to scratch out a meager living. Two things profoundly affected the young boy’s life – the death of his older brother in 1944 while using a table saw, and gospel music. His mother taught him to play guitar, and by the time he was 12 he was writing songs and performing music on the local radio station.

After a tour of duty in the Air Force, in 1955 Johnny got married to Vivian Liberto and signed a deal with Sun Records. The next year, he recorded “Folsom Prison Blues” followed by “I Walk the Line”, which became his first number one hit on the country charts. “Johnny Cash with His Hot & Blue Guitar”, his debut album, was released in 1957.

Johnny Cash was Sun’s best-selling artist, but felt he was being held back by the limitations of the smaller label. He then signed a deal with Columbia Records and released some of his biggest hits including, “Don’t Take Your Guns to Town” and “Ring of Fire.”

During this time Cash also developed a serious problem with drugs and alcohol that spelled the end of his marriage and got him banned from the Grand Ole Opry in 1965. With the help of June Carter, he straightened his act out, found God, and overcame his dependence on booze and pills. The couple married on March 1, 1968.

Cash won two Grammy awards the following year for “Johnny Cash Live at Folsom Prison.” The follow-up recording at San Quentin included the hit song “A Boy Named Sue” which became Cash’s biggest selling single, and the CMA’s single of the year for 1969. The song itself was written by famed writer Shel Silverstein.  Cash had only heard it, sung by Silverstein, shortly before at a party.

As such, Cash was at first resistant to recording it at the show, as he didn’t think he’d have time to learn it. And, indeed, he didn’t, but recorded it anyway.  As Cash said,

From 1969-1971, Johnny hosted a TV variety show that featured an eclectic mix of performers from the country, folk, and rock genres. He continued to hit the road with The Carter Sisters, Mother Maybelle Carter and the Statler Brothers. By the 1980s, hit records were becoming more infrequent, although he did enjoy a measure of success with his friends Waylon Jennings, Willie Nelson, and Kris Kristofferson when they recorded an album as the Highwaymen in 1985 and did a couple of brief but well-received tours.

Cash worked with producer Rick Rubin in 1994, and released “American Recordings” consisting of only Cash and an acoustic guitar. Stark and dark, the album won Cash a Grammy for Best Contemporary Folk Recording. In 1996, his album “Unchained” was awarded a Grammy for Best Country Album.

In 1997, Johnny’s autobiography, “Cash: The Autobiography” was published. At that time, he also revealed he was suffering from Shy-Drager Syndrome, a rare nerve disorder characterized by worsening stiffness, weakness, and tremors. His health continued to decline and he seldom appeared in public, although he still continued to record music.

June Carter Cash died in May of 2003 from complications following a heart valve replacement surgery. She was 73 years old. Johnny continued to work, but only lived four months longer than his beloved wife, dying from diabetes-associated causes at the age of 71.