September 20, 2014 Daven Hiskey
This is a weekly wrap of our Daily Knowledge Newsletter. You can get that newsletter for free here. 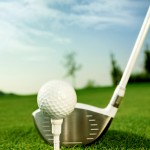 Why Golfers Yell “Fore” and Other Interesting Golf Facts

There is a long-standing belief that golf was invented by the Scottish, sometime in the 14th or 15th centuries. This maybe false, at least according to Chinese professors and the Hong Kong Heritage Museum. In 2006, evidence was presented that the game may have originated from the ancient Chinese game “Chuiwan” – loosely translated to “hitting ball.” Two paintings, one dating back to the Yuan Dynasty (1271-1368), show figures playing some sort of ball and stick game that looks like today’s game of golf. While the Scottish and the French dispute that the current game of golf came from the Far East, it is pretty clear that today’s modern game is a composite of ball and stick games played across the world hundreds, if not thousands, of years ago. With that, here are four other answers to questions…. (more) 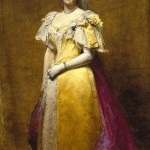 To this day, the Brooklyn Bridge remains a monumental civil engineering feat. Connecting the boroughs of Manhattan and Brooklyn and extending across the East River, the bridge is a New York City icon. When finally finished in 1883, it was the first steel-wire suspension bridge ever constructed. It is said that today over 125,000 motor vehicles cross the 130 year old bridge daily, but few know the real story and history behind this American marvel. Even fewer know who truly was in charge of overseeing its construction and completion – Emily Warren Roebling, the world’s first female field engineer. Emily was born on September 23, 1843 into an upper middle class home in Cold Springs, New York. Her father was Sylvanus… (more) 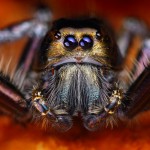 When it comes to spiders, people generally know two facts about them- that you swallow around eight of them per year and that their blood is bright blue. Fortunately, the former is absolutely not true at all, the latter, on the other hand, is mostly correct. While it’s certainly true that spiders have blue liquid in their veins, the reality is a bit more grounded than is sometimes depicted, with the fluid a much more reserved shade of blue-ish green. Also, thanks to fact that spiders are (generally) so tiny and contain very little liquid, you’re not going to see too much of this after smashing one. It should also be… (more) 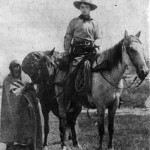 Given that most have still heard of the Pony Express today, unlike so many other messaging companies long gone, you may think that the Pony Express was once an integral part of communication between the East and West in the United States. It turns out, this was never the case and the Pony Express was around only for an extremely short amount of time. It all started on April 3, 1860, when two riders, one in Sacramento, California, the other in St. Joseph, Missouri, simultaneously embarked on a mirror-like mission – carry mail across the difficult and dangerous terrain of the American West in the shortest amount of time possible. With each load… (more) 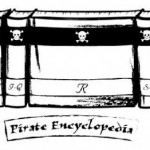 Avast: meaning “stop” or “hold still.” The word was originally derived from the Dutch phrase “houd vast,” which literally means “hold fast.”  The frequent usage of this phrase eventually got it slurred down to “hou’ vast” and later “avast.” This became a common term among sea-folk around the late 17th century. Coxswain: a boy servant (swain) in charge of a small cock. The cock was a small boat used to transport the captain to and from the ship.  This term has its origins all the way back in the 15th century.  It has since been replaced with “helmsman,” though “helmsman” can also refer to the person currently in charge of controlling the actual ship itself. Scuttlebutt: a cask of drinking water aboard a ship.  A “butt” being the wooden cask and “scuttle” being the act of drilling a hole in the butt.  Sailors… (more) 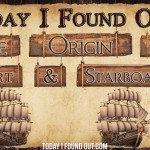 We’ve all been there.  You step on a ship and everything suddenly becomes nautical, despite the fact that most on the boat probably have to resort to mnemonics to remember which side of the ship is port and which side is starboard- usually translating port/starboard to left/right and then mentally orienting oneself to which side of the ship that would be if facing the front of the boat. When around landlubbers, this sort of mental gymnastics could be rendered much simpler by saying the universally understood “left/right side of the boat”. Of course, in emergency situations… (more) 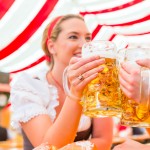 As we move past the summer and into the fall, we can count on certain things: the leaves changing color, the weather growing crisper, ghost stories being told, and the celebration of the Bavarian tradition of Oktoberfest. Even here in America, Oktoberfest is beloved as a time for dancing, dressing in lederhosen, eating sausages, and, of course, drinking beer. But what are the origins of Oktoberfest? What are we joyously celebrating? And do you actually have to wear very unflattering lederhosen? On October 12, 1810, the Bavarian Crown Prince Ludwig married Princess Therese von Sachsen-Hildburghausen in a grand ceremony in the Bavarian city of Munich. In order to involve the “commoner,” the couple and their royal parents organized a giant… (more) 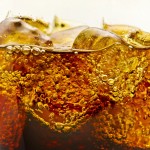 In order to make a diet soda (at least one people would popularly drink), a sugar substitute was needed. The first such artificial sweetener, saccharin, was discovered by accident. In the late 19th century, Constantin Fahlberg, after a long day working at the lab of the famed chemist Ira Remsen in Baltimore, Maryland, was at home eating dinner when he picked up a roll and bit into it. The roll was incredibly sweet. Fahlberg continued with his meal, soon realizing it wasn’t just the roll that was sweet, it was everything his hand touched. He had, quite literally, brought his work home with him, with some compound from that day’s experiments on his hands. (Yes, the first non-toxic artificial sweetener was discovered because a scientist didn’t wash his hands after getting chemicals all over them- not unlike how the effects of LSD were discovered.) According to his statement to the Baltimore Sun, when… (more) 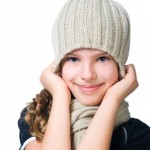 I was once told by my mother that wearing a hat would cause me to go bald. I’m not sure if she actually knew what causes baldness or if she simply didn’t like my Seattle Seahawks hat (stupid Pittsburgh Steelers fans!). Either way, the idea that wearing a hat will cause you to go bald is simply an annoyingly persistent myth. Like so many other hair-related myths (and there are a shocking amount out there), it isn’t known how this one got started. It can be referenced as far back as 1929 in a book called The Childs Heredity by P.B. Popenoe. Surprisingly, though, even in this instance- one of the earlier references to a connection between hats and baldness- he was actually trying to debunk the apparently already established… (more)