Who was Cunningham of Cunningham’s Law?- “The best way to get the right answer on the Internet is not to ask a question, but to post the wrong answer.” 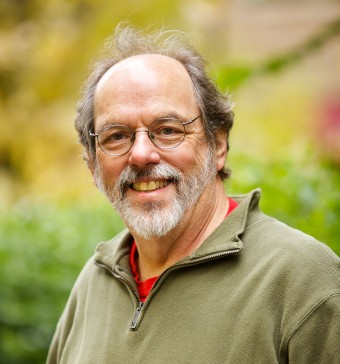 Cunningham’s Law is an internet adage that states “The best way to get the right answer on the Internet is not to ask a question, but to post the wrong answer.” It’s an interesting hypothesis for sure. And, if you’ve spent any time on the internet whatsoever, you’re likely well aware that posting something incorrect online is a sure-fire way to illicit a smarmy correction from a fellow internet denizen. (That’s not to mention the phenomenon of Grammar Nazis, or as I prefer, Grammar Nazi’s.)

In fact, Today I Found Out wouldn’t exist if it wasn’t for our deep-seated desire to correct all of those little urban myths that float around the internet- there was (and is) a decided dearth of “interesting fact” websites that bother to actually do in-depth research on the “facts” they purport, let alone ones that included all the relevant interesting details on the topic at hand.

Likewise, while it doesn’t happen often due to several levels of fact checking performed by the author and a separate fact checker for each article, when a mistake slips through the cracks (nobody bats a thousand), it doesn’t take long for one of our readers to post a comment making us aware of the error. (Aside: far from being annoyed, this is much appreciated, particularly when done politely; we HATE being wrong, even on the minor details. We then re-research the disputed item and correct it, if necessary, keeping up the façade that we do, in fact, bat a thousand… unless you happen to scroll down to read the correcting comment. ;-))

So who was Cunningham of Cunningham’s Law? In a nutshell, Cunningham is none other than Ward Cunningham, the man who invented the “user editable website” or “wiki” as it’s more commonly known. Just to be clear, because it’s a fairly common mistake, Ward doesn’t have anything directly to do with Wikipedia. Ward simply developed the first ever wiki in the mid-1990s, dubbing it “WikiWikiWeb” after the Wiki Wiki Shuttles he’d encountered in Honolulu.

The word “wiki” itself is Hawaiian for “quick” whereas “wiki wiki” means “very quick”. (Incidentally, it’s also technically pronounced we-key, not wick-ey, though given that pretty much everyone mispronounces it, Cunningham and others have long stopped correcting people, ironically enough.)

From there, wiki software was developed by Peter Merel, CvWiki, based on WikiWikiWeb’s engine “WikiBase.” In turn, Marcus Denker developed AtisWiki based on CvWiki, then Clifford Adams developed UseModWiki based on AtisWiki. (Knee bone connected to the thigh bone…)

This all brings us back to Wikipedia, which originally used UseModWiki as its platform. Due to performance issues, among other problems, this was quickly replaced by a wiki platform that would come to be called MediaWiki. This was developed specifically for Wikipedia, initially by Magnus Manske, then when performance issues again became an issue, largely re-written by Lee Daniel Crocker, with many others since contributing.

In any event, the term “Cunningham’s Law” first appeared online in 2010 in an issue of the New York Times as a comment left by one Steven McGeady, who you may or may not recognise as a former executive at Intel and the guy who famously testified against Microsoft during their 1998 anti-trust trial. The comment itself was left in response to an article asking users to submit “novel eponymous laws” in the same vein as things like Murphy’s Law (see: Who is Murphy from Murphy’s Law) or Godwin’s Law, which states: “As an online discussion grows longer, the probability of a comparison involving Nazis or Hitler approaches 1.”

According to the comment left by McGeady, Cunningham’s Law was “named after Ward Cunningham, a colleague of mine at Tektronix. This was his advice to me in the early 1980s with reference to what was later dubbed USENET, but since generalized to the Web and the Internet as a whole.” He also goes on to point out the irony of the relationship between Cunningham, his law, and the fact that, “Wikipedia is now perhaps the most widely-known proof of Cunningham’s Law.”

In short, the Cunningham of Cunningham’s Law is the guy who invented the first version of the platform which Wikipedia would ultimately be based; the law itself began as advice he gave to people in the 1980s; and the only reason we know of it today is because someone he mentioned the idea to talked about it in the comments of an article online. We’re going to be honest, we’re kind of hoping Cunningham at some point comes out and claims he was misquoted or never actually said that.