September 13, 2014 Daven Hiskey
This is a weekly wrap of our Daily Knowledge Newsletter. You can get that newsletter for free here. 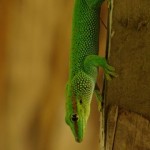 Why a Gecko’s Feet Can Stick to Almost Anything

It has been observed since the 4th century BC that geckos have the ability to climb walls, hang upside down, and apparently “stick” to anything. Aristotle was the first known to have commented on the phenomenon, stating gecko’s have the ability to “run up and down a tree in any way, even with the head downwards.” It wasn’t until recently that it was discovered what gave them this spider-man-like ability. Gecko’s have millions of tiny… (more) 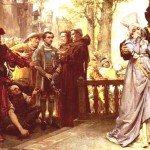 The practice of jus primae noctis (“right of the first night”) is, in simplest terms, the right of the local noble to deflower local peasant brides on their wedding night before their newlywed husbands. Precedence for this practice supposedly goes back for many thousands of years, with the first reference of something like it going all the way back to the Epic of Gilgamesh from over four thousand years ago. This practiced (apparently) reached its crescendo during the Middle Ages in Europe, and today is popularly depicted in Hollywood in such films as Braveheart. But did it really ever happen?… (more) 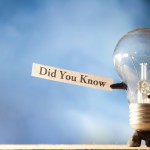 In December 1979, in the depths of a Montreal winter, two Canadian newspapermen created one of the most popular board games the world has ever known. High school dropout Chris Haney was the photo editor of The Gazette. He had originally dropped out of school at the age of 17 in order to take a copy boy job with the Canadian Press, the company his dad worked for.  After his eventual Trivial Pursuit fame and riches, he would state he regretted his decision to drop out of school… at the age of 17; he stated he wished he’d done it at 12. (Incidentally, Dave Thomas, the founder of Wendy’s and the man partially responsible for saving KFC, was also a high school dropout.) In any event, Haney’s buddy, Scott Abbott, was the sports editor for The Canadian Press. According to legend, after realizing that… (more) 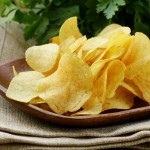 The Truth About the Origin of Potato Chips

The prevailing story of the origin of the potato chip starts in Saratoga Springs, New York, a historically affluent and resort community. It was 1853, eight years before the beginning of the Civil War. Known for its mineral springs and their supposed rejuvenation properties, Saratoga Springs had just started becoming a tourist destination with help of the railroad that cut through the town. Resorts, inns, restaurants, and spas had begun to crop up along the shores of Saratoga Lake. Moon’s Lake House, owned by Cary Moon, was one of the finest of those restaurants. Vacationers and wealthy summer home owners visited the restaurant often. At the restaurant, two people shared the cooking responsibilities, Catherine “Aunt Kate” Weeks and her brother (or brother-in-law, depending on who’s telling the story), George Crum… (more) 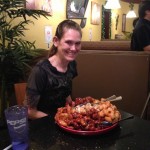 Big appetites can come in small packages. Case in point: 5′ 7″ and 125 pound Molly Schuyler, who lives with her husband and four kids (ages 5, 6, 7 and 10) in Bellevue, Nebraska. She maintains her lean frame by typically sticking to lots of vegetables, salads without dressing and keeping up with her four kids. She also notes, “We (competitive eaters) don’t eat like crazy all the time. That would just be impossible.” Working on her craft, what she has referred to as “a stupid human trick,” since she was a child, Molly noted that… (more) 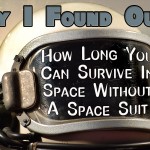 How Long You Could Survive in Space Without a Space Suit

If you ever find yourself exposed to the near vacuum of space, so long as you don’t try to hold your breath, which would result in your lungs rupturing and thus pretty well guaranteed that the incident would be fatal, you’ll likely remain conscious for about 10-15 seconds, with perhaps half that being useful consciousness. After that, you’ll be fine as long as you’re placed back in a pressurized environment within about 90-180 seconds. These numbers are based on both human accidents that have occurred and on experiments run on animals. For instance, in 1965, researchers at the Brooks Air Force Base in Texas ran a series of experiments… (more) 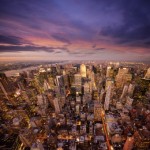 The earliest documented reference to New York being referred to as “The Big Apple” comes from a 1909 book by Edward Martin, called The Wayfarer. In it, he uses the moniker in a metaphorical sense, rather than a proper name for the city: “Kansas is apt to see in New York a greedy city… It inclines to think that the big apple gets a disproportionate share of the national sap…” The next known documented instance of New York being called “The Big Apple” comes from sportswriter John J. Fitz Gerald who began popularizing the name starting on May 3, 1921… (more) 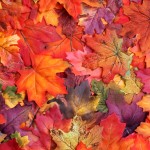 The primary thing that triggers the changing of colors in leaves is the length of day.  However, moisture and temperature play a role as well.  For instance, an extreme drought in the summer can delay somewhat the changing of the colors in fall.  Why this is the case is not wholly understood, but it is possibly from the tree not being able to make as much food to store up for the winter, in the case of the drought, so it might be trying to push the envelope a little in terms of making food for a couple more weeks before needing to shed the leaves. Temperature also plays a part in the ultimate vividness of the color.  However, as far as the timing goes, seems to play… (more) 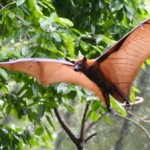 Seeing with sound, bats can find their way around by bouncing sound waves off of objects. Called echolocation, it allows a bat to navigate the world with impressive accuracy and speed. However, each bat, even within a swarm, needs to emit its individual calls in order to navigate in certain conditions. (Note: contrary to popular belief, bats are not blind). As you can imagine, that’s a lot of sound waves bouncing around, and there is bound to be some overlap. Yet, despite the potential for interference, bats rarely are confused by their comrades’ calls. So why not?… (more) 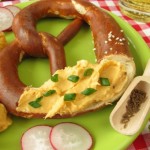 A Brief History of Pretzels

A common origin story of pretzels is that they were created by a monk around 610 in Italy. According to The History of Science and Technology, the monk baked strips of dough that he folded into a shape resembling a child crossing its arms in prayer. He would give these treats, which he called “pretiolas” or “little rewards,” to children who had memorized their prayers. Unfortunately- and not surprisingly- there’s no documented evidence from the 600s to confirm this story. Other similar stories star a monk from France and bakers held hostage in Germany. While any one of these stories might have some modicum of merit, what we do know for certain is that the earliest recorded evidence of pretzels appeared in the crest of German bakers’ guilds in 1111. Later… (more)