A Brief History of the “Happiest Place on Earth” 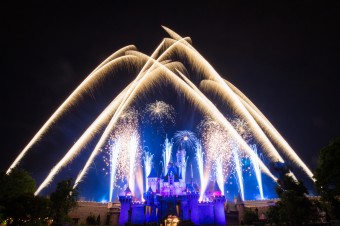 On November 15, 1965, at approximately 2:00 pm in the Grand Ballroom of the Cherry Plaza Hotel in Orlando, Florida, Governor Haydon Burns sat between the brothers Disney, Walt and Roy during a press conference. Opening the remarks, Governor Burns stated, “Walt Disney will bring a new world of entertainment, pleasure, and economic development to the state of Florida.”

This was, of course, the announcements for plans that would become the “Walt Disney World Resort.” It would take six years before the Magic Kingdom was completed and the creative mind behind it, Walt Disney, would succumb to lung cancer before the gates ever opened. But this 27,000 acre campus would soon become known as the “Happiest Place on Earth” and would revolutionize the way the world vacationed.

In order to understand the creation of Disney World, we must go back ten years and travel west, nearly 2500 miles, to Anaheim, California.

On July 17, 1955, Walt Disney swung open the doors to his very own theme park, Disneyland, with this dedication:

“To all who come to this happy place: Welcome. Disneyland is your land. Here age relives fond memories of the past, and here youth may savor the challenge and promise of the future. Disneyland is dedicated to the ideals, the dreams, and the hard facts that have created America, with the hope that it will be a source of joy and inspiration to all the world.”

It is said the idea of a themed park for kids and adults alike to enjoy came to Disney while watching his daughter on the merry-go-around in Los Angeles’s Griffith Park. After a 1948 visit with his family to Henry Ford’s Greenfield Village in Dearborn, Michigan, which featured Main Street and steamboat rides, he wrote a letter to his production designer Dick Kesley in which Disney talked of a park with a railroad station, town hall, restaurants, opera house, movie theatre, magic shop, and carnival section. This was the first vision of Disneyland.

From that letter to completion, it only took seven years for Disneyland to become reality. The original home was going to be in Burbank, California, next door to (still to this day) Disney Studios, to be situated on an eight acre piece of property on Riverside Drive. It soon became clear as plans finalized that this tract of land would not hold Mickey Mouse. Additionally, the city of Burbank wasn’t too keen on having a “carnival atmosphere” in their town. The city council turned down the proposal in 1952 and demand extreme modifications. So, Walt Disney turned his sights 37 miles south, to Orange County.

Bringing science and economics into his decision-making process, Walt Disney had hired Harrison Price of the Stanford Research Institute to determine what area in the temperate climate of Southern California held the largest potential for growth, accessibility, and profitability. Price proposed Anaheim, California. With this suggestion, Disney bought up 160 acres of mostly rural land filled with citrus and walnut groves in the area. Construction on Disneyland began on July 16, 1954. Price would go on to become a Disney legend, helping to assess and pick over 150 locations in which to build Disney properties, not to mention being hired by SeaWorld, Six Flags, and several World’s Fairs for the exact same purpose. In 1999, Variety called him the “Dean of Recreation Economics.”

Disneyland would cost $17 million to build (about $151 million today) and exactly one year and one day from beginning of construction to complete. It was only a short time from when the gates first opened in Anaheim (and not to particularly rave reviews) that Disney realized he had made a few errors.

First off all, comprehensive market surveys revealed that only a small percentage of Disneyland visitors (about five percent) came from east of the Mississippi. While this was perfectly fine if Walt Disney wanted a regional park, this was far from ideal with someone with national aspirations. At the time, 75 percent of the country’s population lived on the east coast.

Additionally, it was also said that Disney felt like he miscalculated the land speculation that became rampant in Anaheim once Disneyland opened. He had failed to acquire the land around his park, so in Disney’s absence, came businesses, landowners, and prospectors who didn’t meet Disney’s high standards. He believed that these individual owners brought down the value of his magnificent park, and of course owning and controlling the land around the area would have just been good business. So, as early as 1959, Walt Disney, emboldened by the ultimate success of Disneyland, set out to do it again, but this time, with a few differences. This new park would be on the east coast, Disney would have complete control of land around the original park, and it would be the biggest theme park the world had ever seen.

Before Walt settled on Orlando as his new home, there were several other candidates. Among them were St. Louis, Washington DC, New Jersey, and (rather oddly) the Canadian side of Niagara Falls. Disney ultimately didn’t go with these sites for various reasons, ranging from the obvious – weather restrictions, lack of available land, competition from other attractions (particularly in the DC area) – to the much more thought out. Disney explained all of this in 1966, “I don’t like ocean sites because of the beach crowd, and also the ocean limits approach. If you’ll notice, Disneyland at Anaheim is like a hub with freeways converging on it from all sides. I like it better inland.”

The other reason Walt choose Orlando was because the local governments were willing to help keep things quite about his plans. Partly out of practicality, partly out of paranoia, and partly a money-saving technique, Disney’s overall approach in site selection and land acquisition was described by biographer Bob Thomas as “a two-year cloak-and-dagger saga of deception, false identities, and dummy corporations.”

Disney and his colleagues began surveying the land (located in Orange and Osceola counties) in 1963; they found the land to be full of pine forests, cattle ranches, citrus groves, and swamps. In fact, it was known as Reedy Creek Basin, a drainage shed. But Disney loved it for the reasons already described above and, as well, for the planned and partially built interstates that led directly into this region. It also helped that McCoy Air Force Base was nearby, which would be become Orlando International Airport.

They employed real estate agents across the region, who weren’t even allowed to know who their client was, to negotiate for the purchase of individual pieces of land. Since none of the landowners, ranchers, and farmers knew that these agents were working in concert and the land itself wasn’t worth a lot to them as farm land, deals were constructed for as little as hundred dollars an acre. To further the secrecy (and toe the line of legality), “dummy corporations” were set up to to be used in the transactions, with names like Latin-American Development and Management Corporation and Reedy Creek Ranch Corporation. All in all, they bought 27,000 acres of land (twice the size of Manhattan) for five million dollars, or an average of 182 dollars per acre.

Soon, people started noticing what was happening, but no one really had a clue who was doing it and why. In fact, the Orlando Sentinel ran a piece with the headline, “We Know We’ll Get It, But We Don’t Know What.” Rumors floated that NASA, the Rockefellers, perhaps even Howard Hughes were behind this massive land grab. Soon enough, though, the Orlando Sentinel dug and good journalism won out, well, at least eventually. There are rumors that Walt Disney himself approached the newspaper and begged, pleaded, and maybe even bribed them to keep the identity of the buyer out of the paper until he was ready to announce. He insisted that if the story was leaked, the Orlando project would die, causing Central Florida to miss out on a potential tourism boom.

Nevertheless, the truth began to leak out. On May 20, 1965, the Sentinel ran that, ”the land is being purchased for a second East Coast Disneyland attraction,” but immediately called the declaration into question by saying Disney denied all of this during a recent trip to Cape Kennedy. Said the Orlando Sentinel in article about the history of the region in 1993, “Disney baldly lied in telling the newspaper he was spending $50 million to expand Disneyland in California and was not interested in another such venture at that time.”

Finally, there were too many signs and clues to hide it any longer. At the the insistence of reporter, Emily Bavar, the Sentinel ran the headline, “We Say ‘Mystery’ Industry is Disney.” At the blessing of Walt Disney, Governor Burns confirmed this to be true on October 25, 1965. Three weeks later, Burns, joined Roy and Walt Disney to make the announcement official.

On November 2, 1966, Walt Disney was diagnosed with lung cancer from years of chain smoking. The disease was so far along that within 45 days, he passed away. He never saw Disney World completed. Roy, his brother and the CEO of Disney Studios, postponed his retirement to oversee the construction of Walt Disney World Resort, named in honor of his brother. The park was officially dedicated on October 25, 1971 – six years to the day after Governor Burns confirmed that Disney World was coming to Orlando. In the dedication ceremony, as well as written on the plaque that now sits at the entrance of the Magic Kingdom, Roy Disney declared,

Walt Disney World is a tribute to the philosophy and life of Walter Elias Disney… and to the talents, the dedication, and the loyalty of the entire Disney organization that made Walt Disney’s dream come true. May Walt Disney World bring Joy and Inspiration and New Knowledge to all who come to this happy place… a Magic Kingdom where the young at heart of all ages can laugh and play and learn — together.