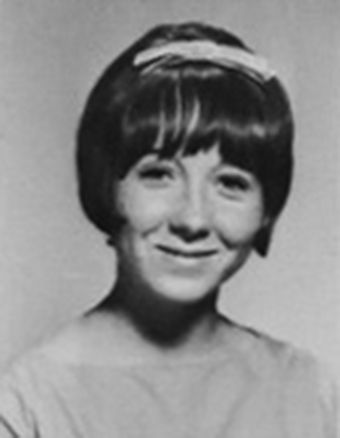 In Sacramento, California on September 5, 1975, a young woman with a .45 caliber handgun approached President Gerald Ford while he was walking with a group of well-wishers on the Capital grounds. The would-be assassin, Lynette “Squeaky” Fromme, got within two feet of Ford before a Secret Service agent grabbed the gun and forced her to the ground.

Squeaky Fromme had been a member of the Manson Family, the group of young people, mostly young women, who were devotees of Charles Mansion. (You may remember Charlie as the mastermind behind the 1969 Tate and LaBianca murders that were later immortalized in the book Helter Skelter.)

A few of the Manson girls were still hanging around in 1975, and were still pretty nuts. Squeaky got it into her head that she was personally responsible for the fate of the California redwoods, and was angry as heck at the government for not being environmentally responsible enough and hastening their demise. But instead of writing her legislators or joining a Save the Redwoods group, Squeaky thought shooting the POTUS seemed a more reasonable plan of action.

When film from Fromme’s trial was released in 2013, it included footage of President Ford on the witness stand, which was the first time in U.S. history that an acting president provided oral testimony in a criminal trial.

Ford recalled a “weathered” looking female in brightly-colored clothing approaching him as he was walking through the crowd. “She appeared to want to either shake hands or speak, or at least wanted to get closer to me,” he said.

Then Ford saw the gun poke through the mass of people, but didn’t see the face of the person wielding it. “It was simply the hand with the weapon in it, at a height between my knee and my waist, approximately.” Then the Secret Service lunged on the attacker and pulled Ford away from the scene.

Witnesses remember hearing a clicking sound when Fromme aimed the gun at Ford, and her shouting, “It wouldn’t go off!” When she was brought to the ground by the Secret Service she was heard to say, “It didn’t go off. Can you believe it? It didn’t go off.” (In 1980, Squeaky insisted that she intentionally ejected the top round because she was not determined to kill the guy.”)

Fromme was found guilty of attempted murder and given a life sentence. She escaped from prison in 1987, but was apprehended two days later and received more jail time for her 48 hours of freedom. She was released on August 14, 2009 and lives in New York State with another ex-con.