This Day in History: September 19th- Charlie Chaplin vs. the United States 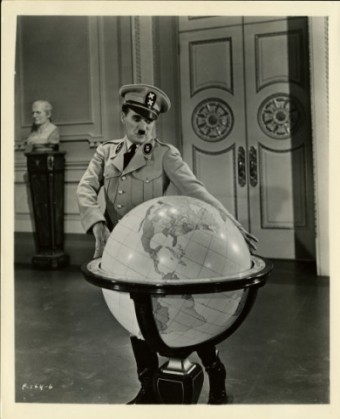 “A democracy is a place where you can express your ideas freely—or it isn’t a democracy.” – Charles Chaplin

During the Red Scare of the late 1940s and early 1950s, legendary actor and film maker Charlie Chaplin, who never gave up his British citizenship and was well-known for his liberal politics, ran afoul of the U.S. Government and was refused re-entry to the country on September 19, 1952, where he had been living and working for almost forty years.

Charlie’s personal life and political leanings had always been off-putting to those of a more conservative bent, and by the post-World War II years he was openly accused of being a Communist. Chaplin denied this, instead labeling himself a “peacemonger.” The FBI wanted him out of the U.S., especially J. Edgar Hoover, who was officially investigating him by 1947 in the hopes of digging up enough dirt to make it happen.

Although not a member of the Communist Party, Charlie believed the U.S. government’s efforts to stamp it out was a violation of free speech and an infringement of civil liberties. He was vocal in his opposition to the trials of Communist party members (although his friends advised discretion), and the existence of perhaps the most ironically named committee in U.S. history, the House Un-American Activities Committee.

As Cold War paranoia grew, questions were raised in the press about Chaplin’s failure to become a U.S. citizen. Many wanted to see the comedic genius deported, including a Congressman from Mississippi who declared in June 1947, “His very life in Hollywood is detrimental to the moral fabric of America. If he is deported, his loathsome pictures can be kept from before the eyes of the American youth. He should be deported and gotten rid of at once.”

The final straw came when Charlie and his family were in London for the premiere of his latest film Limelight. When he was crossing the Atlantic on his way to England, U.S. Attorney General James McGranery revoked Chaplin’s reentry permit. McGranery stated that if Chaplin wanted to return to the US, he must agree to an interview concerning his political views and personal life.

Chaplin had had enough of McCarthyism. Privately he had remarked, “Whether I re-entered that unhappy country or not was of little consequence to me. I would like to have told them that the sooner I was rid of that hate-beleaguered atmosphere the better, that I was fed up of America’s insults and moral pomposity.” He sent his wife Oona back to the land of the “free” to settle their affairs, then the Chaplin family settled happily in Switzerland.

Over the next two decades, Chaplin made more films, wrote books, re-released some of his classic movies, and received the respect and renown he never had garnered in America. At least until 1972, when the Academy of Motion Picture Arts and Sciences gave Chaplin a long overdue honorary award for “the incalculable effect he has had in making motion pictures the art form of this century.”

Charlie was hesitant about returning to the U.S. after 20 years to accept the award, but in the end decided to go. Chaplin received a hero’s welcome and was visibly moved when he received a 12-minute standing ovation, the longest in history of the Academy.